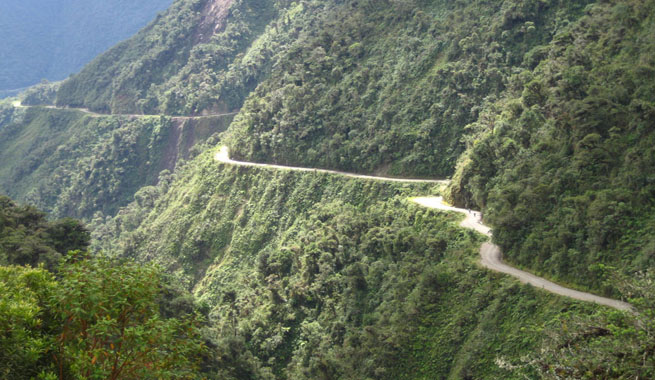 It is in Bolivia and it is one of the most dangerous passable roads on planet Earth. This is demonstrated by the incredible and dire number of fatal accidents that have occurred over the last few years on this road and which, unfortunately, continue to occur (of course, in smaller numbers).

It is the highway that connects the capital of Bolivia, La Paz , with the Yungas region, in the northeast of the country. 80 kilometers of extreme risk that have given it the name, more than adequate, of the Highway of Death. 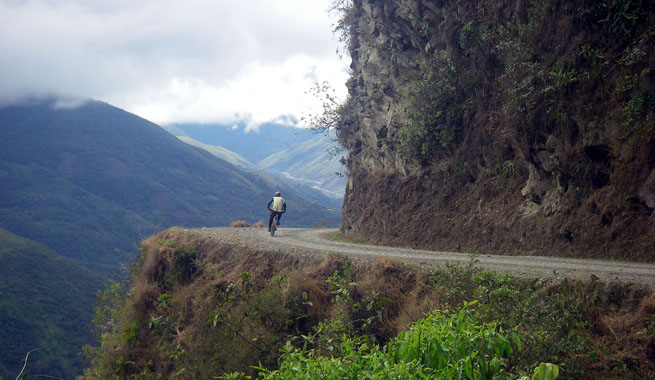 It is one of the most dangerous roads in the world, and very famous, unfortunately, due to the number of accidents that, until recently, occurred on it every year (more than 200 accidents a year with almost a hundred deaths of half). It is one of the few roads, although it would be more accurate to speak of a road, that connects La Paz with the Amazon rainforest in northern Bolivia. It was built in the 1930s and today it continues the same as then (well, more deteriorated, of course), with a single lane that in many places does not exceed three meters in width and without barriers of any kind that protect vehicles from fall down the very high cliffs that line the route.

📖  Curiosities about the Eiffel Tower

As if all this were not enough, the usual thing in the area is that it rains and there is fog and bad weather , with which traveling on this road becomes almost a suicide, since the visibility conditions are almost nil. The Highway of Death leaves from La Paz and ascends to a place called "La Cumbre" (at 4,650 meters above sea level, and then begins to descend no less than 3,600 meters in about 64 km. This steep slope , and the abyss that borders it (a free fall of no less than 800 meters at many points along the way), make the trip extremely dangerous.

Since 2006 there has been a much less dangerous alternative road, so that today, most of those who travel the Highway of Death do so attracted by its macabre history and its dangerousness. There are several companies that organize routes for risky cyclists who descend through it with the mountain bike.