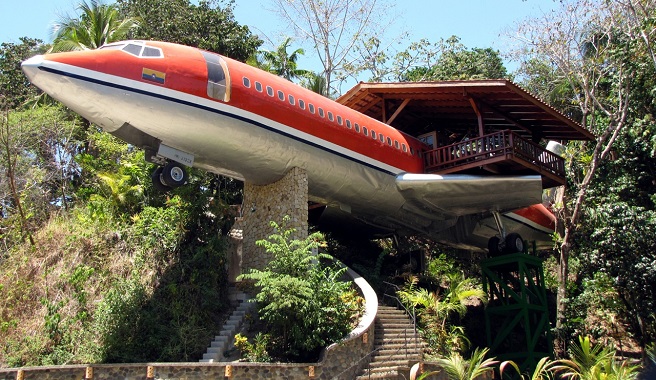 Would you like to be able to stay in the fuselage of an airplane? No! You have understood well! It is possible to do it in Costa Rica, specifically at the Costa Verde hotel, adjacent to the coast and the Manuel Antonio National Park, with incredible views of the Pacific Ocean.

The hotel, located three hundred meters from the beach, has three swimming pools with terraces and spacious rooms, studios and bungalows. All of them have a balcony with views of the park’s majestic coastline or views of the tropical jungle, dotted with toucans, sloths, coatis and monkeys. However, none of these rooms resembles the hotel suite, located, as we have just mentioned, in the fuselage of a Boeing 727 . Do you want to know more about it?

📖  The SHA Clinic Hotel, the best Spa in Spain 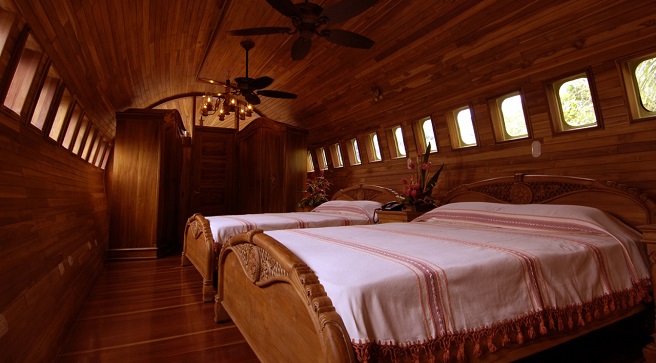 Abandoned at the San José airport

Before being isolated at the San José airport, where the hotel owners found it, this 1965 plane had been part of the South Africa Air and Avianca (Colombia) fleet. The owners transported the five main pieces in large trucks to the jungles of Manuel Antonio, while the furniture was hand- carved , made of teak from Java, Indonesia.

All kinds of details

The end result was a suite with two air-conditioned bedrooms, both with their own bathroom, a flat screen TV, a kitchenette, an entrance hall, a terrace with sea views, a private entrance made with river stone, a staircase. of snail and 360 degrees of gardens around. As you can see in the images, the fuselage is on a pedestal at no more and no less than 50 meters high. 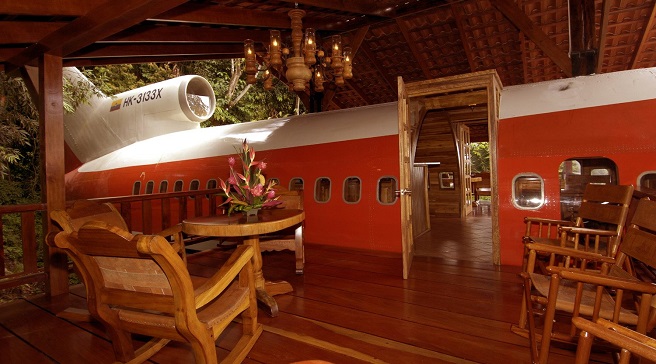 Apparently, the hotel owners were inspired by an article in "Forbes" magazine about a company that offers hurricane- proof Boeing 727 airframes. Intrigued, they found some new ways to bring comfort and luxury into this "prosaic piece of scrap aluminum." 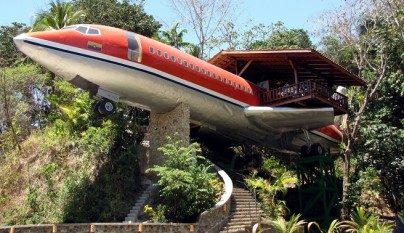 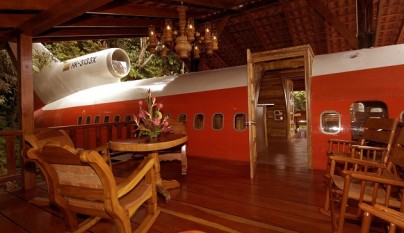 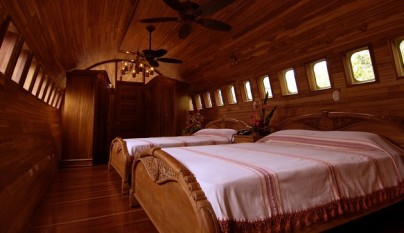 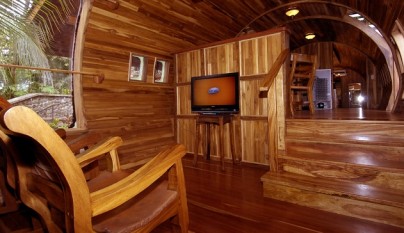 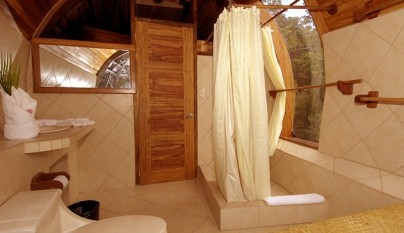 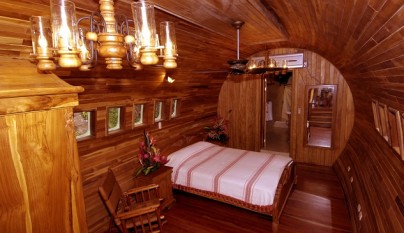 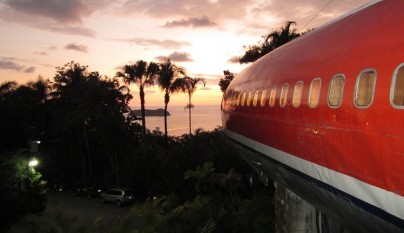