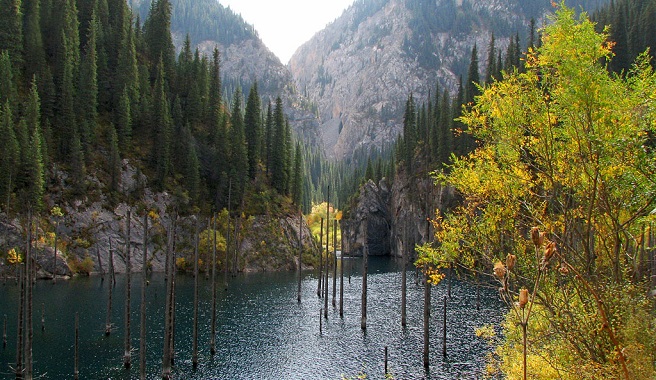 Have you ever heard of Lake Kaindy ? I have to admit that until now I was unaware of its existence, but after observing the photographs that you can see in the gallery that we attach at the end of the article, and knowing how such an amazing corner could have been formed, I am dying to see it in person.

Lake Kaindy is located in the Tian Shan Mountains, in Kazakhstan, and has the honor of being recognized as one of the rarest places in the world thanks to the forest that was submerged under water and is still preserved. Do you want to know how this has been possible? We’ll tell you then!

📖  Hotel run by blondes in the Maldives

The trees that you can see in the photographs are specimens of spruce schrenkiana that were flooded by a huge landslide, caused by an earthquake at the beginning of the 20th century. Since then, the trunks of the trees have been submerged and protrude above the water level like needles. 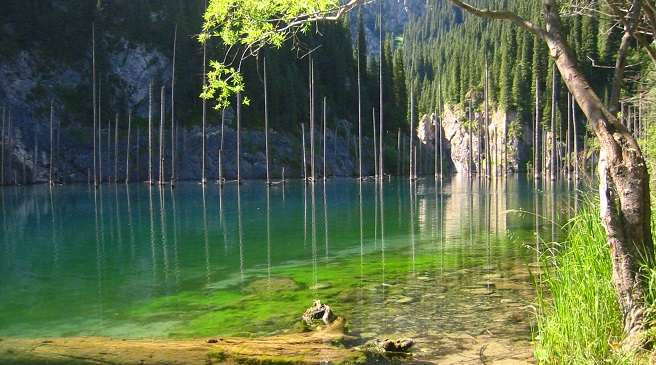 The lake is located at a height of 2,000 meters, is 400 meters long and reaches a depth of about 30 meters at some points. Because the water is so cold, it has preserved the tree branches below the water line. For its part, the algae give a feeling of trees that are still alive. All this produces an almost ghostly appearance.

Its color is caused by deposits of lime and other minerals that have seeped into the water since the lake was created just over a century ago. The closer you get, the clearer the water appears, practically like glass. Sometimes it is even possible to observe the trout that were introduced into the lake in 1930. 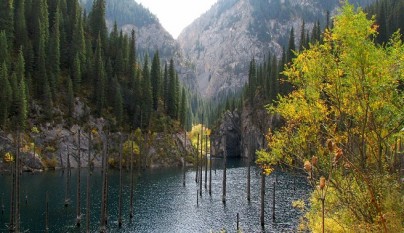 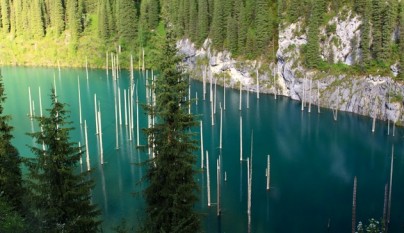 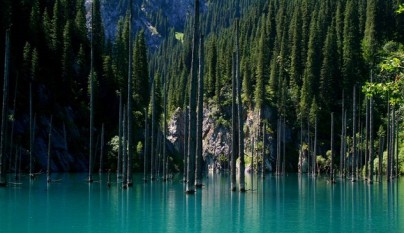 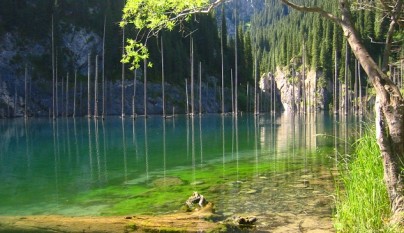 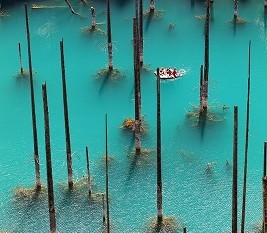 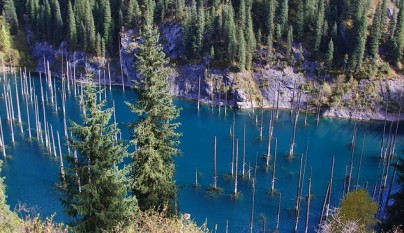 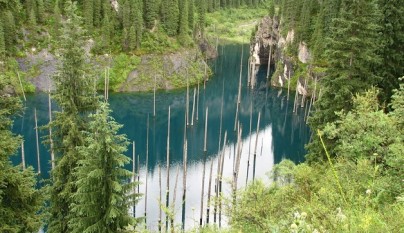 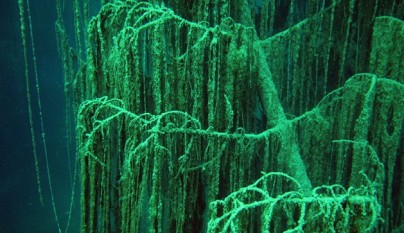