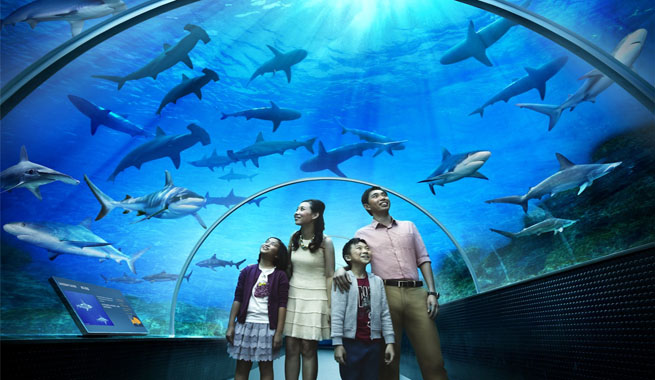 Do you like aquariums? Observe the different marine species as if they were in their own natural habitat? Well then you would love to visit the SEA Aquarium in Singapore. It is spectacular. For a reason it is the largest aquarium in the world.

The Singapore Aquarium is listed in the Guinness Book of Records as the largest on the planet , thanks to its more than 18 million liters of salt water. There is nothing. Today at Vuela Viajes we tell you some curiosities about this unusual aquarium. 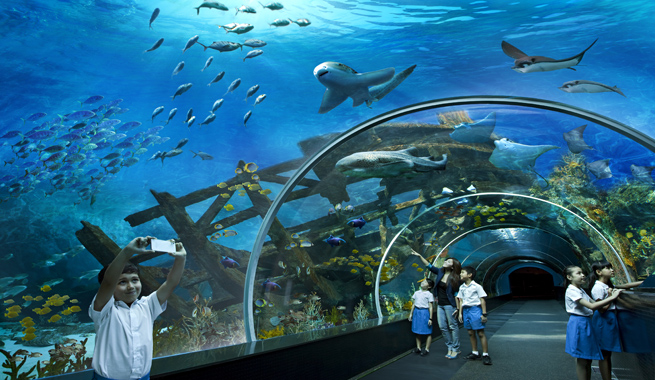 It is located in the Resorts World Sentosa , a multi-thematic resort of incredible proportions that, as its name suggests, is in Sentosa, Singapore. It was inaugurated in January 2010 and, since then, it attracts thousands of tourists every year.

📖  Visit Siena, the city of art

The aquarium has the largest acrylic panel in the world in its Gallery of the Ocean . There you can discover around 100,000 animals that belong to more than 800 different marine species. If you have the opportunity to visit it, you will be able to see stingrays, huge fish such as Goliaths or Napoleons, and even more than 200 sharks, as well as many other marine beings.

One of the things that tourists and visitors to the aquarium like the most is that it has tried to recreate different aquatic habitats , so that the marine species originating from each of these habitats can live and develop there. Among the ecosystems, the Andaman Sea and the Strait of Malacca, the Strait of Karimata and the Java Sea (south of Sumatra), the Persian Gulf and the Arabian Sea (which is one of the most beautiful and largest marine enclaves of the planet), or the Red Sea (with its huge variety of coral reefs). The visit to all these beautiful marine ecosystems is shocking, overwhelmingly beautiful.