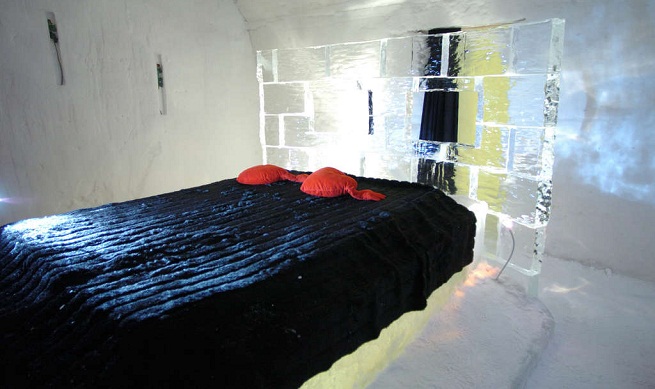 In the world there are a few ice hotels that, as the name suggests, are made of ice. It is clear that it is not a perfect accommodation to find warmth, but the truth is that it is very original and at least spending one night in it will be an experience. Today I would like to talk to you about the Quebec Ice Hotel, in Canada , which only operates during the winter season and is the most famous of all those of its kind in the world.

The Ice Hotel is one of those classified as "rare hotels", something obvious as it is made of ice. It is next to the town of Sante Catherine de la Jacques Cartier , in a county of the same name that belongs to Québec . It is the only ice hotel in America since it is normal for them to be in northern Europe. A marvel of architecture that is totally built with layers of ice, so to stay here it is essential that you like the cold. 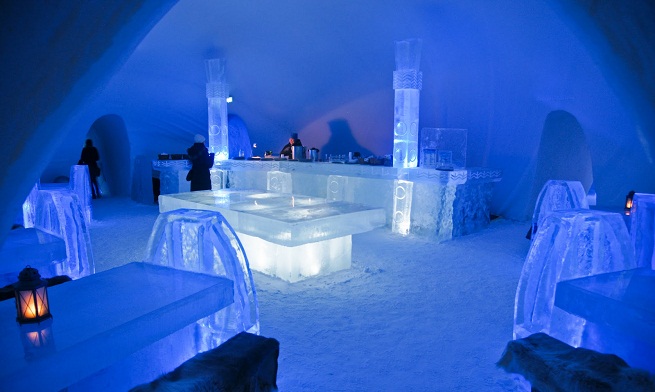 The rooms are also made entirely of ice, both the walls and the bed, which have strong blocks of ice so that the rest is cold but comfortable. It is usually open more or less from December to March, although that depends on when it starts to snow and when the cold ends as it then starts to melt, which is also a spectacle. It was inaugurated in 2001 and takes about 5 weeks to build each year, using countless tons of ice.

Despite the fact that the ice is cold both in temperature and in appearance, the truth is that its decoration is very original and colorful, having lighting of different colors to achieve a warm atmosphere as much as possible. The decoration in the rooms are works of art carved in ice, as well as very detailed furniture and decorative objects. There are 36 rooms and the average price is about $ 350 per night .

The hotel also has a chapel, a pub that has a great atmosphere at night and a disco where you can warm up by having some dances. All drinks are served, of course, in glasses of ice. The facilities are completed with a small space for relaxation in which there is a sauna . A unique experience that is surely worth trying at least once in your life.