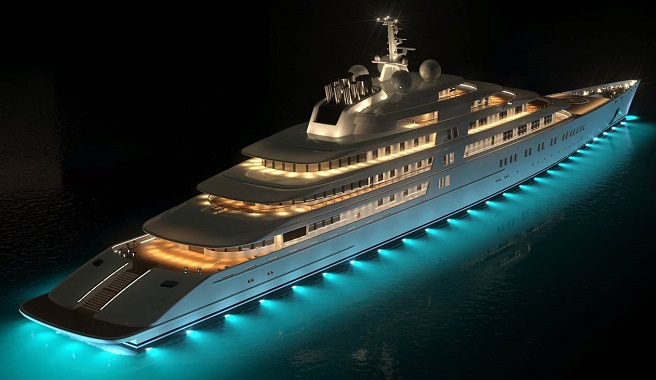 What do you think of the "little boat" in the photograph? It is called Azzam and at 180 meters long it is the world’s largest yacht ever built, dethroning the 165 meter “Eclipse” of Russian billionaire Roman Abramovich. Azzam has been acquired by the royal family of the United Arab Emirates.

This super yacht, manufactured by the German company Lürssen Yachts , has six bridges and a 550-square-meter hall, decorated in the imperial style by a French designer. To give you an idea of ​​how big the yacht gets, the ship is longer than 12 double-decker buses put together.

One of the fastest

But Azzam is not only the largest yacht in the world, it is also expected to be one of the fastest. According to the magazine “Yachts France”, the new boat can reach 31.5 knots, a real technical feat . This is possible because Azzam is powered by a combination of 2 gas turbines and two diesel engines, with a total of 94,000 horsepower. 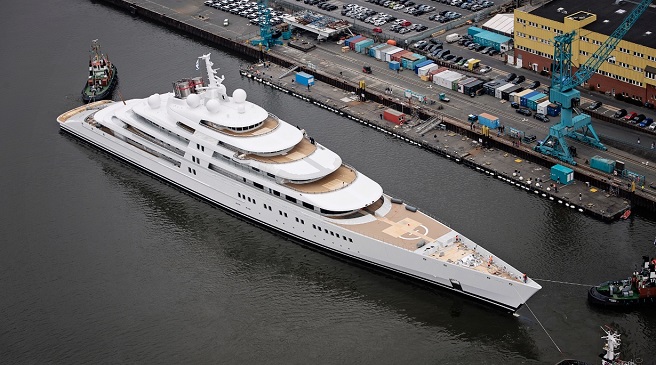 The identity of the owner

Although the company has wanted to keep the identity of the owner secret, it has been confirmed that the yacht has been built at the request of the president of the United Arab Emirates, Sheikh Jalifa ben Zayed al Nahyan , something that has not been surprised either, since the greater number of Ships of this type are concentrated in the Middle East (31), followed by Russia (19) and the United States (17). Apparently, the sheikh paid no less than US $ 627.4 million for its construction.

The third largest yacht, named Dubai , measures 162 meters and is owned by Sheikh Mohammed bin Rashid al-Maktoum, the Emir of Dubai. In fourth place is «Al Said» with its 155 meters, which belongs to the Sultan of Oman.

📖  The 4 most profitable games in an online casino