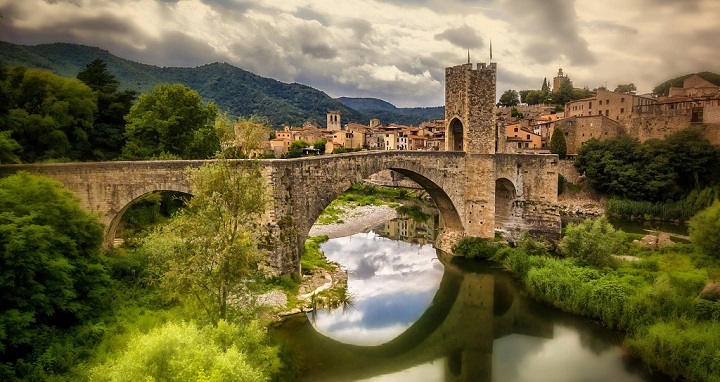 One of the things we can do in Spain that we cannot do in other countries of the world is to travel back in time. Yes! You read that right! Logically, we are not speaking literally, although almost. And there are many towns and cities that have been preserved as they were centuries ago, so walking through them can be an incredible experience. And in Catalonia you can find some of them.

Today we want to tell you about one of the best preserved medieval towns in Spain. We are referring to Besalú , considered one of the most beautiful towns in Catalonia. And it is that this National Historical-Artistic Complex will allow you to travel to the Middle Ages. Do you want to discover this beautiful place more thoroughly? Well, you just have to join us!

It is not surprising that Besalú has been a Historic-Artistic Complex since 1966, since many monuments of the Medieval Town can be found here. In fact, it is practically impossible to find a town with so much heritage per square meter. Belonging to the Garrotxa region, this town is located 150 meters above sea level and has an area of ​​4.81 square kilometers. Thanks to its geographical location, the population settled here in ancient times and it has always been a meeting place between different cultures, which has favored the enrichment of the town’s heritage. 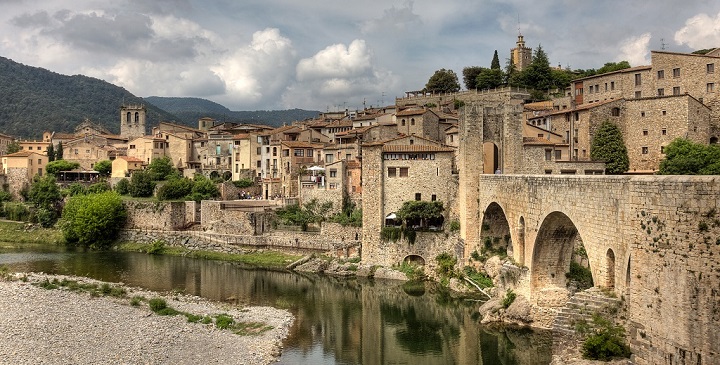 The original name of this town was Bisuldunum , which made reference to the fact that it was a fortress located between two rivers: the Capellades to the north and the Fluviá to the south. As soon as you cross the stone bridge that leads to the historic center, one of the main attractions of the place, you will be fully immersed in the Middle Ages , since you can walk through stone streets and contemplate important historical monuments, such as the churches of Sant Pere, Sant Vicenç or Santa María, which combine Gothic elements with other Romanesque; the Palace of the Royal Curia, which served to administer justice; or the Romanesque house Cornellá. Of course, we cannot forget the important heritage that has been preserved from the Jewish community, which lived in the town from the 11th to the mid-15th century. Among them, the Jewish baths stand out. 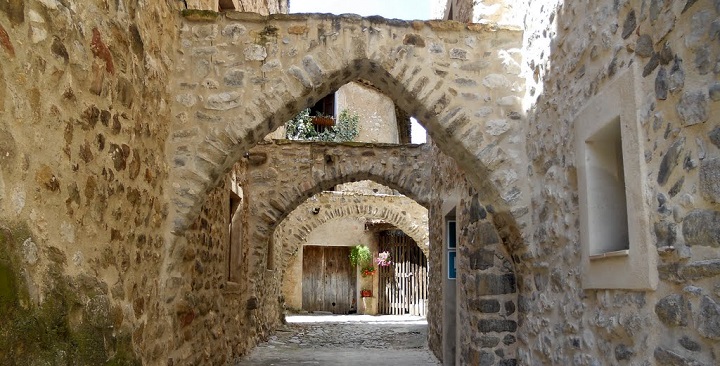 As we have just mentioned, the bridge that leads to the old town is one of the great attractions of Besalú. And it is that this original seven-arched construction from the 11th-12th centuries, although it has undergone several reforms over the centuries, is really fascinating. At the end is the Portal del Pont (Bridge Portal), which is protected by a fortified tower. 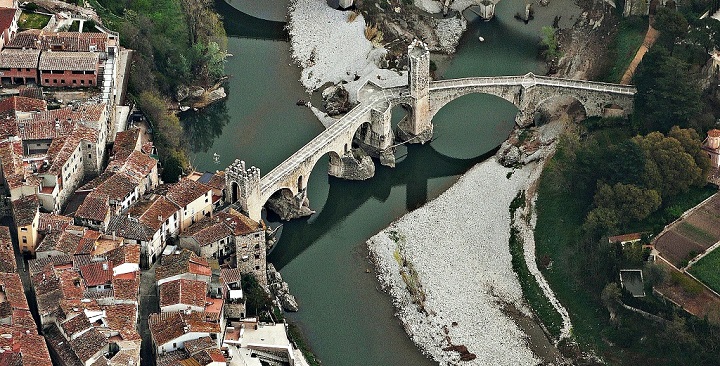 Any time is good to visit Besalú, but if you want your trip back in time to be complete, we recommend that you do it during the Medieval Fair, which normally takes place on the last weekend of August or the first of September, like this year. . During these days, the center of the town is transformed into the old county offering all kinds of shows and typical products of the time. Best of all, the streets are filled with characters who play troubadours, musicians, jugglers, court figures … Of course, there is no shortage of craft, souvenir and food stalls. In addition, you will be able to observe medieval fights with historical weapons. The only bad thing is that to enjoy this spectacular medieval fair you have to pay, although it is worth spending the 3 euros for the entrance. 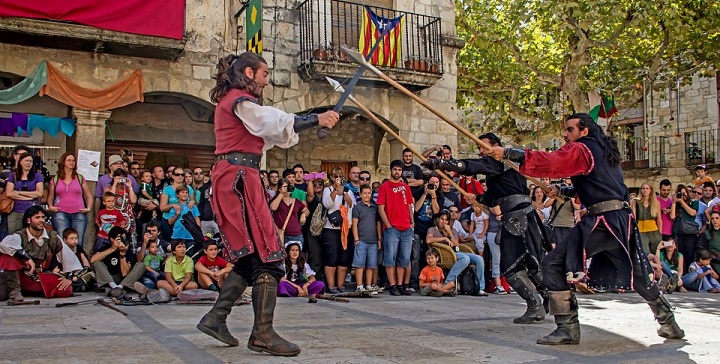 Then we leave you with our gallery , where you will find more beautiful photographs of the medieval town of Besalú. Do not miss it! 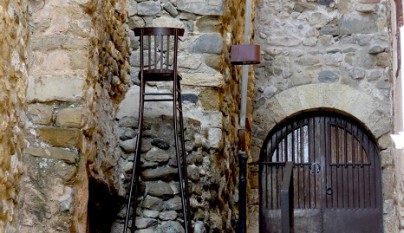 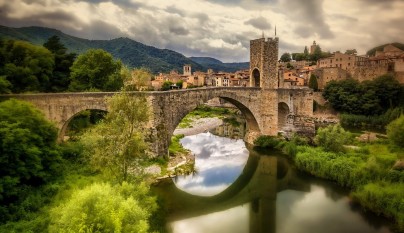 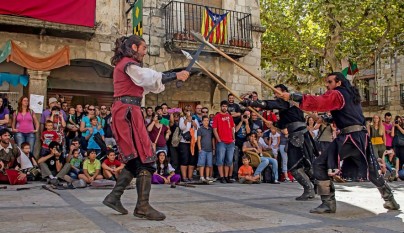 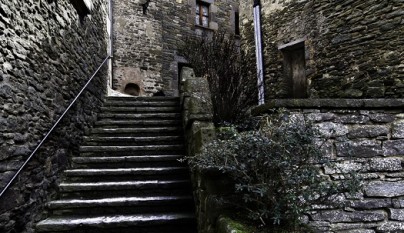 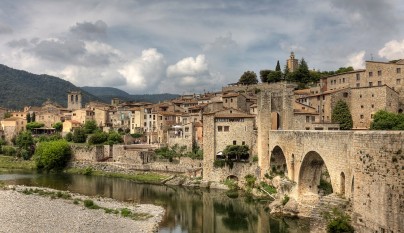 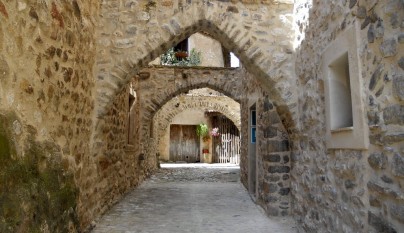 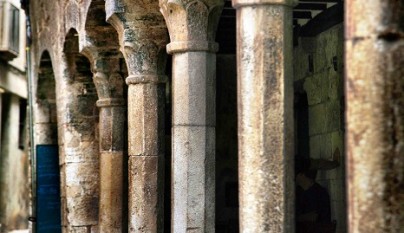 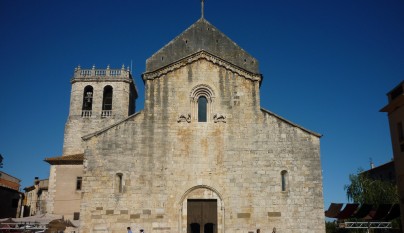 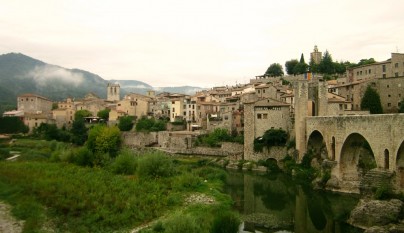 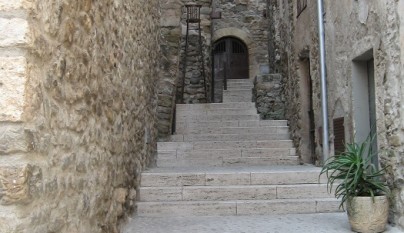 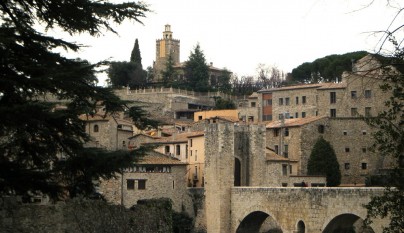 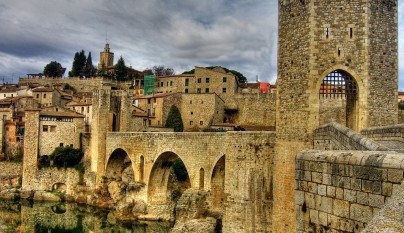 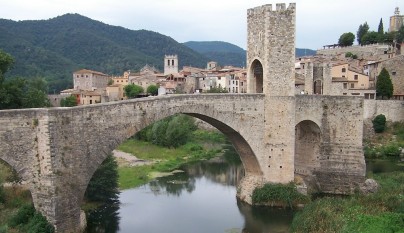 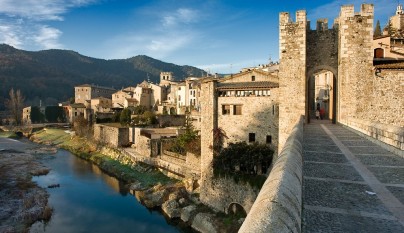 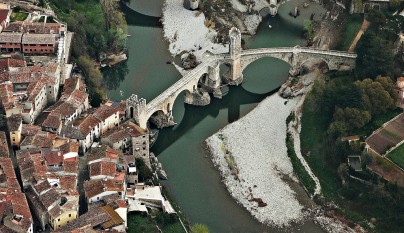