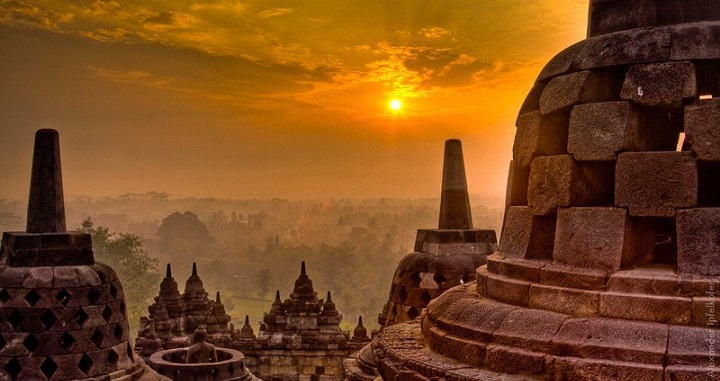 What do you think if we start the week in one of the most exotic destinations of the moment? We refer to Indonesia , a country that stands out for its natural landscape, being able to find volcanoes with deep valleys, paradisiacal beaches or intense jungles; and for its cultural legacy, which is preserved in the form of temples and handicrafts. Of course, you must be very clear that Indonesia is much more than Jakarta, its capital, and its well-known island of Bali.

For example, today we want to tell you about the Borobudur Complex , considered the largest Buddhist temple on the planet. This wonder made by the hand of man more than 1,200 years ago, combines the art of sculpture and architecture with symbolism, using constructive techniques of Hinduism and teachings of Buddhism. Today it is one of the most important pilgrimage centers in the world, as well as being one of the most visited attractions in Indonesia. Do you want to know this temple and its surroundings more thoroughly? Well, you just have to join us!

Located an hour from the spectacular city of Yogyakarta, this Buddhist temple is more than 1,200 years old. In fact, its construction was completed in 850, although it was abandoned in the 14th century. It was not until the early 19th century that the monument was rediscovered by the then governor of Java, the British Sir Thomas Raffles . And it is that the temple was hidden under a layer of volcanic ash and dense vegetation. Over time, it gradually became the symbolic place it occupies today in Indonesia. As you can see for yourself when you see the images that we offer you in the gallery, it arises from the earth in the shape of a pyramid. Curiously, its name, which comes from the Sanskrit "Vihara Buddha Ur", means something like "Buddhist mountain temple", although it is located on a low ground. In fact, it is the temple that rises up like a mountain. 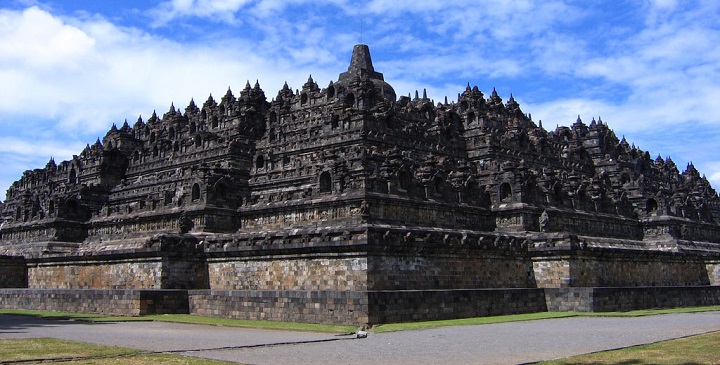 The temple has six square-shaped terraces that are adorned with sculpted murals. The three circular terraces located in the upper area stand out, which break this pyramidal structure of which we previously spoke. Here we find 72 hollow bell-shaped stupas, each with its respective Buddha inside. On the upper level we find the central stupa, which represents the "eternal truth" and symbolizes a lotus flower, which is the sacred flower of the Buddha , floating on the waters of a lake. Keep in mind that each of the platforms is related to a stage of spiritual enlightenment. The temple underwent some restorations when it was rediscovered, although its main remodeling took place from 1975 to 1982. Later, Borobudur was inscribed on the UNESCO World Heritage List.

📖  What to eat in Indonesia 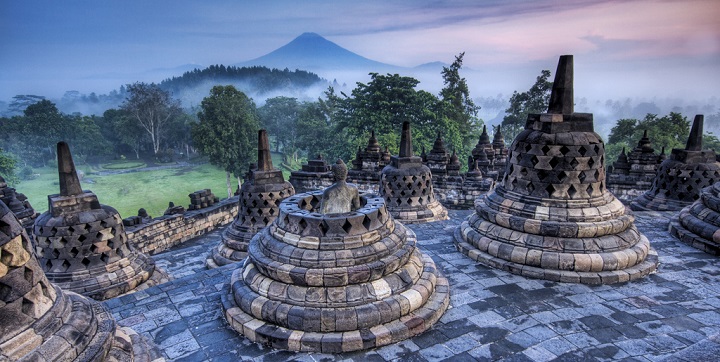 Entering to visit this impressive Buddhist temple will cost you 220,000 rupees, which is equivalent to about 13.50 euros. Of course, the ticket will be for half the price if you have the student card, so don’t forget it. If you want, you can see Borobudur at sunrise, a highly recommended experience , since in addition to visiting the place without so many tourists, you can enjoy a unique landscape. The bad thing is that the entrance will be much more expensive. In addition, there is a drawback that must be taken into account if you decide to do the excursion in this part of the day: you will have to take a taxi to be able to arrive so early. 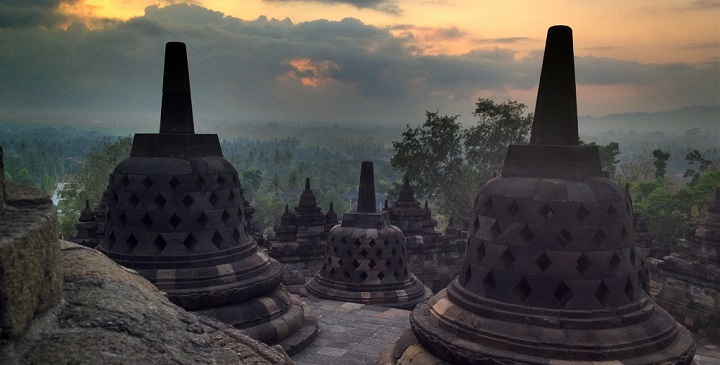 In addition to the temple, Borobudur’s surroundings stand out, where you can contemplate volcanoes and surprising vegetation. Then we leave you with our gallery , where you will discover more images of the Borobudur temple. Do not miss it! 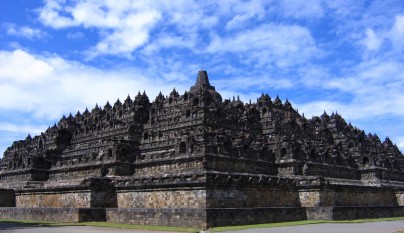 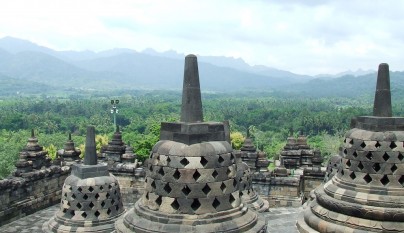 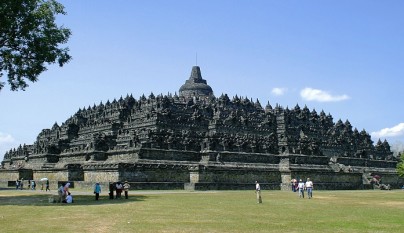 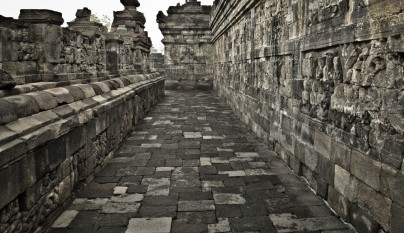 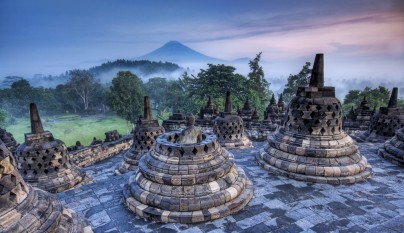 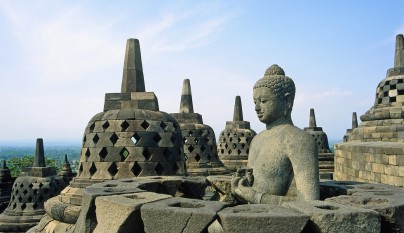 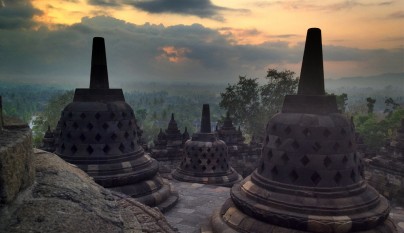 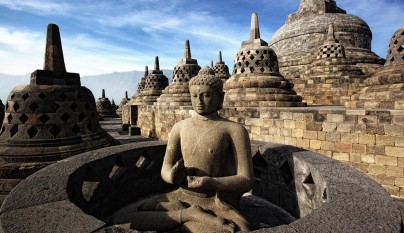 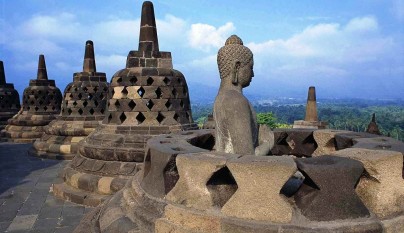 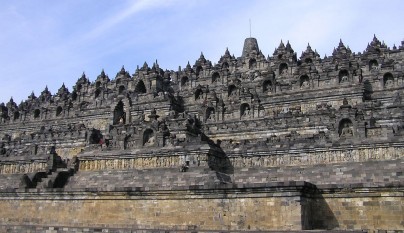 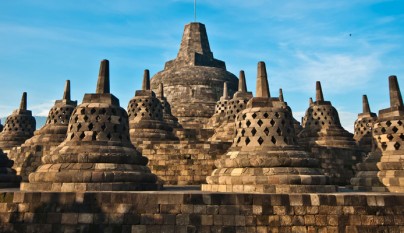 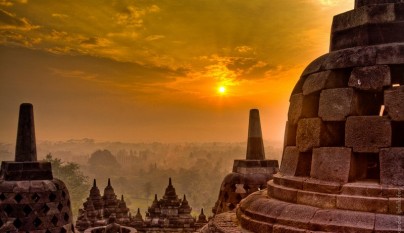