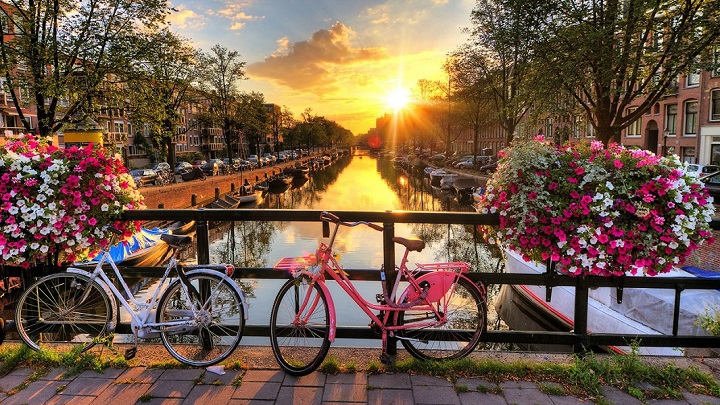 Are you thinking of making a getaway to a European city? What do you think of Amsterdam ? Without a doubt, the capital of the Netherlands is an excellent choice, as this city combines a historical atmosphere of the 17th century with the mentality of a modern city, so the climate is most pleasant and relaxed. In addition, you will love the intimacy of its streets, squares and canals and its lively nightlife thanks to its young tourism. Of course, it must be borne in mind that the city is at the forefront of Europe when it comes to shows, museums and art.

Normally, you only have a few days to visit Amsterdam, so today at Vuela Viajes we want to talk to you about those places that you should visit if you have the opportunity to travel to this modern and lively European city. Would you like to join us?

How could it be otherwise, we have to start by talking about the Red Light District, the most touristic area of ​​Amsterdam. Located in the old part of the city, it surprises with its many red and neon lights, which adorn the picturesque windows in which scantily-clad women are exhibited. 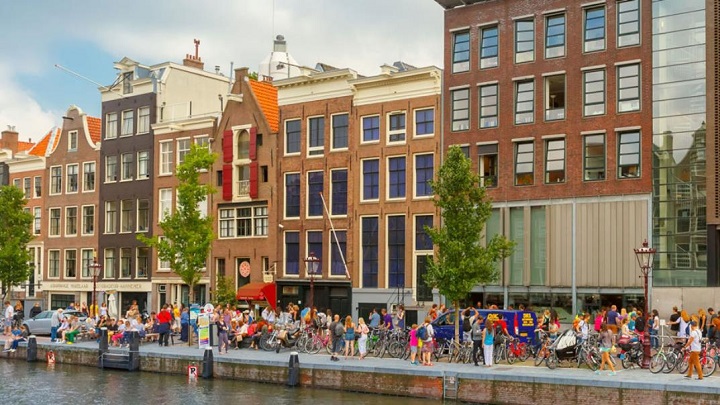 Of course, we also have to talk about the Anne Frank House, which is located in the center of Amsterdam. It is the house where Anne Frank and her family hid during the Nazi invasion in World War II. It was here that he wrote his famous diary. 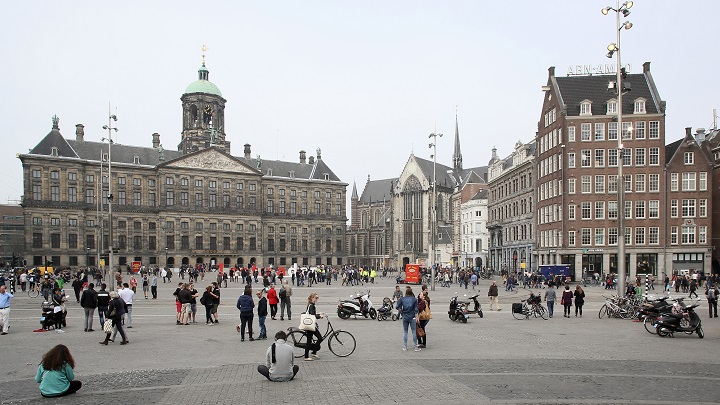 Another place that you should visit if you have the possibility of traveling to the Dutch capital is Dam Square, considered the most important square in Amsterdam, from which the city was created. Here you will find a good number of historic buildings and monuments. 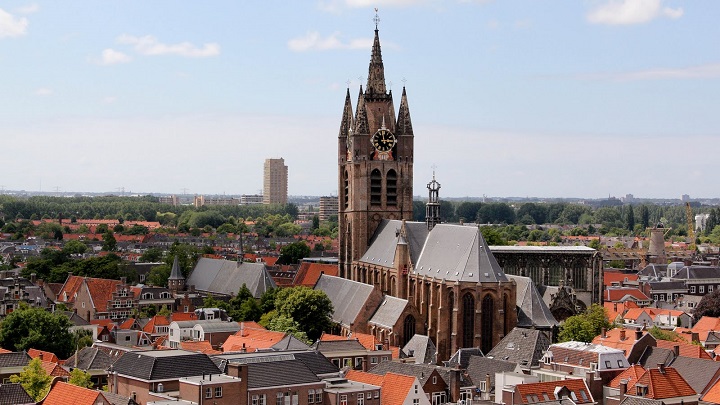 As in many other European cities, in Amsterdam there are also religious buildings that are worth visiting, such as the Oude Kerk (Old Church) which, built in 1302, is considered the oldest monument in the city. Also recommended are the Nieuwe Kerk (New Church) and the Westerkerk, which offers wonderful views from its tower. 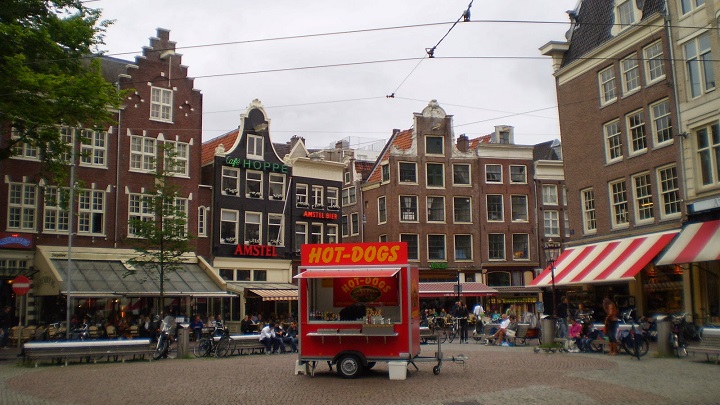 We continue our tour of Amsterdam in Spui Square, a place that until 1882 was a body of water that marked the limit of the city. Today it is an ideal place to go for a walk, to get works of art or to have a coffee. 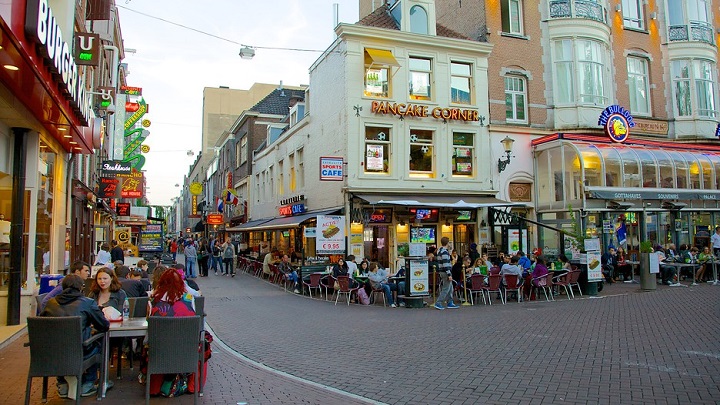 Another place worth visiting is the Leidseplein, one of the liveliest areas of the capital of the Netherlands. Thus, you can find a lot of bars, restaurants, cinemas, theaters, nightclubs, street artists, shops … 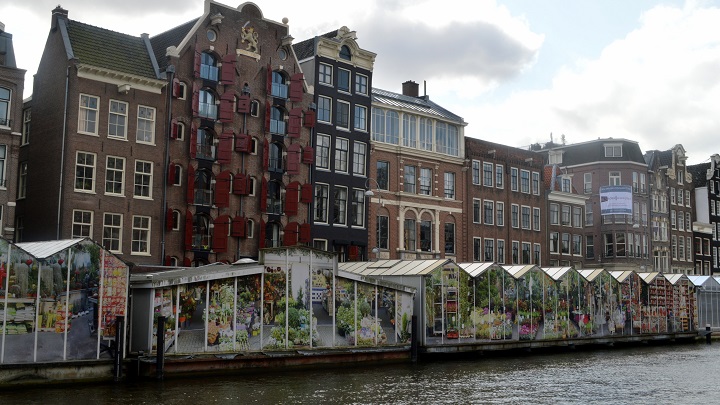 The Bloemenmarkt, a famous flower market active since the middle of the 19th century, could not be missing from our list. It is important to bear in mind that it is a floating market located on platforms and barges, although it is something that is hardly noticeable. 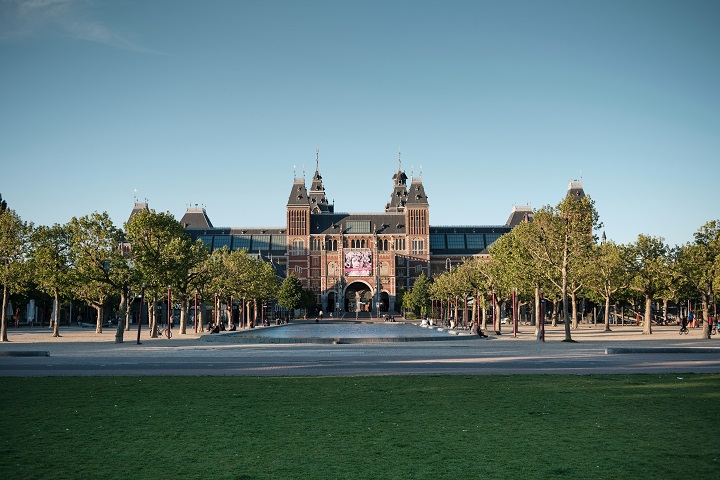 If we talk about museums, the most important is the Rijksmuseum, the National Museum of Amsterdam. Here you will discover the largest collection of paintings from the Dutch Golden Age. It is considered the best museum in the country. 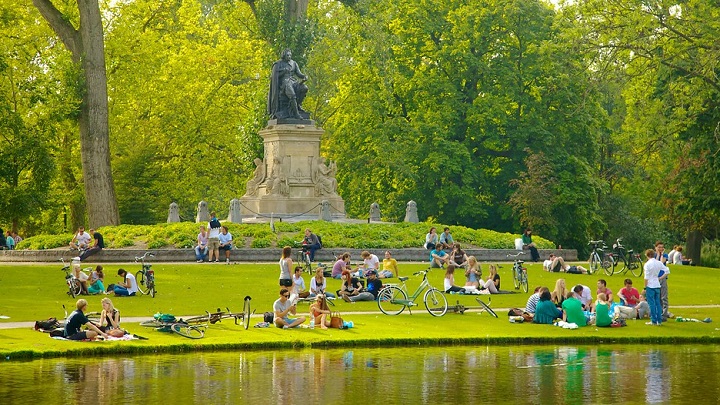 Another must-see is the Vondelpark, the most famous park in the city. It has about 470,000 square meters and in it you can find a lot of plant species, as well as small animals. It is an ideal place to walk, cycle, eat outside, practice sports or simply relax. 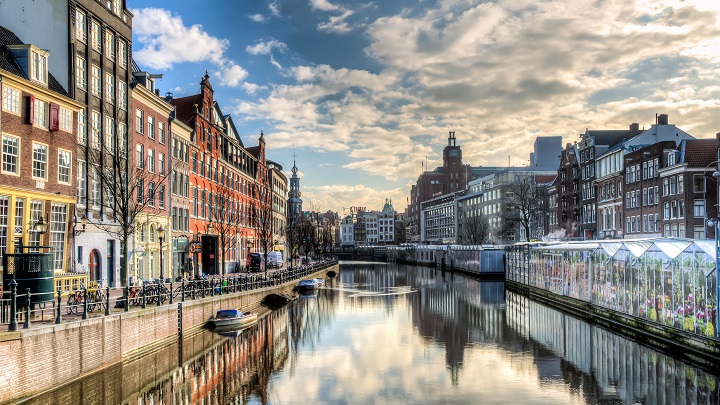 Last but not least, we have to talk about the canals, one of the symbols of the city. And it is that more than 75 kilometers of these currents cross Amsterdam. In them you can find the well-known floating houses.