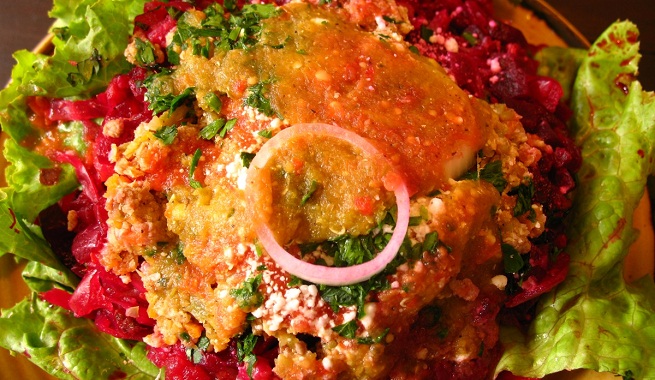 Yesterday I wrote a post about Mexican gastronomy and today I would like to write about that of another country: Guatemala , undoubtedly another very interesting country in many ways and especially culinary. Guatemalan cuisine is characterized by having very nutritious, tasty dishes with influences from other cuisines but especially from the Spanish one.

Among the basic ingredients of this gastronomy are beans , chicken, corn, red meat, turkey, avocados, cheese, chili peppers, coriander, parsley and similar spices. With all of them, the most typical dishes of Guatemala are prepared and seasoned and here are a few:

– Jocón : It is a chicken meat broth that is made with potatoes and whiskey (although it may seem like it, it is not an alcoholic drink but a local vegetable that is called that).

📖  Travel to Antigua at Easter

– Pepian : It is made with meat, various vegetables and various spices.

– Bananas with mole : One of the most delicious dishes made with Guatemalan cocoa, bananas, sesame and cinnamon.

– Rooster in chicha : Rooster meat is slowly cooked until it softens a bit, then seasoned with a sauce made of raisins, plums, cinnamon, panela and pineapple liqueur.

– Pork Revolcado : Various parts of the pork and the head are cooked in a non-spicy chili sauce. It is always accompanied by rice.

– Desserts : There are many and all of them delicious. Among the most popular are quesadillas, buñuelos, waffles, peaches in syrup, yuca pancakes or coconut sandwiches. There are also typical sweets in various regions such as stuffed figs, cocadas, caramelized oranges or milk quills.

In addition, in any corner of the country you can find different typical dishes and peculiarities of each region, as happens in Spain with each Autonomous Community. A real pleasure for the palate.