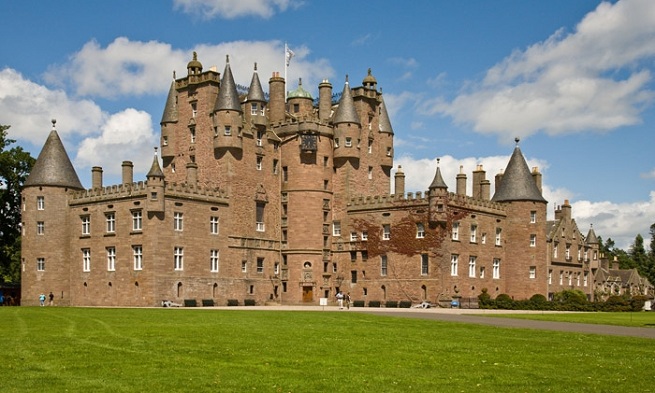 If you are followers of this blog you will already know that I love castles, especially those that are surrounded by spectacular natural environments like the one I bring you today. Glamis Castle is considered the most enchanted of all there are in Scotland and is surrounded by multiple legends about everything that happened within its walls centuries ago. It is in the town of Glamis and has its origin in the early 15th century, although in the 11th century a hunting lodge already existed in that place, which they say is what gave rise to the castle.

Among its many legends you can find some romantic and other terrifying, although they are simply that, legends, and it is very difficult to know if they really are things that happened. It is said that there is a monster that lives inside and also that there is a mysterious window that can be seen from the outside but that does not really correspond to any of the rooms or corridors of the castle.

Another legend says that one of the Earls of Strathmore was playing cards with some relatives on Saturday night (important since when it was Sunday midnight they could no longer play) and that when the time approached the earl began to shout saying that before finishing his game he preferred to condemn himself and risk death. From that day on, both the count and his friends were eternally condemned to continue with the game in one of the rooms of the castle.

One of the most famous parts of the castle is Duncan’s Hall, the place where Macbeth is said to have murdered King Duncan, although according to the play that murder took place at Macbeth Castle in the Scottish city of Inverness. Legends aside, the castle is surrounded by forests and gardens that will make your visit unforgettable.