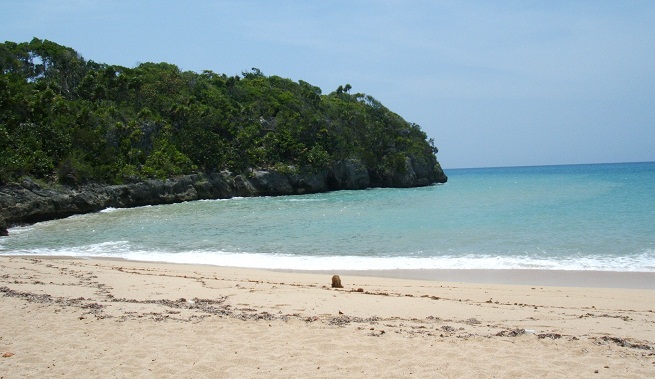 If there is a landscape that characterizes the James Bond films, it is the beaches, which appear in many of their installments and that is why they become world famous if they were not already. Today I am going to write one called James Bond Beach but which, curiously, has never appeared in any of his films, although it is undoubtedly a nice tribute.

James Bond Beach is in Jamaica , specifically the parish of Santa María, on the north coast of the country. It is a really beautiful beach and worthy of being called paradise, and it is not far from other interesting destinations such as Ocho Ríos, which is only 20 minutes away by car. The town where the beach is called Oracabessa and in it you can find a lot of tranquility and a perfect place to spend a day, or more, of rest.

This beach is also very quiet as it is not one of the busiest, but it is definitely worth visiting, especially as long as not everyone discovers it and it gets full of people at all hours. Not many people go either because it is not in sight, so to get to it you will have to ask, so many people prefer to stay in the most popular ones. In addition, you have to pay to access it, although the change costs about 4 euros (350 Jamaican dollars). All the money is invested in the maintenance and cleaning of the entire beach.

📖  The best beaches in the Caribbean

It’s named after Ian Fleming , the author of the 007 novels, wrote some of them on this beach, so it’s a well-deserved tribute. In fact, on the beach there is a small space called "Golden Eye" , just like one of the films and which is the exact place where Fleming used to sit to write to be inspired by such a beautiful landscape. In addition, there is a bar called MoonRaker and also a restaurant and even showers, so it is a beach where you will find everything you need to spend a good day in the sun.