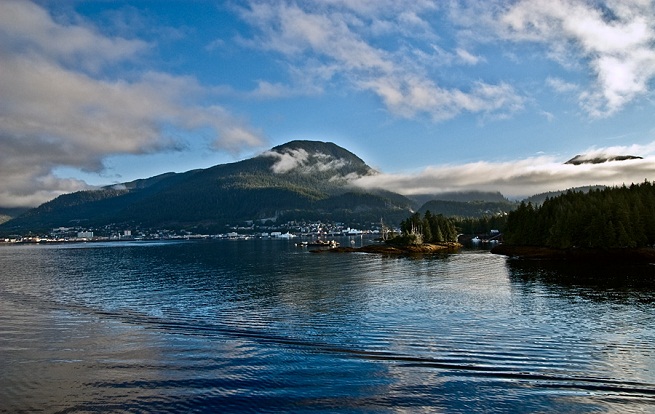 I remember a television series that had been on TV for years and called "Doctor in Alaska". At that time I was not such a fan of television and also not much with my age, but what I remember perfectly is how spectacularly beautiful all the landscapes were and how welcoming the town where the protagonist lived seemed.

This comes to the case that the other day I came across a chapter of this series and it occurred to me to write an article about some of the places in Alaska since I never wrote about them and they seem fantastic to me. Although the series was filmed in a town called Roslyn… and that is in the state of Washington! A tremendous disappointment but I began to look for towns in Alaska to be able to tell you about one.

And searching by searching, I came, virtually speaking, to Kechikan , a town that has about 8,000 inhabitants and is the fifth largest in Alaska, so there it is as if it were a city. Originally it was a place where indigenous people lived, but with the Klondik Gold Rush it began to grow a lot and became a supply base town and port of entry for miners.

It is a beautiful fishing village that is considered the world capital of salmon , a title that in fact they have officially granted. It has grown so much in recent years that it has become one of the fixed stopovers made by all cruises that visit Alaska.

Despite being modernized, the indigenous past left a lot of mark and in the surroundings of Kechikan you can see a lot of Totem poles made by them. One of the most important attractions is the National Monument of the Fjords , which is also a spectacular landscape and in which you can explore the Misty Fiords thanks to a small cruise or take a plane excursion to fly over the impressive valleys of the area.