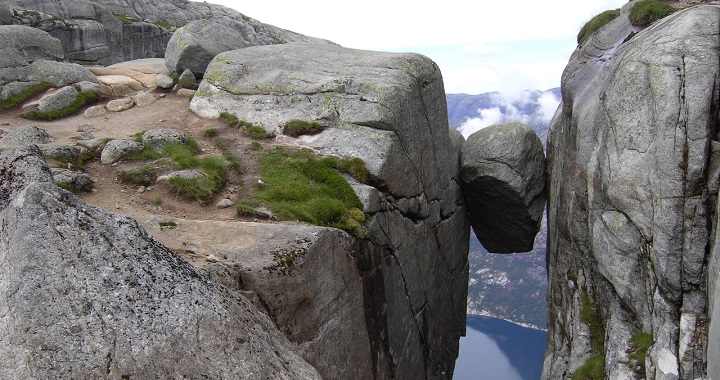 If there is an image that sums up the spectacular beauty of the Norwegian coast, it is, without a doubt, Preikestolen, better known as El Púlpito, where last October a Spanish tourist lost his life when he plunged into the void. However, this is not the only place on the Norwegian coastline that is breathtaking. And it is that the Nordic country boasts of having the most beautiful landscapes in the world with its mixture of water, rock and vertigo.

One of the most impressive places in the Norwegian fjords is the rock of Kjerag , which can get your heart racing to unexpected rates. Do you want more details about this place of vertigo? Well, watch out! 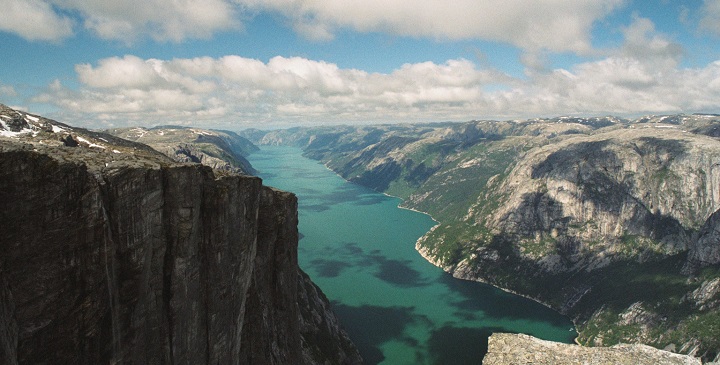 A rock suspended in the air

The Kjerag Bolt is an impressive block of stone that was wedged between two walls on the Lysefjord (Lysefjord), in Ryfylke, at 1000 meters above sea level and that gives the impression of being suspended in the air. And although most people who visit this beautiful place are content to enjoy the view of the fjord from the plateau, for many, the highlight of the excursion is being photographed on the Kjeragbolten

The photo of their lives

In the photographs it cannot be appreciated very well, but the truth is that the corridor to access the stone is quite narrow and, in addition, the rock is rounded. However, every year hundreds of brave people risk their lives to get the photo of their lives. In addition, the top of the mountain has become the ideal destination for practicing irrigation sports such as base jumping, a form of skydiving.

📖  The towns with the weirdest names in the world 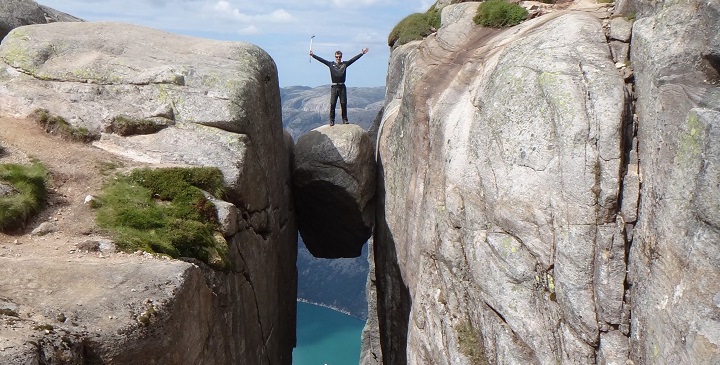 Would you dare to climb this rock of vertigo?