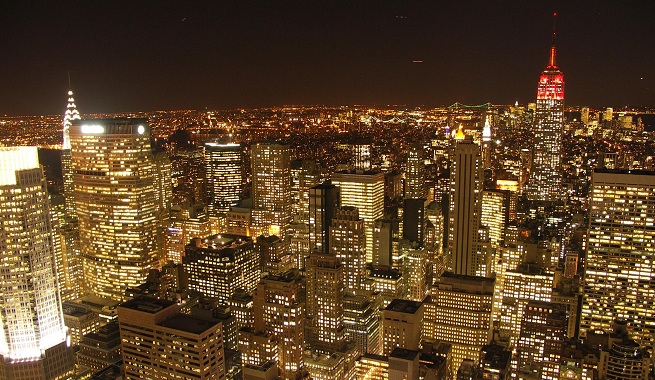 With 66 Michelin-starred restaurants, in 2013, New York was confirmed again a few days ago as one of the best places in the world to eat. Diversity is the most significant thing about a destination that must be visited at least once in a lifetime. Some restaurants have once again achieved a star as they did in previous years.

Some of the restaurants earned two stars, including the recently opened, 18-seat Atera run by chef Mathew Lightner, in Manhattan’s trendy TriBeCa neighborhood . Fifty-two restaurants, meanwhile, obtained a star, compared to 46 last year and among them we can find nine new entries. The Big Apple is in general this year the place to find up to five more restaurants compared to last year.

📖  How to get from Mexico City to Oaxaca

Michael Ellis , international director of the prestigious annual guides produced by the French tire company, explained that in the culinary field, New York maintains its great dynamism. The pace of openings and closings is unmatched. Sixty-one different cuisines are represented, from Persian to South African, through Peruvian, Greek, Austrian, Turkish, fusion …

Among the most notable trends , Ellis explained that there has been a strong inclination towards local produce and Nordic cuisine, as well as continued Japanese influence. Chefs have managed to focus on food rather than decoration. The young generation of chefs wants to express themselves through dishes, but not necessarily with a large investment in decoration. Three French restaurants won the top spots: Daniel, with chef Daniel Boulud, Jean-Georges with Jean-Georges Vongerichten, and Eric Ripert with Le Bernardin.