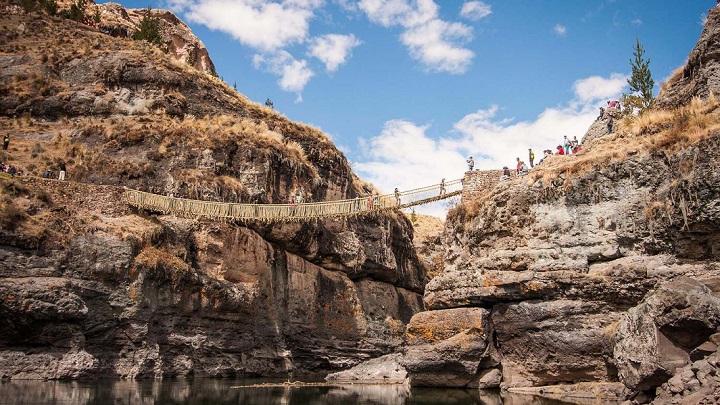 There are bridges that are surprising for their height, such as the Beipanjiang, the highest bridge in the world; others because they are an authentic jewel of engineering, such as the 1812 Constitution Bridge in Cádiz; and others for their beauty, like the bridges of Europe that we showed you a while ago. The one that we are going to show you below not only stands out aesthetically, but because it is renewed every year through a curious rite that comes from the Inca era.

We are referring to Q’eswachaka , a suspension bridge made with vegetable fiber that is located over the Apurímac River, in the province of Canas, in the department of Cuzco, in southern Peru. Would you like to discover more details? Well, you know what you have to do! Do not miss anything that we tell you below!

The Peruvian bridge that we show you today surprises by multiple factors. One of them is that it has existed since the Inca or Inca times, which flourished in the Andean area of ​​the subcontinent between the 15th and 16th centuries, covering about 2 million square kilometers between the Amazon jungle and the Pacific Ocean. The fact that it is renewed annually is also striking, especially since its maintenance is carried out through a curious rite performed by the communities of Winch’iri, Chaupibanda, Ccollana Quehue and Perccaro. 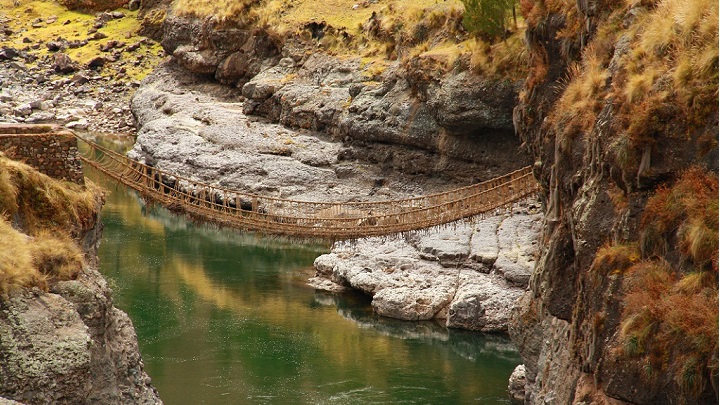 As we told you, this bridge is renewed every year by different Quechua peasant communities. They do it using raw materials and traditional techniques that come from the Inca period. And do not think that the work they do annually only serves to keep this communication channel in good condition, but that it serves the communities to strengthen ties between them. In addition, the bridge is considered a sacred symbol of the bond that unites these communities with nature, their history and their traditions. For this reason, renewal is linked to ritual ceremonies. 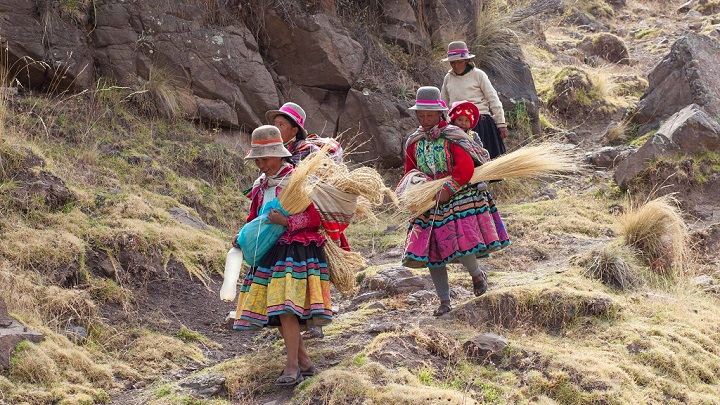 As explained from the UNESCO website, the renovation of the bridge lasts three days and begins by cutting straw and braiding it into six ropes of about 70 meters long that serve as a framework for the bridge. Apparently, the families carry out this work under the supervision of two master builders. The next step is to tie the ropes to the ancient stone bases found in the gorge. Afterwards, two master weavers direct and knit the bridge string advancing from both ends. When the work is finished, the communities celebrate it with a party. The ceremony begins every second Sunday in June.

📖  The best Natural Parks in the world 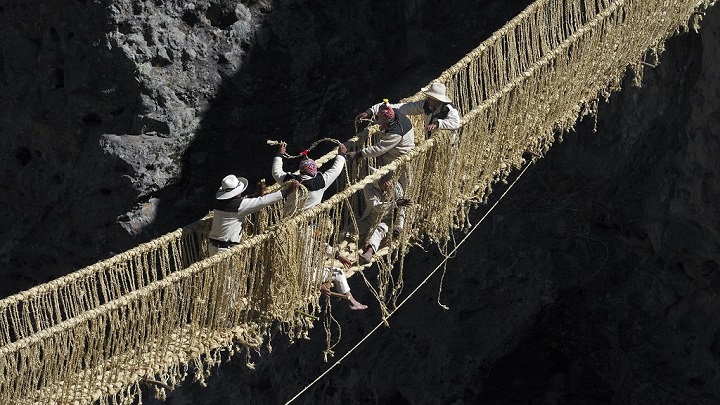 The Q’eswachaka bridge is about 28 meters long and 1.2 meters wide, and is made of vegetable fiber, a type of straw from the highlands known as ichu. On the other hand, it is important to bear in mind that it is located 50 meters high. One of the most surprising things is that the bridge is able to withstand earthquakes better than colonial stone bridges. The bridge is an obligatory passage of the Qhapaq Ñam, a network of roads that the Incas made to unite the entire Tahuantisuyo. How could it be otherwise, UNESCO has included this bridge in the list of Intangible Cultural Heritage of Humanity. The problem is that little by little less men participate because of the entry of other beliefs into the community. Then we leave you with our gallery , where you will find more images of this curious bridge located in Peru. Do not miss it! 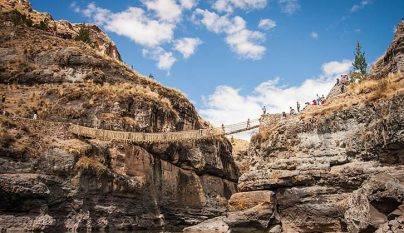 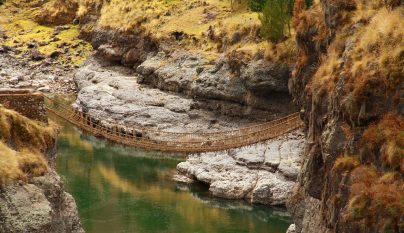 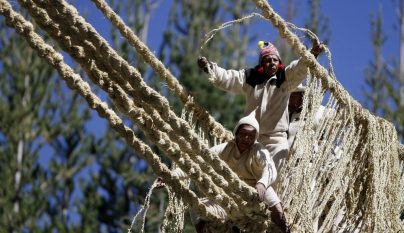 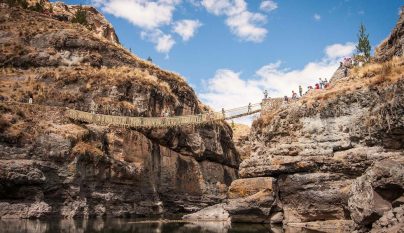 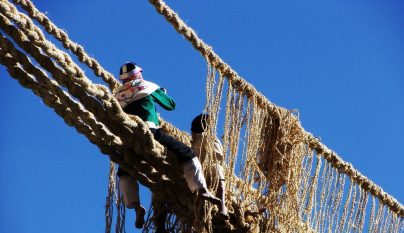 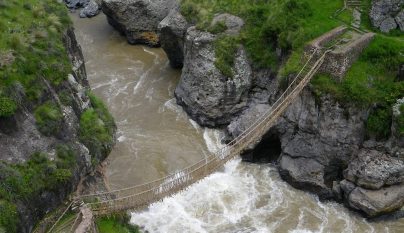 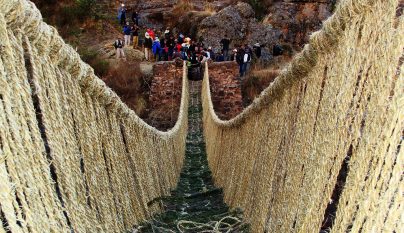 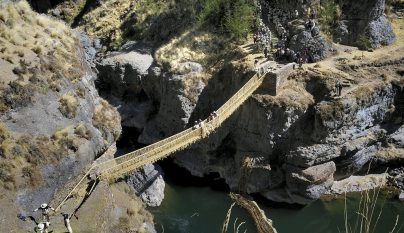 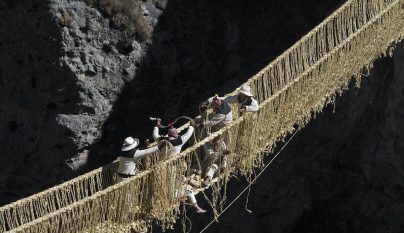 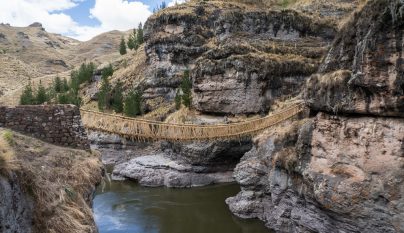 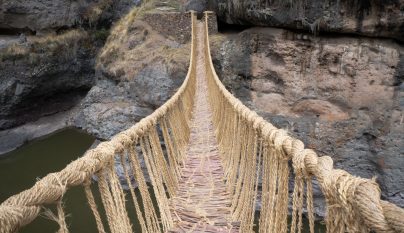 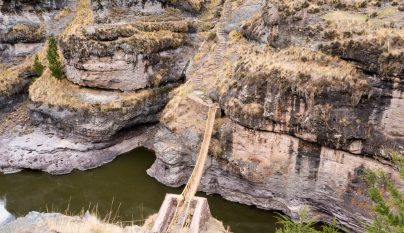 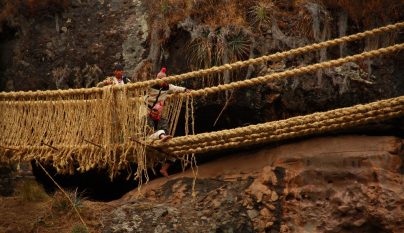 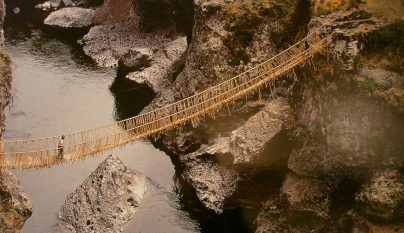 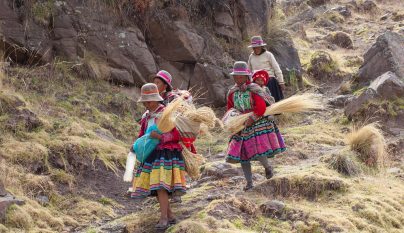 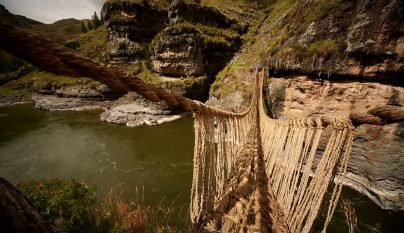 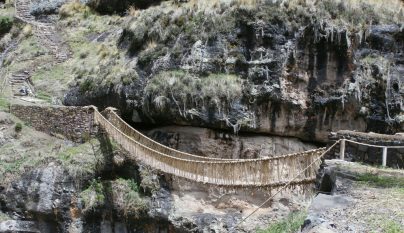 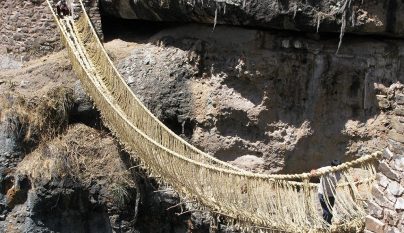 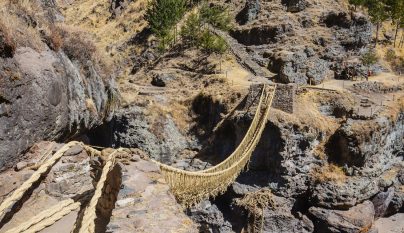