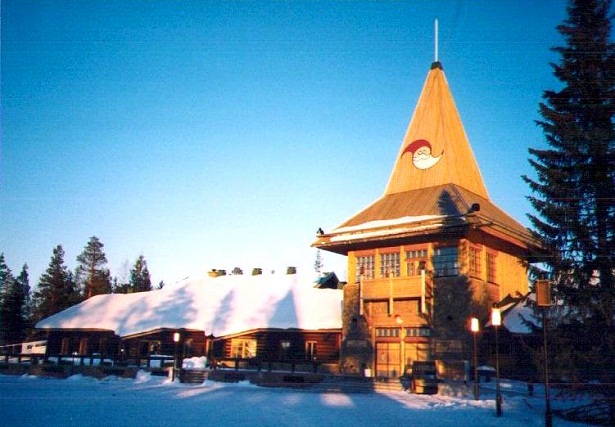 Tonight, in many parts of the world they will leave a glass of milk and two cookies so that when Santa Claus comes down the chimney he can have a drink and thus recharge his batteries, this is the busiest night of the year and has millions of homes to visit. . But, have you ever wondered where he lives and where he works? You will probably know them from a lot of movies, and now you can see it thanks to a theme park, the Santa Park , dedicated to him, his way of working and everything what surrounds you.

It is about 500 kilometers north of Helsinki , in Finland. In Santa Park you can find a school for elves where they all learn the difficult task of being Santa’s helper, a kitchen where all the gingerbread figures that you have seen and eaten so many times are made, discover the workshop where the toys and even see where the most beloved bearded man in the world lives. In addition, there is also a little train in which you can tour the entire park and see the most typical animals of Lapland. Entrance to the park costs € 25 for adults and € 20 for children.

📖  The countries with the best reputation in the world

In the central square of the park is where the shows are held, which, how could it be otherwise, are the most special, such as the Santa Park Show , where you will meet all the creatures that are in Lapland according to legend. The Ice Gallery is also spectacular, where you can see impressive frozen sculptures, although that exhibition costs an additional 7 euros , which if you don’t want to pay for them, you always have the consolation of seeing it through the window. Although for this year you no longer have time to go, they close it on January 10, you can start saving money so that your next Christmas will be the most special of your life, especially if you have children, since for them it will be incredible power to be there. If you do not mind living Christmas in the summer, in that season they also open it for a season.