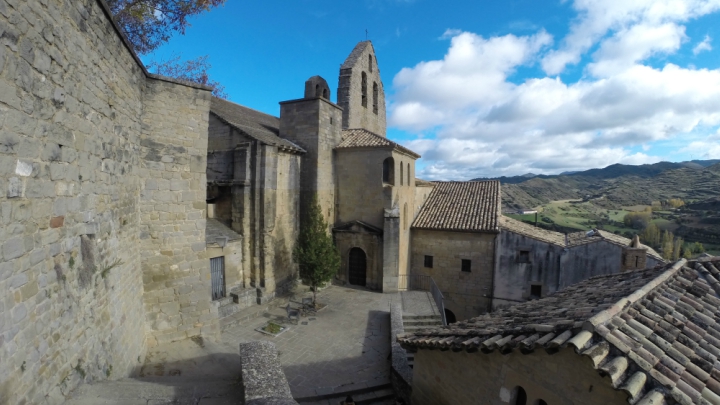 Strolling through the most beautiful corners of Spain is a pleasure for the senses. Today I want to stop at one that I especially like: Sos del Rey Católico . It is located in the Cinco Villas region, in the province of Zaragoza, and is part of the association of the most beautiful towns in Spain. In addition, it has recently participated in the Luce Tu Pueblo contest that every year makes an incredible Christmas decoration possible in the winning town.

Although Sos has not been a finalist, there is no doubt that we are facing a beautiful and good people . A town that is worth visiting and with a history, tradition and culture that must be known.

Sos del Rey Católico was a strategic point between the kingdoms of Navarra and Aragon. It conserves its walled enclosure with its seven access portals. The Plaza de la Villa is its nerve center, and from there the tour of its streets takes us to times gone by. Its stone houses tell us the story of what happened in this municipality. A story whose strong point is the birth of King Ferdinand the Catholic on March 10, 1452 in the Palace of Sada. Currently, this building houses the Interpretation Center of Fernando II of Aragón and the Tourist Office.

📖  The best beaches of Altea in Alicante 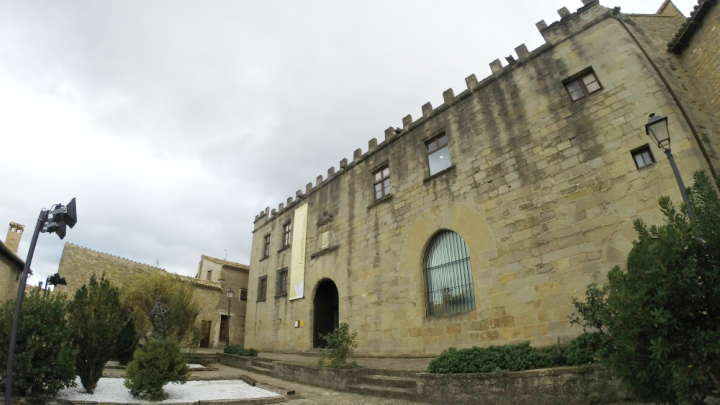 Sos del Rey Católico was declared a Historic-Artistic Site in 1968 . It is worth enjoying the guided tours that are organized in the municipality, since through the explanations of the guide we can learn much better about the history of the town. I had been to Sos on several occasions and it was on the last visit that I did this guided tour . Totally recommendable.

What can you see in Sos

There are many corners that I invite you to discover. The Town Hall, the Castle, the Santa Lucía hermitage, the San Esteban church, the Jewish quarter or the Lonja are several of the spaces that you cannot miss when you enter this beautiful town. Simply walking through its streets is already a pleasant experience, because you know that you are in a magical space where tradition weighs and where its houses and buildings are very well preserved. 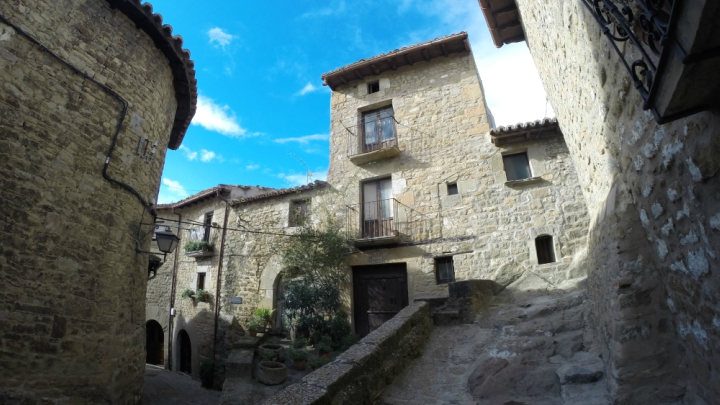 The upper neighborhood or the Jewish quarter

One of the most special places where you can stroll is the medieval Jewish quarter or the upper quarter, as it is known today. In its origins, it was made up of 30 houses that were distributed around a main street that led to the center and from which narrow streets came out, some with no exit (in fact, one of the streets in this neighborhood is called “Salsipuedes”). The Plaza de la Sartén is located in the center of the Jewish quarter and one of its houses we will see the remains of the history between Jews and Christians.

📖  The best Castles in Lanzarote

The Route of the Heifer

If you walk through Sos you will discover several sculptures in the shape of chairs, with phrases and with names of actors. In the summer of 1985 this town was the scene of the filming of the film La Vaquilla, by Luis García Berlanga. To honor the 25th anniversary of this shoot, these 12 chairs were made and also a sculpture by the director himself. You will find it at the entrance of the tunnel that leads to the crypt of the church. 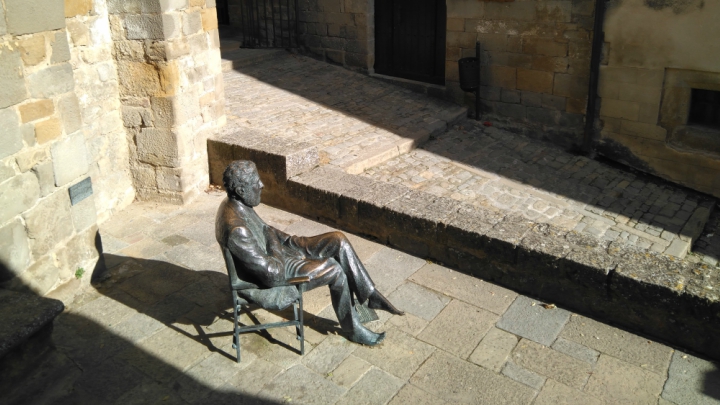 Another of my favorite places in Sos is La Lonja . Built as a space for the town council meeting during the Middle Ages and to locate the market, the municipal library is now located in its main building. The porticoed outdoor space is really wonderful.