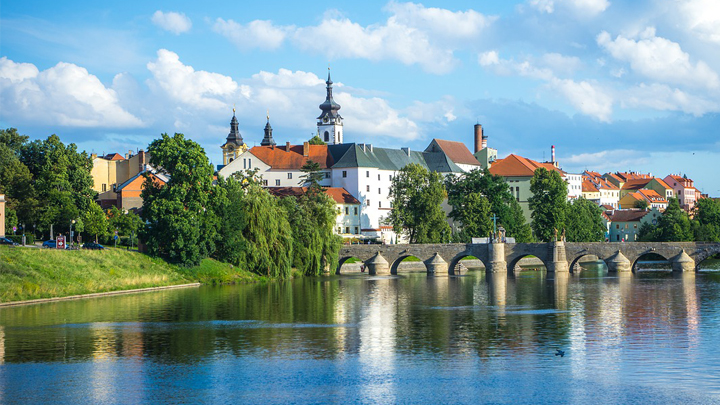 When traveling to the Czech Republic, you tend to visit its capital Prague and a nearby town. However, it is a country that has a lot to see and visit. For this reason, on this occasion, we are going to stop in South Bohemia because it is an area of ​​great beauty and very rich in art , but which is usually the great unknown or forgotten when it comes to tours of the Czech territory. And what is there to see here? Why is it worth going? We tell you some of the best proposals so you don’t miss them.

The town of Pisek is an obligatory stop to admire its magnificent Gothic stone bridge, which is the oldest in the country and in Central Europe. After taking a walk around its bridge and surroundings, the tour takes us to Hliboka nad Vltaovou , which is a castle dating from the 13th century, which was built by Czech sovereigns and renovated at the end of the 19th century by the Schwarzenberg family in a romantic style. . In fact, it reminds many of Windsor Castle.

This fortress has 140 rooms , 11 towers, a chapel and a 12,000-volume library, including Diderot’s first encyclopedia . Numerous antlers of deer and roe deer can also be seen due to the importance of hunting in those centuries, apart from a wide collection of weapons, trophies and stuffed animals.

All this is mixed with furniture, display cabinets, paintings, carvings and wood, porcelain and tapestries from Brussels and with an exterior with a large garden and a forest that surrounds the building. There is even a horse riding room. It is a dream place where it is possible to stay because there is a four – star hotel. 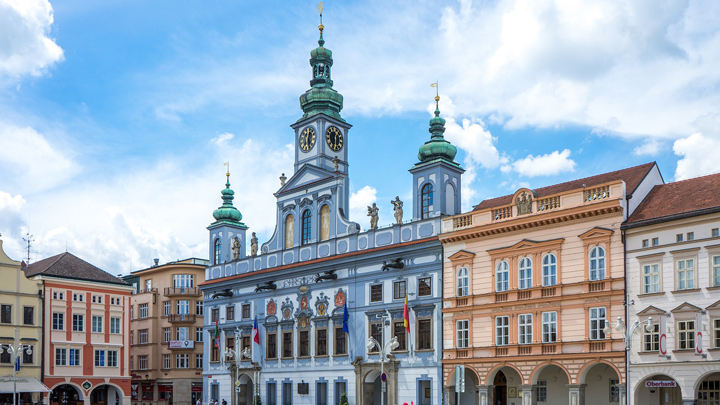 The next stop on the tour is Ceske Budejovice , which is popularly known as Budweis , the name of the beer. Not surprisingly, the brewery has been one of the main industries in this town for eight centuries. This town, which is one of the largest in South Bohemia, is very animated by beer and the student atmosphere that, above all, is concentrated in Ottokar II square , which is one of the largest and most beautiful in Europe. It is designed in the shape of a square with a side of 133 meters.

Also here it is worth admiring the Baroque Samson fountain in which he fights with the lion, as well as the emblazoned houses such as the Town Hall, which dates back to 1730. On its façade, you must pay attention to its clock and the statues of the four o’clock cardinal virtues : Prudence, Justice, Temperance and Strength.

And, of course, it is not convenient to miss the Black Tower , which is located next to the Cathedral of San Nicolás . It is striking to see its dark gray color due to the various fires that have affected it. But especially you have to enjoy its viewpoint, located 70 meters high, from which you can see magnificent views of this town.

The tour also takes us to Cesky Krumolov . This city is usually visited, but we are going to make a route through it. The main characteristic is its medieval and Renaissance charm. It has around 300 protected historical buildings , seven museums, four large galleries, theaters and auditoriums, among others.

The city, which is a World Heritage Site, also has the beautiful Namesti Svornosti square , which houses the town hall and small Renaissance buildings with pastel-colored houses. And of course, the castle is not missing, which is the second largest palace complex in the country. It was built in the 13th century and its style is Gothic, although later new constructions with other styles have been added, such as, for example, the Baroque.