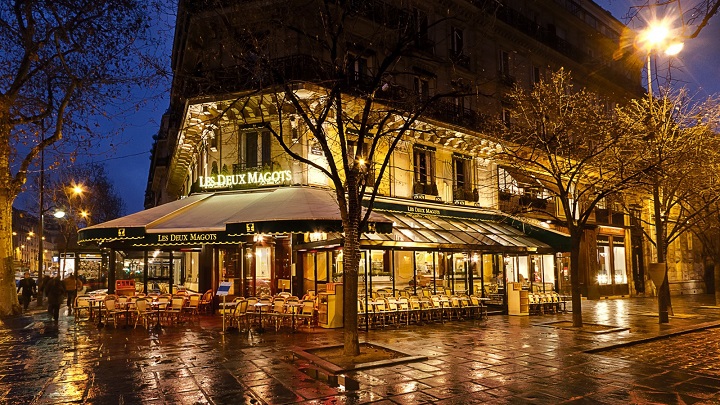 Your visit to Paris will not be complete if you do not have a drink in one of its many cafes. And we are not referring only to its centuries-old establishments, havens of artists, writers and intellectuals for decades, but also to the establishments specialized in coffee that have emerged throughout the French capital in recent years, being influenced by regions such as Scandinavia, Australia, New Zealand and North America, and introducing different techniques and beans from the best coffee producers on the planet.

The interiors of many of the most emblematic coffee shops in Paris are really beautiful, but in some cases it is also worth enjoying the coffee on the terraces, some of which have night tables and stoves to mitigate the low temperatures. And we must not forget that in the French capital smoking is prohibited on the premises. In addition, you will see that on many terraces the chairs are not surrounding the table, but facing the street so that customers can soak up the spirit of the city. Today at Vuela Viajes we want to talk to you about 10 coffee shops in Paris that you cannot miss. Can you come with us? 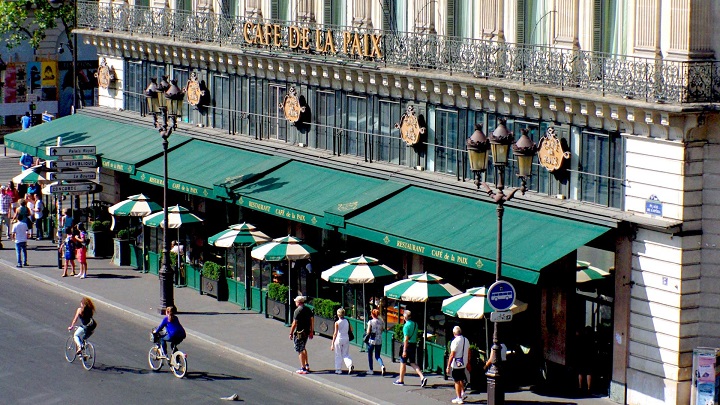 First of all, we want to talk about the Café de la Paix, which is located in the IX Arrondissement of Paris, at the crossroads of the Boulevard de las Capuchinas and the Opera Square. Inaugurated in 1862, it has been declared a historical monument by the French government.

📖  The spectacular Lot Valley in France 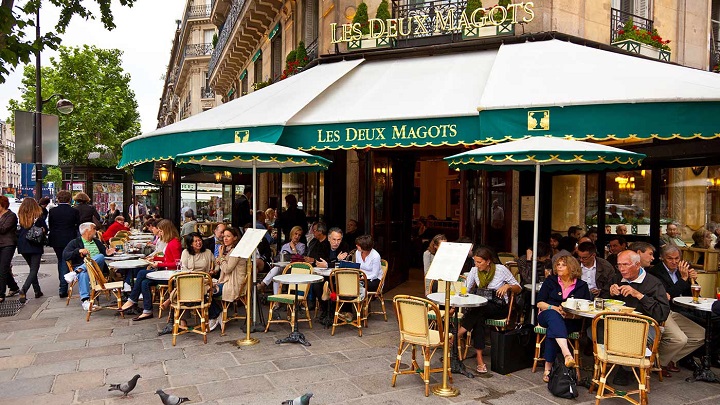 Another historic café in the capital is Les Deux Magots, located in the Saint-Germain-des-Prés neighborhood, in the 6th Arrondissement of Paris. Actually, the "magots" are two Chinese figures located inside. Many artists have passed through here: Hemingway, Simone de Beauvoir, Picasso, Sartre … 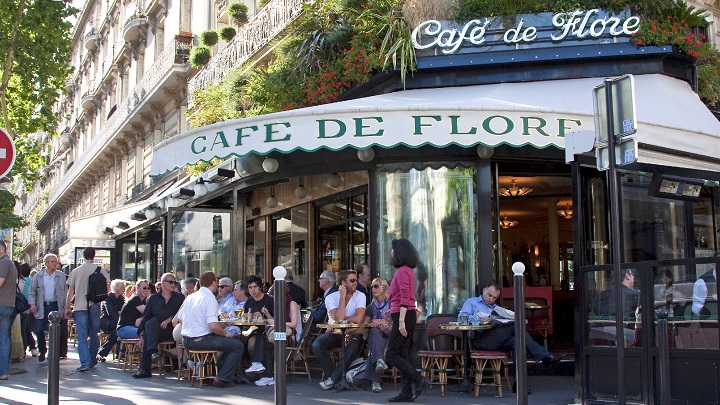 In the same neighborhood we find the Café de Flore, a café- brasserie that has been the cradle of the existentialist movement and witness of numerous conversations between intellectuals of all times. Today it is also well known for its hot chocolate. 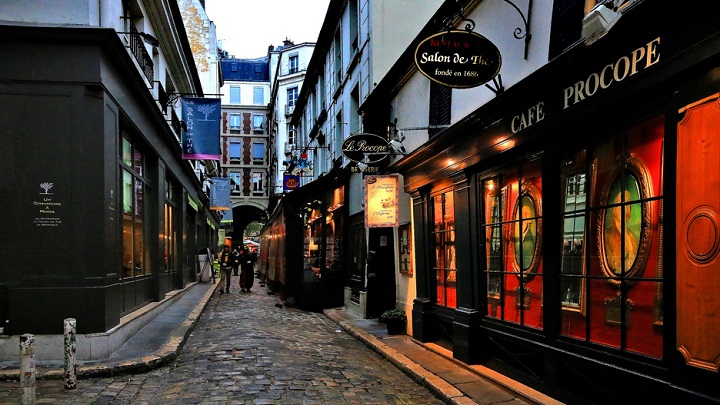 The Café Procope is considered the oldest café in Paris. And it was opened in 1686. Located in the 6th district of Paris, it has also been a refuge for artists and intellectuals. Even Napoleon was a customer of this establishment. 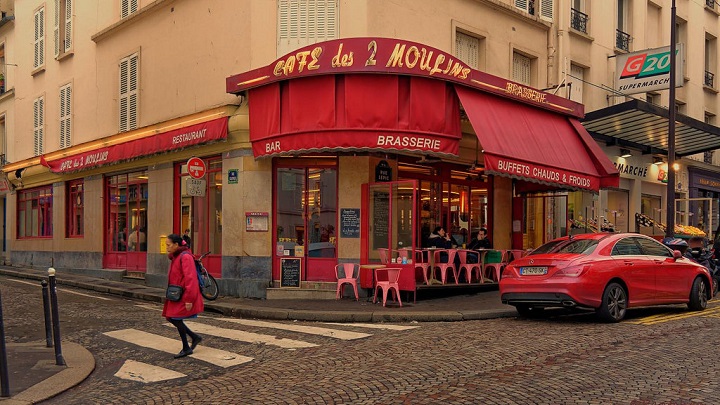 The Café des Deux Moulins, which is located in the 18th Arrondissement of Paris, became famous in 2001 thanks to the movie “ Amélie ”, since it was where the protagonist worked as a waitress. Its name comes from the fact that it is close to the Moulin Rouge and the Moulin de la Galette. 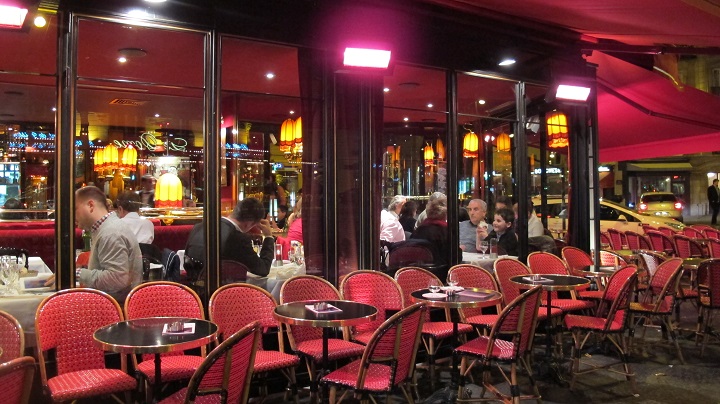 In the Latin Quarter we find La Rotonde, a 1911 café where artists such as Picasso and Modigliani used to go when they were not yet famous. Apparently, they both paid for their coffees with their drawings

📖  The best coffee in Paris 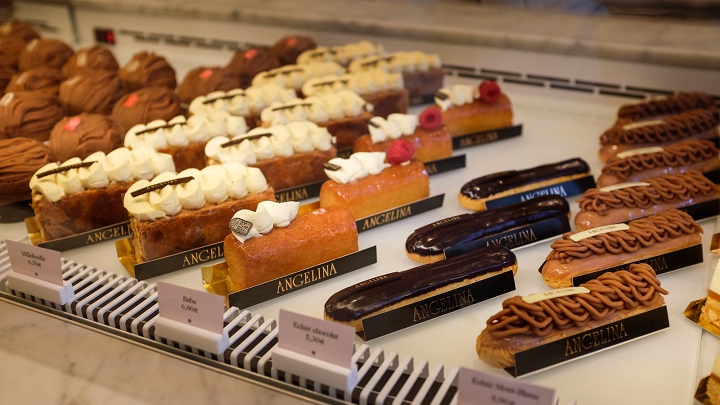 The Café Angelina, which was inaugurated at the beginning of the 20th century by Antoine Rumpelmayer, could not be missing from our list. Since that time, the place has been very sophisticated and elegant and, in fact, the aristocracy of the time gathered in its room. 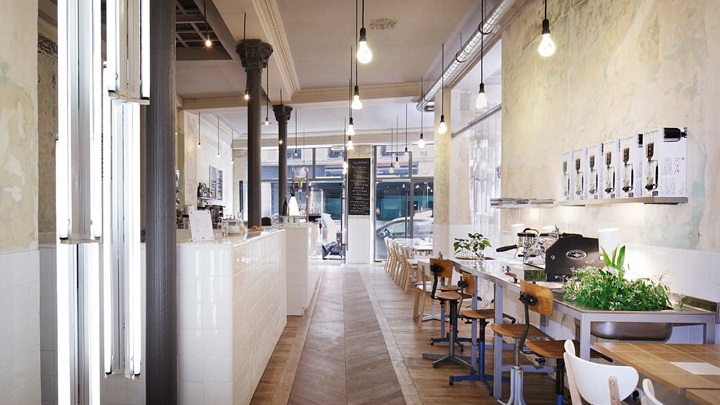 We also want to tell you about Coutume Café, an avant – garde French-Australian coffee shop where you can choose the method of preparing the coffee. And it is that the beans are roasted right there. Also, they have different lunch options. 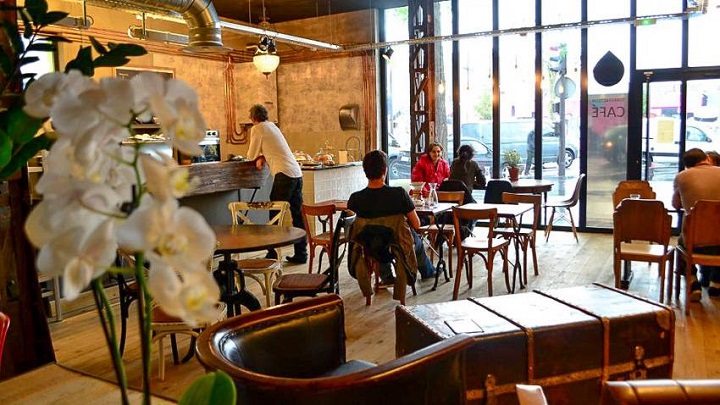 Another French-Australian café that we want to show you is Café Lomi, in which the beans are exclusively selected. Of course, they are roasted right there too. Also, you should know that coffee packages are sold here. 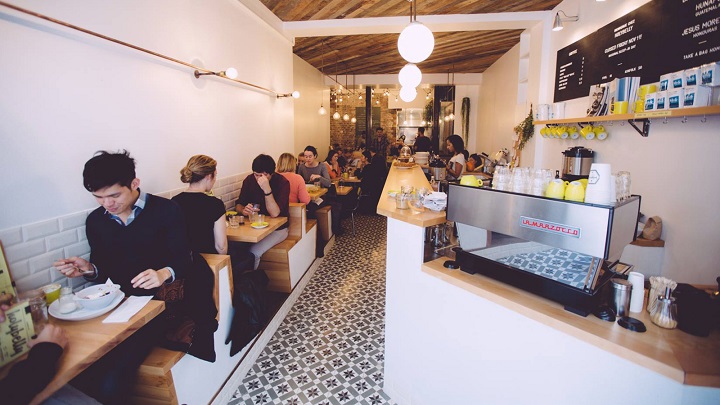 Finally, we want to talk about HolyBelly, a beautiful place that opened in 2013 where you can see Canadian influences, such as the pinball machine on the corner. Here you will find good coffee, good food and excellent service.