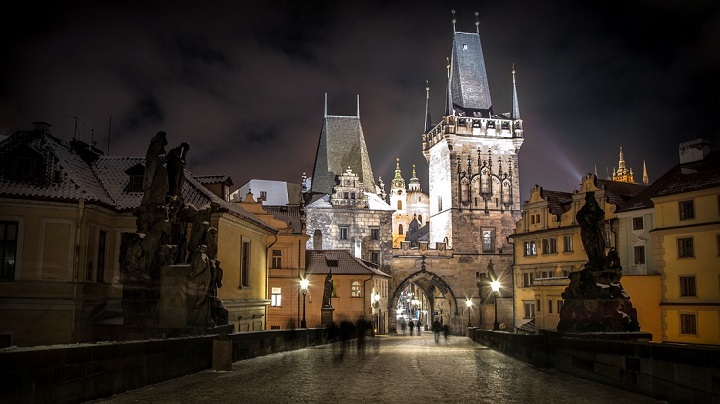 Prague , the medieval capital of the Czech Republic , is one of the most beautiful and enigmatic cities in Europe and, for that very reason, it is worth making the most of it. To get the most out of it, here are some of the best plans you can do in this central European city.

Tourist walk through the city

One of the best ways to get to know the city is to take a free tour in Prague with GuruWalk . The offer of tours is very varied and complete and all the visits are in Spanish and guided by graduates in History or Art History, so that you do not miss a detail of the most interesting things in the city : its famous castle, the Charles Bridge, the Old Town –Stare Mesto-, the Jewish Quarter of Josejov, the New Town –Nova Mesto-, Frank Gehry’s Dancing House… There is much to see in Prague and a free tour brings you closer to its essential places .

Visiting a country requires tasting its gastronomy . You can’t come back from Prague without tasting vepro-knedlo-zelo, roast pork with pasta; the svícková, marinated loin; the spanelsky ptácek, a stuffed meat roll; the kulajda, a mashed potato soup; or the knedlíky, some flour dumplings.

Try one of the many Czech beers

In Prague it is mandatory to drink Czech beers, the country’s star drink and one of its hallmarks.

Beer lovers will go crazy in Prague, where they will be able to savor from more well-known and "normal" beers, such as Urquell Pilsen or Budejovicky Budvar, to others much more bizarre and risky, such as Svatý Florián flavored with smoked meat and almonds or the Porter de Pardubice that tastes like chocolate. These are just a few examples of the many beers you’ll find in Prague and the Czech Republic .

📖  The most important cities in the Czech Republic

Of course, you cannot miss a visit to U Fleku, the oldest brewery in the city, active, nothing more and nothing less, than since 1499.

Night Tour The Ghosts of Prague

You can take advantage of the night to go on a ghostly route . Prague is a mysterious and enigmatic city that hides a dark and unpleasant past, which has caused superstitions and legends related to ghosts to explode. Whether or not you believe in the spirits and energies coming from beyond, you will experience a peculiar visit in which you will experience “different” sensations.

Obecní Dum is the Municipal House of Prague. An art nouveau building in which concerts are also given – music is very present in the Czech capital – and which oozes culture everywhere. In addition, their cafeteria has great coffee and delicious cakes to try.

The black theater in Prague has become world famous. These are silent shows that are performed on a black stage in which lights and shadows are used to create attractive and surprising images.

The Lobkowicz Palace, with Baroque architecture, is located in the castle area and dates from the 16th century. In 2007 it became a museum where you can see works by renowned artists such as Brueghel "the Elder", Canaletto or Velázquez, as well as original manuscripts of musical compositions by great names such as Beethoven, Haydn or Mozart. With such a sample of composers it is mandatory to attend a concert in this palace. Every day it offers a classical music concert at 1:00 p.m.

📖  The best artistic hotels in the world

Bars and clubs in the center

Prague is a city that has a great nightlife. If you feel up to it and your body asks for a street, you cannot miss the opportunity to go out through the area of ​​the Clock Tower and the surroundings of the Charles Bridge, full of bars and clubs, such as Karlovy Lazne or Golden Tree Prague .

The Petrin Tower and the Labyrinth of Mirrors

The best panoramic view of the city is in the Petrin Tower , a miniature version of the Eiffel Tower that is located on a hill very close to the castle. In the area is located the Labyrinth of Mirrors, a magnificent pastime to go with the little ones and in which children will enjoy seeing their deformed reflection in the network of convex mirrors.

60 kilometers north of Prague you can visit the Terezin concentration camp, a necessary reminder of the barbarity and vileness of the human being. It is not Auschwitz or Mauthausen, but it is still a terrifying place that should never have existed and in which to reflect on the human condition.

About 2 hours’ drive west of Prague is the spa town of Karlovy Vary, one of the best known in the world since at the end of the 19th and early 20th centuries it was the favorite destination of a large number of Central European artists. A perfect place to reset the body and soul of the daily vicissitudes.