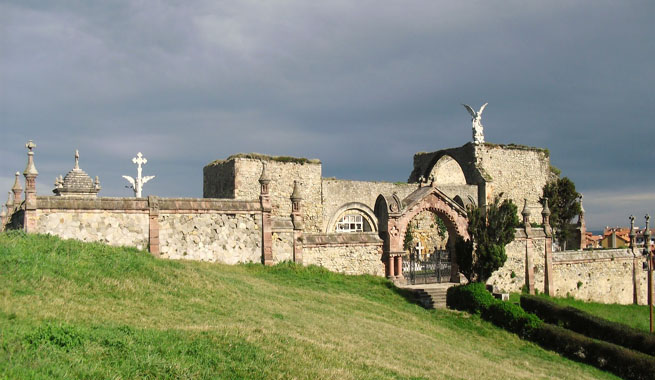 Fortunately, visiting cemeteries for tourist interest is becoming an increasingly popular experience. It turns out that, apart from their dramatic function, cemeteries are, at times, places of great beauty , which can be located in privileged, quiet places with beautiful views. 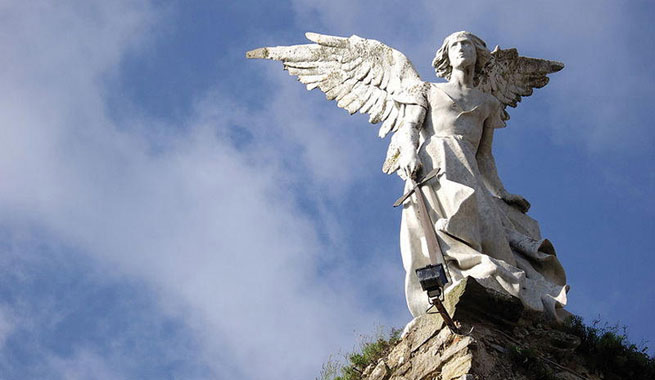 Located on a hill overlooking the Cantabrian Sea, on the outskirts of town, Comillas is a benchmark when it comes to classical and Gothic romanticism in cemeteries. Declared an Asset of Cultural Interest, it was established around what was a 15th century parish church, today in a dilapidated state.

One of the things that the visitor sees first, and that they will remember as one of the features that define this cemetery, is the imposing statue of the guardian angel (it represents Azrael, the archangel of death). In principle, the statue, the work of the Catalan sculptor Josep Llimona , was destined for the mausoleum of Claudio, brother of the first Marquis of Comillas. However, it was so large that it was placed in the apse of the old church.

Inside, you can see magnificent mausoleums and richly ornamented tombs, with beautiful sculptures and engravings. The person in charge of the current state of the Comillas cemetery was the modernist architect Lluís Doménech i Montaner , who expanded it in 1893. It was then that the cemetery acquired even more dignity and beauty. Doménech kept the ruins of the old church and surrounded it with a high stone wall, which is closed with a large iron gate.

📖  Genalguacil: a town with many attractions that you have to know