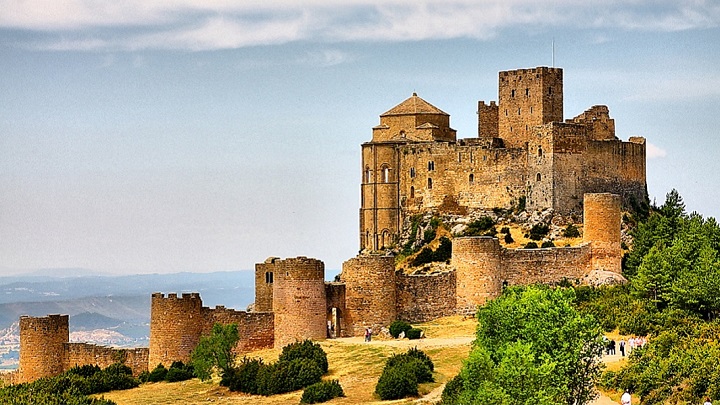 Although at Vuela Viajes we like to show you corners of all parts of the world, the truth is that it is not necessary to leave Spain to discover incredible places. For example, throughout the territory we can find buildings as beautiful and with as much history as castles. Some even seem taken from stories.

Castles are not only among the great architectural treasures of our country, but visiting them allows us to travel back in time, specifically to the moment when hair and troubadours populated our lands. What we want to do today at Vuela Viajes is show you some of the most beautiful castles that can be found in Spain. Of course, we have had to leave some beautiful constructions in the pipeline. Would you like to join us? 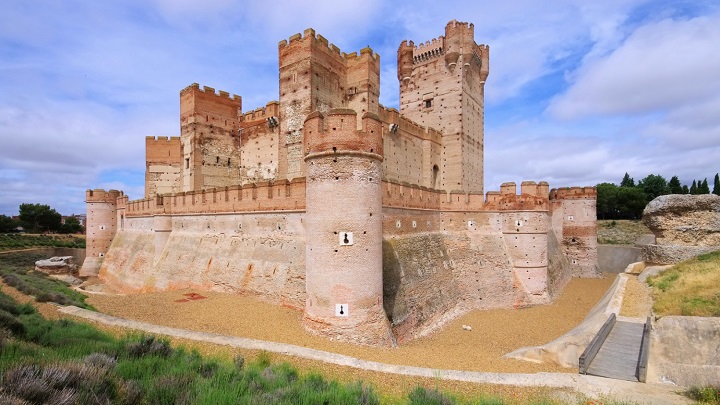 First of all, we want to talk about the Castillo de la Mota, a building located in Medina del Campo, in the province of Valladolid. It is a Mudejar castle from the 15th century that was used as a fortress. In fact, its history has been quite turbulent. 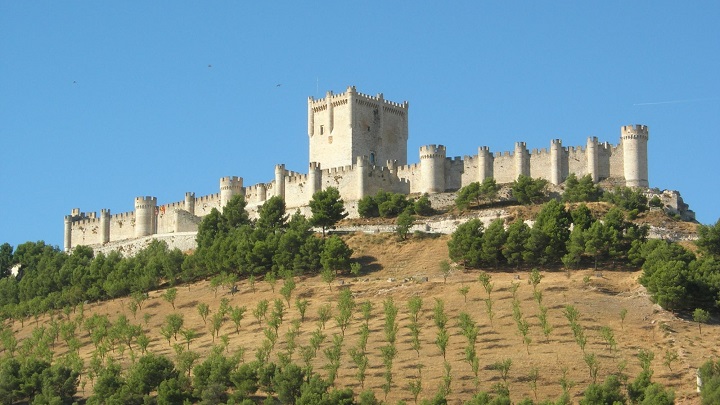 We continue in Valladolid to tell you about the Peñafiel Castle, a building built with Campaspero stone. This sample of Germanic Gothic was built in the town of Peñafiel in the 10th century.

📖  Barcelona: medieval route to discover the history and beauty of the city 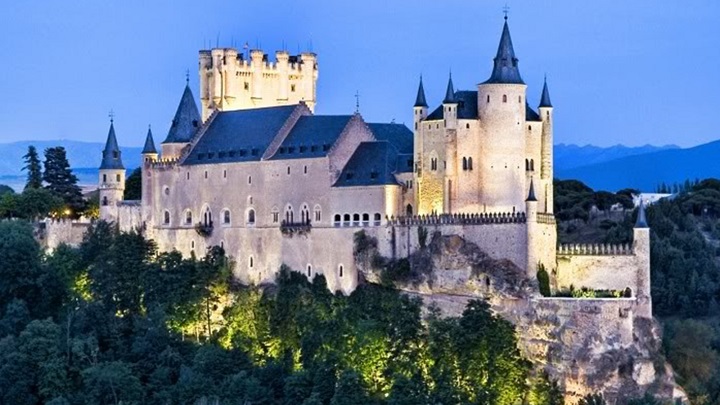 The Alcazar of Segovia could not be missing from this list, which, as its name indicates, is located in the city of Segovia. Gothic in style, it was built between the 12th and 13th centuries on top of a rock, which indicates its military use. 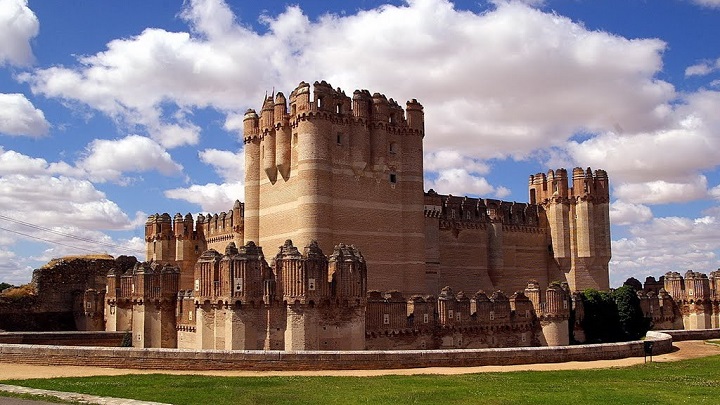 Also in the province of Segovia is the Castillo de Coca, although in this case in the town of Coca. It is a 15th century construction that mixes Western and Arabic military architecture, which can also be seen in the decoration. 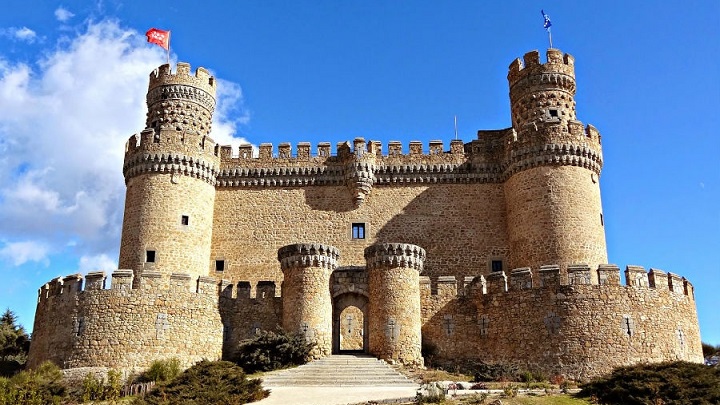 Of course, we also have to talk about the Castillo de Manzanares el Real, also known as Castillo de los Mendoza, since it was the royal palace of this noble family for several centuries. It was built in the 15th century on a Romanesque-Mudejar hermitage in the province of Madrid. 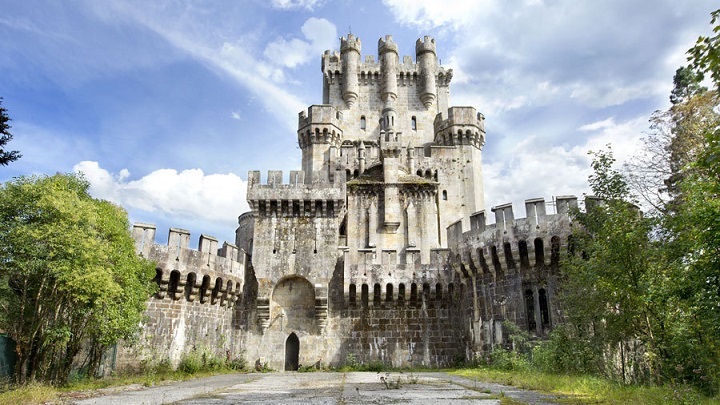 From Madrid we moved to Vizcaya, the Basque Country, where the Butrón Castle is located. Actually, this building of medieval origin is located on top of a hill in the town of Gatica and is surrounded by a beautiful forest. 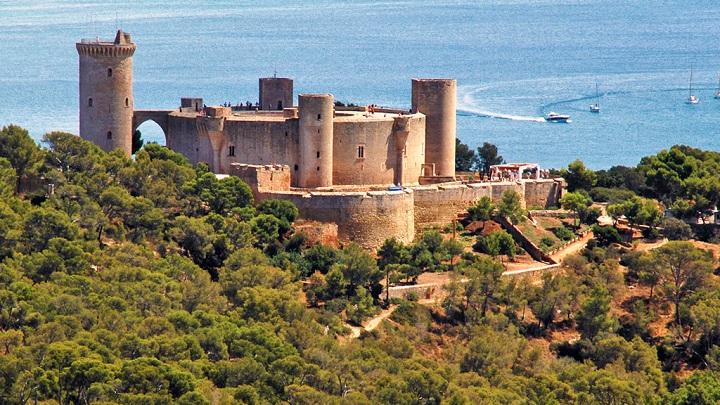 In the Balearic Islands, specifically in Mallorca, we find the Bellver Castle, a fortification in the Mallorcan Gothic style that began to be built at the beginning of the 14th century. From the castle, which is circular in shape, you get wonderful views of Palma de Mallorca. 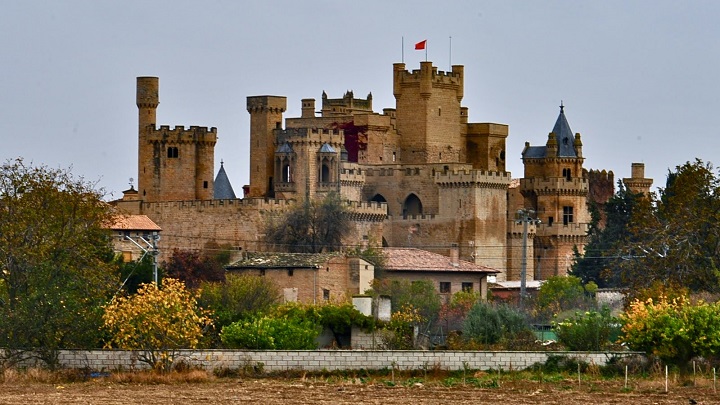 We continue our tour of the most beautiful castles in Spain in Navarra, where we find the Royal Palace of Olite, which was the residence of the kings of Navarra until the kingdom was united with Castile . Gothic in style, it was built during the 13th and 14th centuries in the town of Olite. 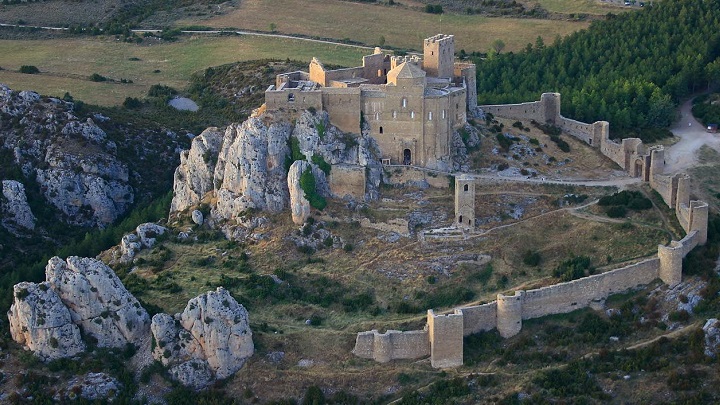 In Huesca we find the Castle of Loarre, which is located in the town of the same name. It is a spectacular Romanesque fortress built in the 11th century. Inside is the church of Santa María. It is considered the most important Romanesque castle in the country. 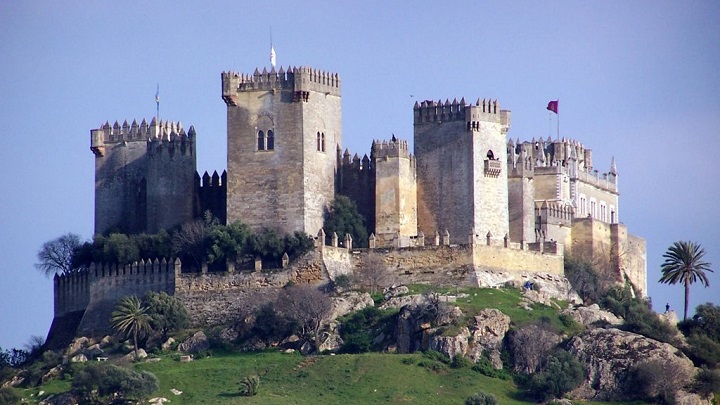 Recommended article: The most beautiful castles in Europe