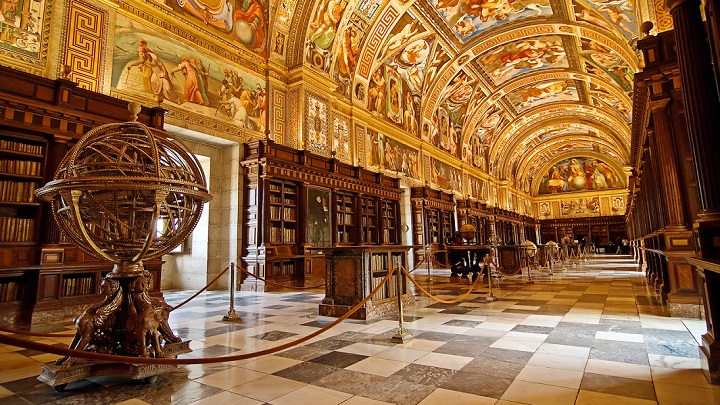 At Vuela Viajes we believe that all libraries are magical places full of knowledge and wisdom where we can enjoy the pleasure of reading. Now, we are also aware that there are libraries that are much more than that, either because of their age, their originality, their content or their beauty.

To show you how magical and special libraries can be, today we want to show you some of the most beautiful in Spain. If you like reading, you will love knowing and, above all, visiting, these wonderful places where you can dream with your eyes open. Would you like to join us?

Royal Library of the Monastery of El Escorial, Madrid 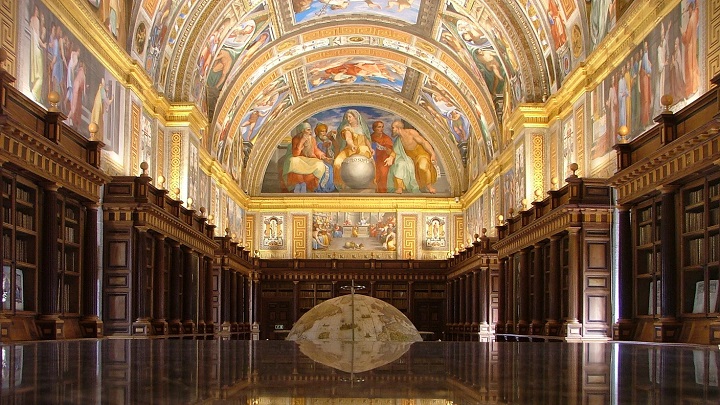 How could it be otherwise, let’s start by talking about the Royal Library of the Monastery of El Escorial which, from our point of view, is the most beautiful library in Spain. Also known as the Laurentina or the Escurialense, the library dates back to the time of Felipe II, who founded it. Today it has about 40,000 volumes, 600 of which are incunabula and about 4,000 invaluable manuscripts. 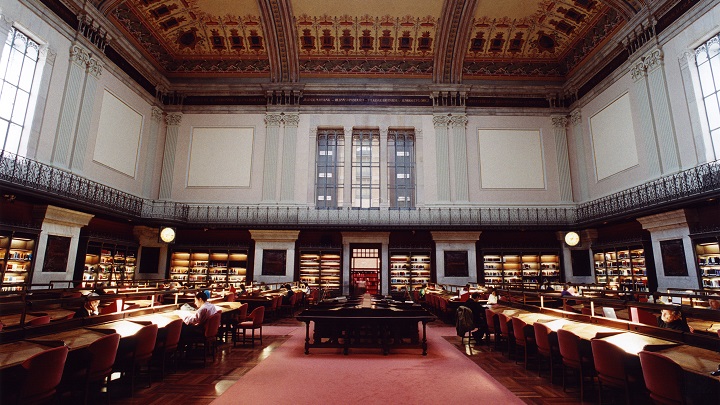 Also in Madrid we find the National Library of Spain, whose headquarters are located in the heart of Madrid, more specifically on Paseo de Recoletos. It is a neoclassical building that houses one of the largest and most important archives in the country. Beyond housing books of great value, it also houses prints and engravings of geniuses from the art history of our country, squares, busts, furniture and other pieces of great artistic and historical value.

📖  El Hayedo de Tejera Negra, a forest that you must visit this fall 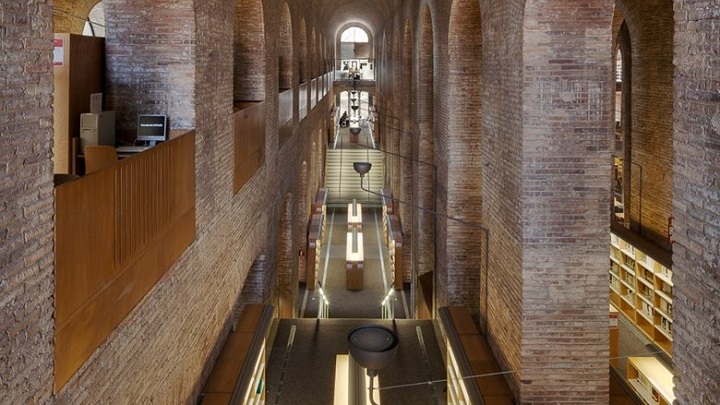 From Madrid we moved to Barcelona, ​​where you can find such beautiful libraries as the Pompeu Fabra University on the Ciutadella campus, which is located in a building with a lot of history : a construction that was conceived as a water reservoir to irrigate the Parc de the Cuitadella. 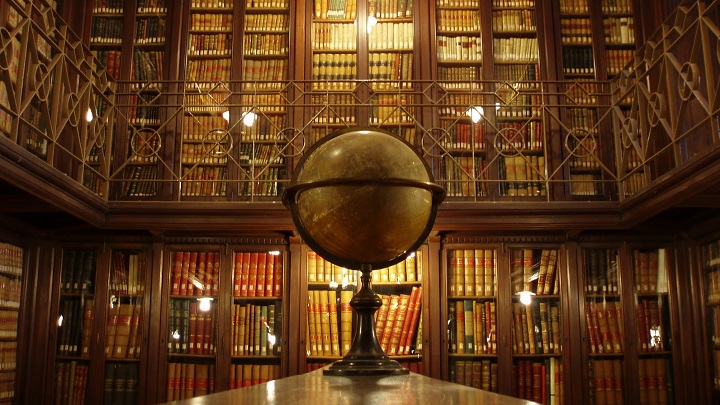 The Arús Public Library also stands out from the Ciudad Condal, which is specialized in social and cultural history of the 19th and early 20th centuries. This space was bequeathed by Rosendo Arús y Arderiu, known for being the promoter of Freemasonry in Catalonia, to Valentí Almirall and Antoni Farnés in order for them to create a public library that would promote knowledge of the working world. 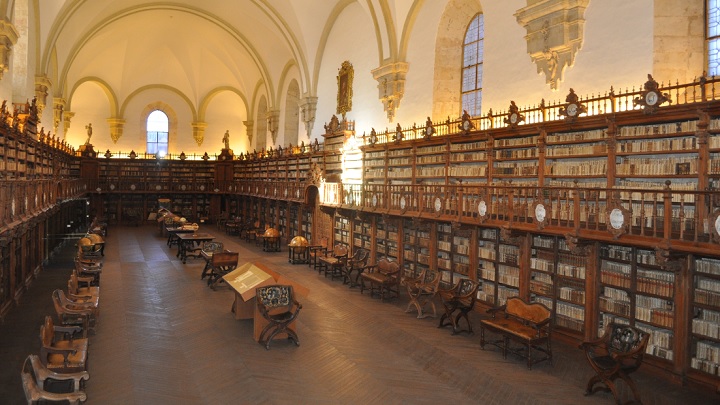 Of course, we have to talk about the Library of the University of Salamanca, which is the oldest university in Spain. It is a jewel of Spanish Renaissance architecture that houses more than 2,800 incunabula, being able to find first editions of Cervantes and Quevedo, among other geniuses. 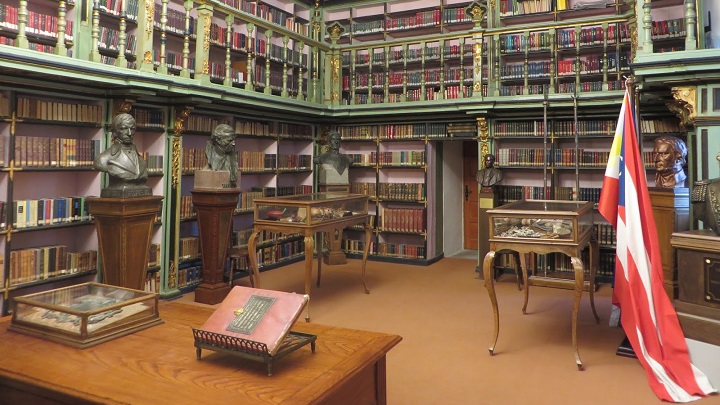 From Salamanca we moved to Santiago de Compostela to tell you about the América Library, which preserves the oldest book in Compostela. Created by a Galician immigrant living in Buenos Aires, the library is actually a kind of museum where you can find American coins, books and maps.

📖  The most beautiful towns in Girona 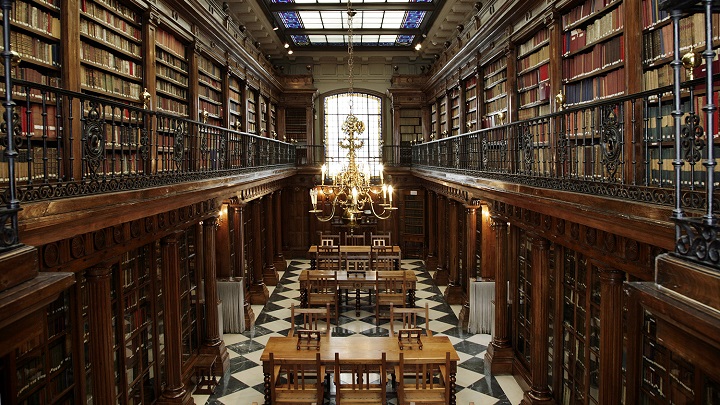 Another building that could not be missing from the list is the Marcelino Menéndez Pelayo Library and House-Museum, which is located in the city of Santander. This space houses about 42,000 volumes that belonged to the famous writer. These fell into the hands of the city council when the author died by testamentary decision. 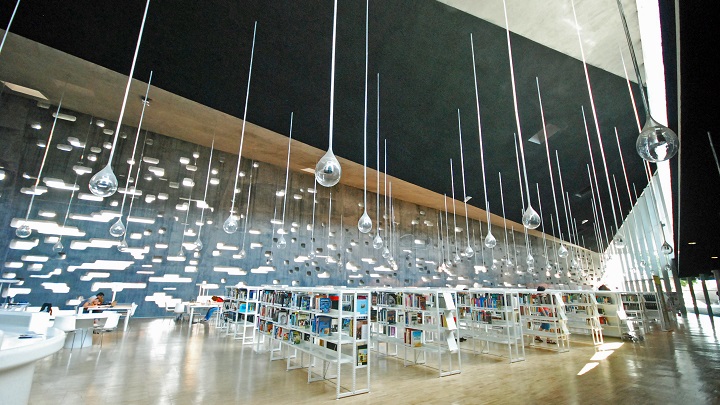 Finally, knowing that we have left many beautiful libraries in the pipeline, we want to talk about the Tenerife Espacio de las Artes (TEA), a modern architectural complex that houses, in addition to the Central Municipal Library, the contemporary museum Instituto Óscar Domínguez, the Tenerife Island Photography Center, an assembly hall, a restaurant, a shop, numerous offices, warehouses and a public square.

– The most beautiful libraries in the world

– The most beautiful libraries in Europe