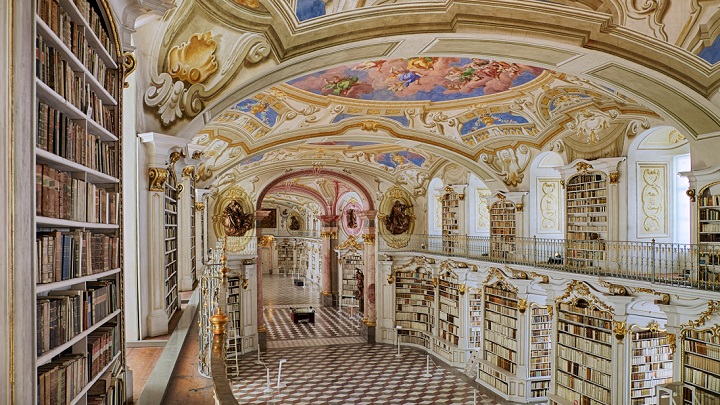 For centuries, libraries have served to preserve knowledge and share it with contemporaries. However, with technological advances, these buildings have lost popularity and importance. Of course, they are still temples of knowledge and places where you can enjoy studying and reading. In addition, in some cases they are extremely beautiful buildings.

What we are going to do today at Vuela Viajes is take a tour of some of the most beautiful libraries in Europe. Of course, we apologize in advance for all those who have remained in the pipeline. And it is that the old continent is full of libraries with a lot of charm. Would you like to join us? We assure you that you will not regret it!

Royal Library of the Monastery of El Escorial, Spain 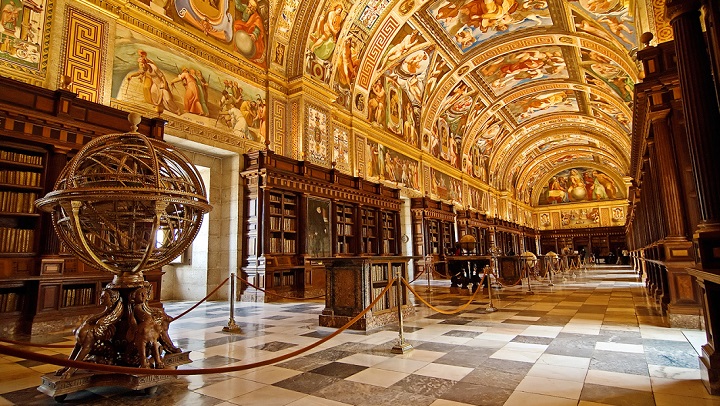 How could it be otherwise, let’s start by talking about Spain, which hides many interesting libraries such as, for example, the Royal Library of the El Escorial Monastery, which was founded by Felipe II in the 16th century. Of Renaissance style, it is located in the Madrid town of San Lorenzo de El Escorial. 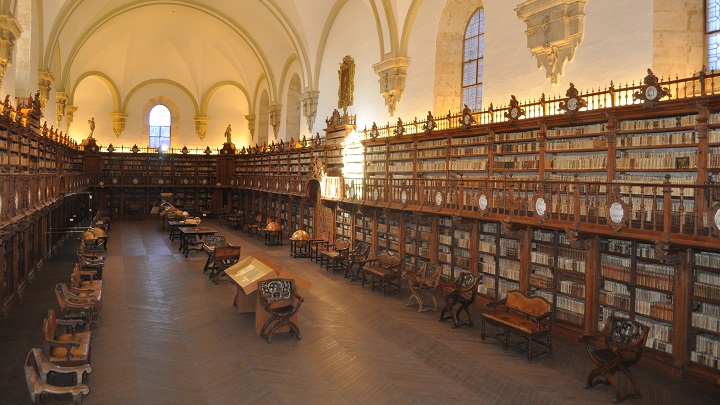 📖  The 5 best attractions in PortAventura World

Joanina Library of the University of Coimbra, Portugal 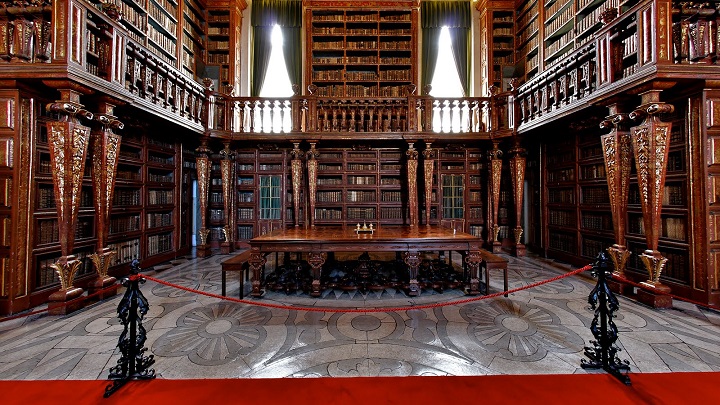 We moved to the neighboring country to visit the wonderful Joanina Library, which is located at the University of Coimbra, in Portugal. Erected in the 18th century by King Juan V of Portugal, it is in the Rococo style and is considered one of the most original and spectacular European Baroque libraries. 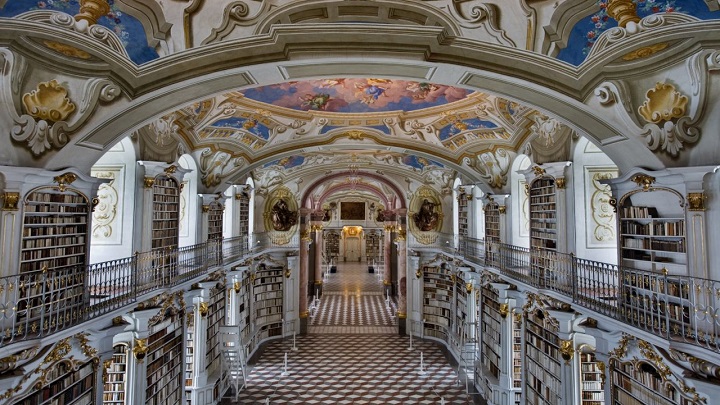 We also want to tell you about the Admont Abbey Library, which has a collection of 200,000 volumes. The most surprising thing is that among them are 1,400 manuscripts from the 8th century and 530 books printed before the 15th century. And it is that since it was founded in 1074, the abbey has not stopped collecting cultural goods. 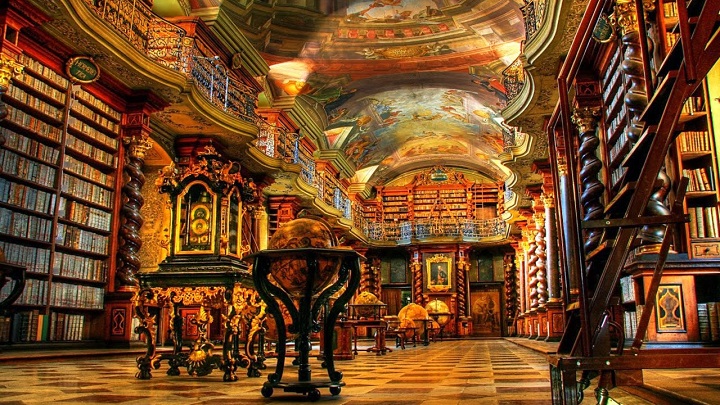 Nor could the National Library of the Czech Republic be missing from the list, which is located in the Clementinum , a collection of historical buildings in Prague. It was built 400 years ago and houses more than 6 million specimens.

📖  The most important cities in Spain 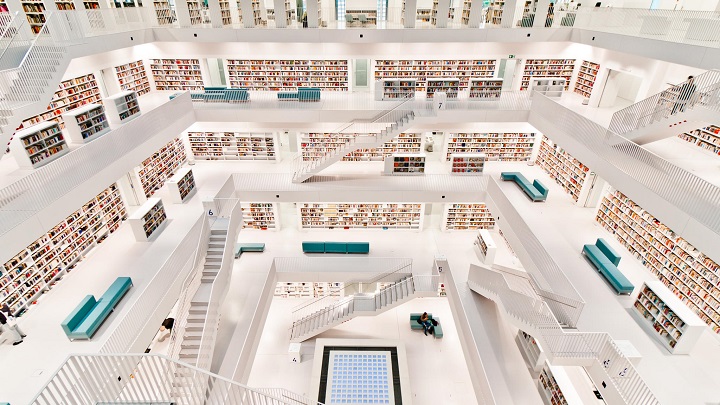 From the Czech Republic we moved to Germany to discover the Stuttgart City Library. Work of the architect Eun Youn Yi, it is super innovative architecturally speaking. In fact, it is considered one of the best libraries in the world. 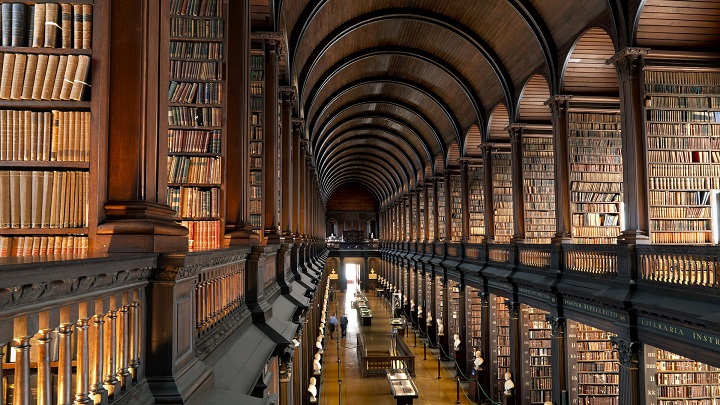 In Ireland we find the Trinity College Library, which is located in Dublin, Ireland. Without a doubt, beyond its beautiful shelves full of important copies, the most remarkable thing about this place is that it houses the Book of Kells , which is the most famous manuscript in Ireland. Of course, we also have to highlight the Long Room, which houses 200,000 tremendously old volumes. Also, you should know that it is the oldest university in Ireland. 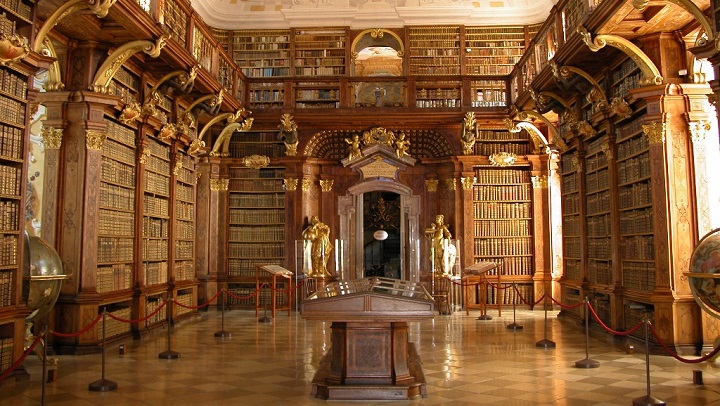 Finally, we want to talk about the Saint-Gallen Abbey Library, considered the oldest library in Switzerland. It is important to note that the UN proclaimed it a World Heritage Site in 1983. It has about 160,000 volumes that must be read in the same library.

Recommended Article: The Most Beautiful Libraries in the World