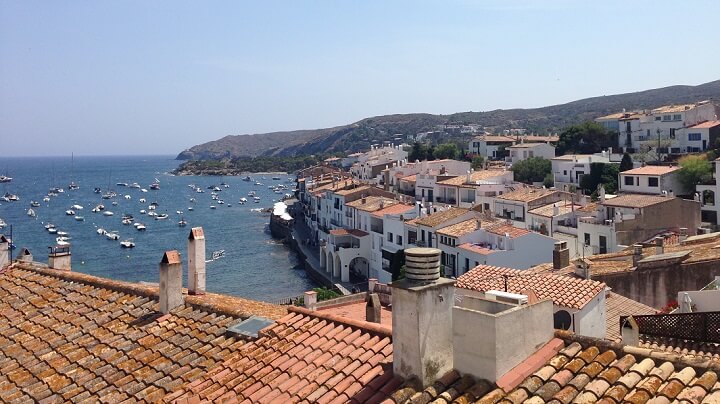 After writing an article about the most beautiful towns in southern Spain , we felt indebted to those in the north , which, as you can imagine, are no less beautiful than those that are closer to Africa than to France.

Catalonia, Aragon, Cantabria, Asturias, Galicia, the Basque Country … In all the autonomous communities there are spectacular towns, so it has been difficult for us to choose eight that in our opinion should not be left out of an exciting route through the north of the country. 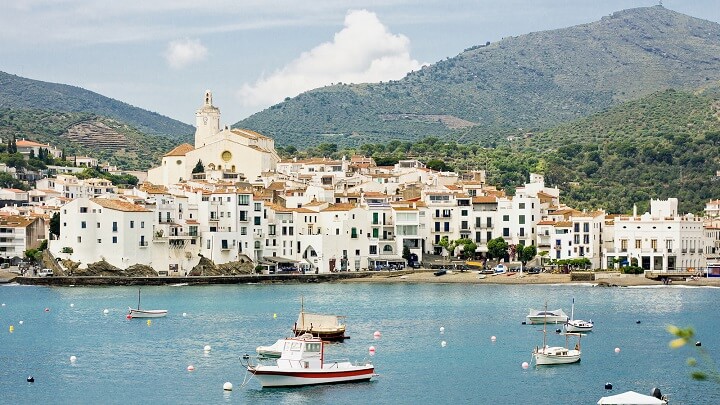 Cadaqués is one of those towns that perfectly reflect what the Costa Brava means. Spectacular landscapes, very characteristic beaches and that way of living life that attracted such illustrious figures as Salvador Dalí , who lived and worked in this town of Girona from 1930 to 1982, which is when his wife Gala passed away. Now that house is a museum considered an Asset of Cultural Interest that is managed by the Gala-Salvador Dalí Foundation.

What can you expect from Cadaqués beyond that museum and the beauty of its beaches? Pleasant walks through streets surrounded by white houses that remind us of those in southern Spain. The good atmosphere is guaranteed and there are no problems when it comes to finding restaurants that serve high quality fresh fish.

Recommended article. The most beautiful towns on the Costa Brava . 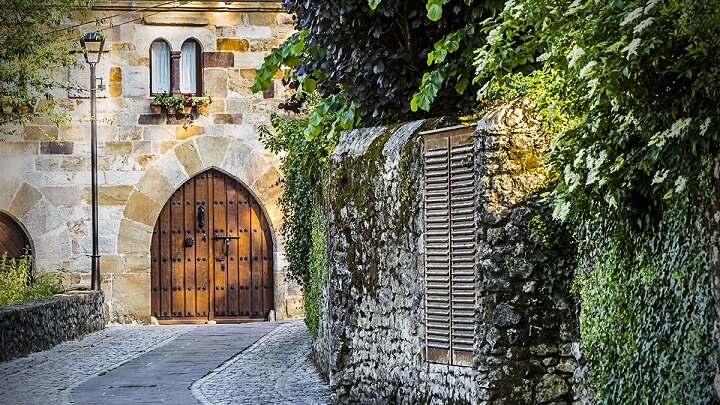 A few kilometers from Santander we find this medieval town that is neither holy, nor flat nor has a sea. It grew around the Collegiate Church of Santa María and today it is a magnificent town that receives the visit of thousands of tourists year after year. Strolling through its cobbled streets and contemplating its Renaissance palaces is a highly recommended plan, especially if you want to imagine yourself as if you were living in the Middle Ages. 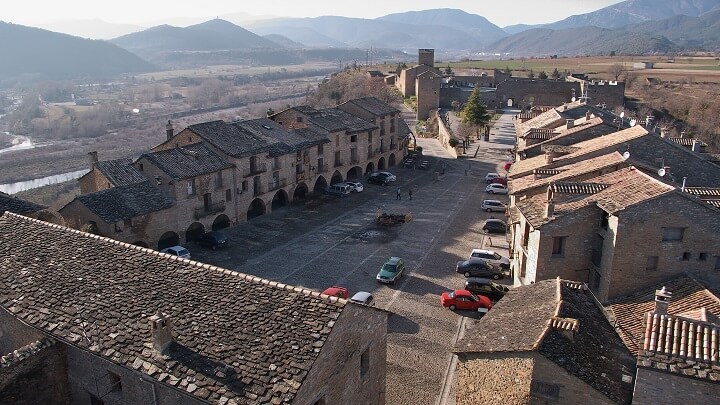 Talking about Aínsa is also talking about history. Its medieval old town has the privilege of having been declared a Historic-Artistic Complex since 1965. You will be surprised by the Plaza Mayor, the Castle of Aínsa-Sobrarbe, the church of Santa María and the staggered arrangement of its stone houses, which without no doubt they are worthy of photographing. 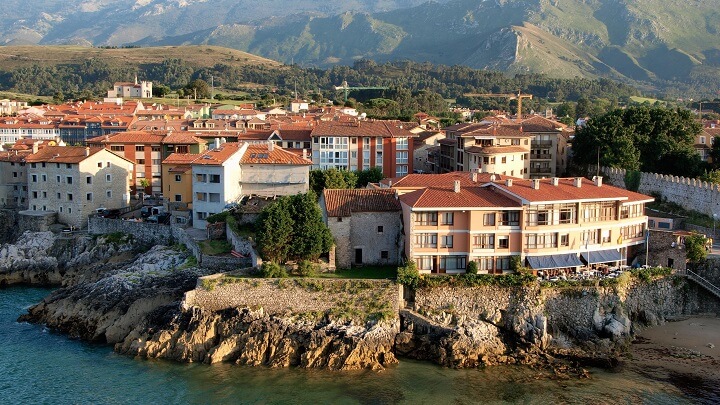 Fishing villages like Llanes have lost some of their charm due to tourism, which has multiplied in recent years. However, you can still breathe that fishing atmosphere that the oldest of the place remember so well. If you take a walk around Llanes, you will realize that the sea is not the only thing that enhances its beauty, since its old town is a marvel that shows you treasures such as the basilica, the Tower or the walls, which are from the century XIII and are kept in good condition. 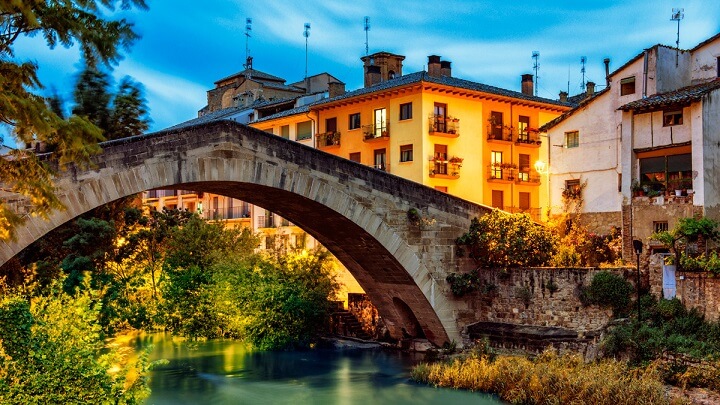 Known for the famous Estella Pact, which tried to end ETA terrorism thanks to the intervention of political parties, unions and associations, it must be said that it is one of the most beautiful towns by far. Estella-Lizarra is halfway between Pamplona and Logroño. Formerly known as " Estella la bella " and the truth is that it is not surprising. Today it preserves its charms, or what is the same: palaces, stately homes, bridges, convents and buildings for which some refer to it as "The Toledo of the north." In total there are about 13,000 inhabitants and it has much to offer tourists, such as its gastronomic and cultural offer. 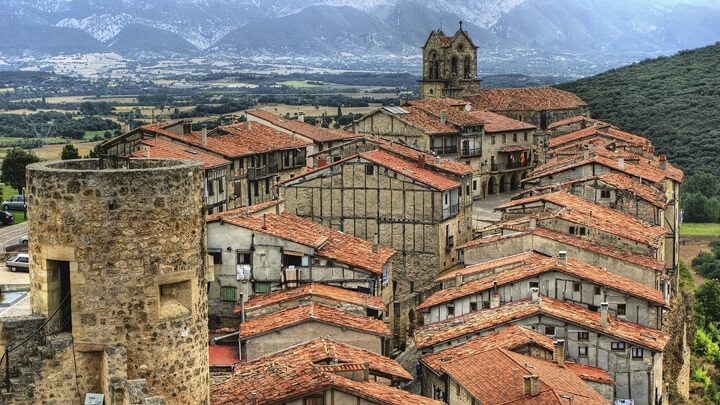 On a hill we come across Frías, a town in Burgos that is located about 100 kilometers from the provincial capital. It is next to the Ebro river and treasures an incredible history that has been recorded since the 9th century. El Castillo de los Velasco and the Church of San Vicente Mártir explain why its Historic-Artistic Complex is one of the most appreciated in Spain.

📖  The most beautiful cathedrals in Spain 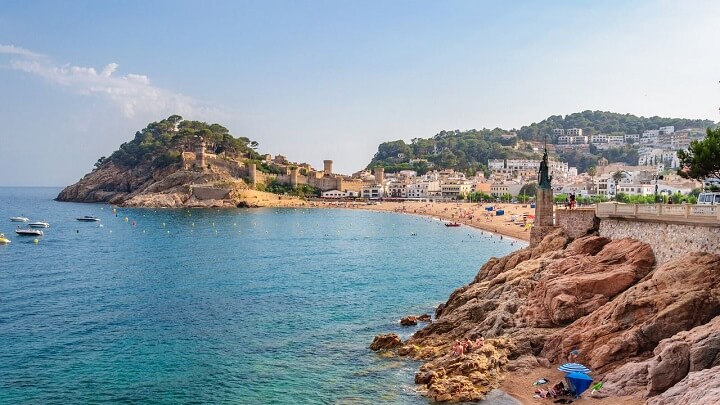 We return to the Costa Brava, but this time without going so far north. In Tossa de Mar , where beach tourism is the bread and butter of the day, you can not only enjoy the well-cared-for sandbanks, but you can also get lost in its old town and visit the castle that presides over the city, offering privileged views of the Mediterranean Sea. . The good atmosphere is guaranteed, and luckily it is not one of those coastal towns that have been seduced by teenage tourism that makes it impossible to sleep until the wee hours of the morning. 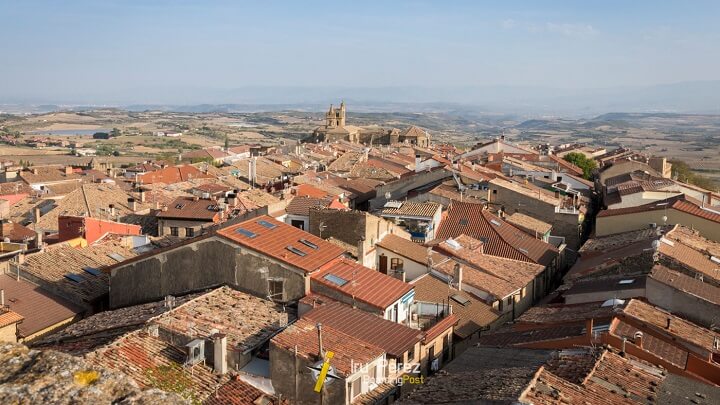 Lastly, and no less beautiful than all the previous ones, the town of Laguardia is one of the pearls of the Rioja Alavesa , a place of medieval tradition in which wineries and caves follow one another to guarantee that there we find one of the best wines of the place. On the other hand, it should be noted that it is on a hill and that it preserves a wall that centuries ago served to protect the city from enemies.

Recommended article: 10 Spanish towns that will make you fall in love .