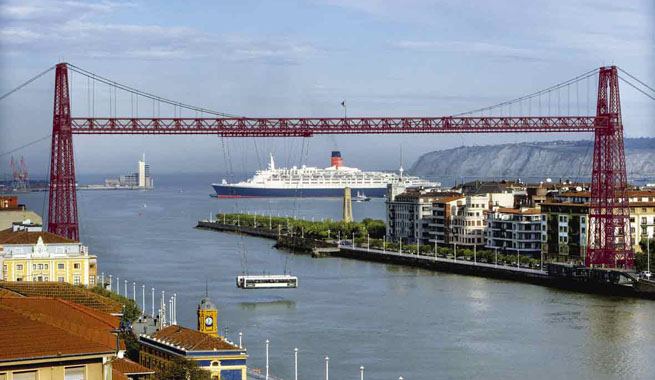 The Vizcaya Suspension Bridge is located a few kilometers from Bilbao, and was built at the end of the 19th century with the aim of joining the two banks of the mouth of the Nervión River. A monument that is also a work of engineering of the time, and that was declared a World Heritage Site by Unesco in 2009.

Yesterday, July 28, the Vizcaya Bridge was news since it was no less than 120 years old. In Vuela Viajes we wanted to dedicate a mention to it, since it seems to us one of the most original and important bridges in our country.

Only one in the world 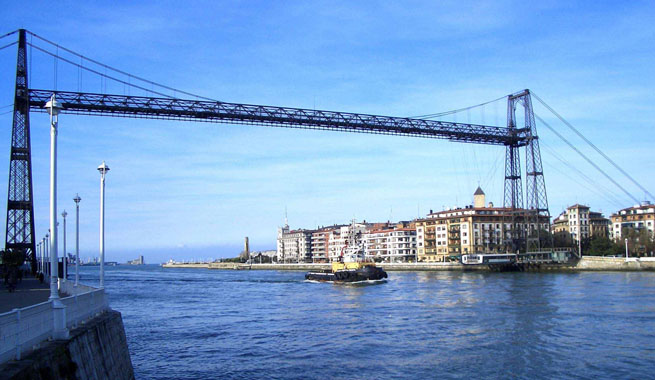 The Vizcaya Suspension Bridge is celebrating. And it is that 120 years are not celebrated every day … For this reason, different recreational activities have been programmed to commemorate the name day of this bridge as Biscayan as it is special.

📖  7stories, 7 videos that show a different vision of the Canary Islands

The Suspension Bridge was designed by Alberto Palacio Elissague , a disciple of the creator of the Eiffel Tower, at the end of the 19th century, and was built by the French engineer Ferdinand Joseph Arnodin . It was inaugurated on July 28, 1893 and, since then, the towns of Portugalete and Getxo, one on each bank of the river, were no longer separated.

A large frame with two horizontal iron girders supported by four tall towers, also made of iron, makes up the body of the bridge. Its construction greatly facilitated communications between both sides of the river, without also hindering navigation through it, which at the time was one of the busiest river ports in Europe.

In addition, it became an innovative element, since it was the first ferry bridge to be built in the world with a metallic structure. Today it is the only one of its kind in the world that still works.