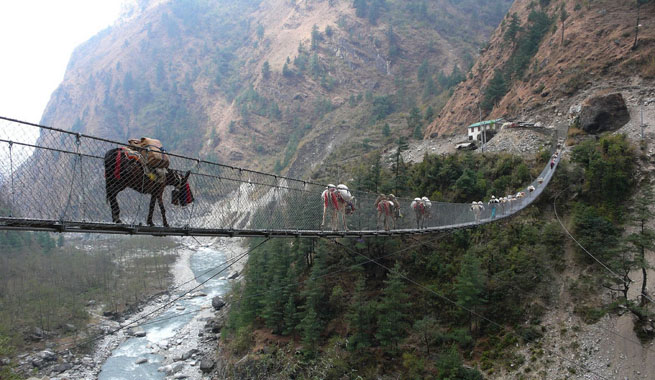 We have all seen them in the movies. They are ramshackle bridges of rope and boards in which it seems that the protagonist is going to fall into the abyss at any moment. However, they are not something from a movie, but they exist in reality. These are the most dangerous suspension bridges on planet Earth.

Although bridges connect places and help travel through places that are sometimes quite inaccessible, many of them are not suitable for travelers with vertigo. We tell you which are the worst and where they are.

On the five continents 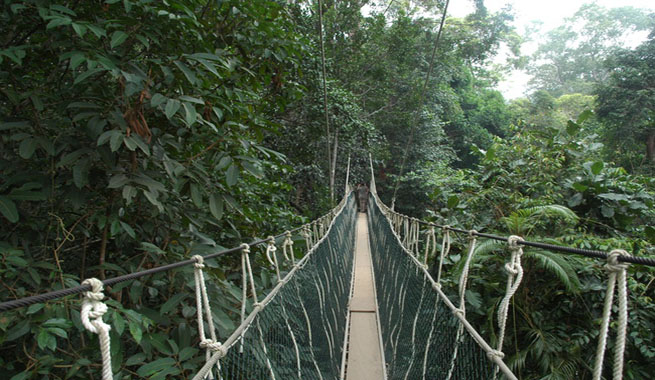 One of the most dangerous is the Hussaini-Borit Lake Bridge in Pakistan. Although it is in a sorry state, it is frequently used by locals and travelers trying to reach the north of the country. Going through it is, without a doubt, an adventure worthy of Indiana Jones. Something safer, although not too much, is the Loboc bridge , in the Philippines. It was built in 1972 with steel cables and flexible bamboo slats, about 20 meters from the ground. Today it is a tourist attraction.

📖  The best destinations to fall in love in summer

In Ireland, near Ballintoy, there is the Carrick a Rede bridge that connects the small island of Carrick with the mainland. As it passes, the bridge sways from one side to the other, causing a sensation capable of freezing the blood of the bravest. Also in Europe, but this time in Switzerland, there is the Trift Glacier Bridge which, as its name suggests, is suspended over the Trift Glacier, a hundred meters high.

Not suitable for fearful 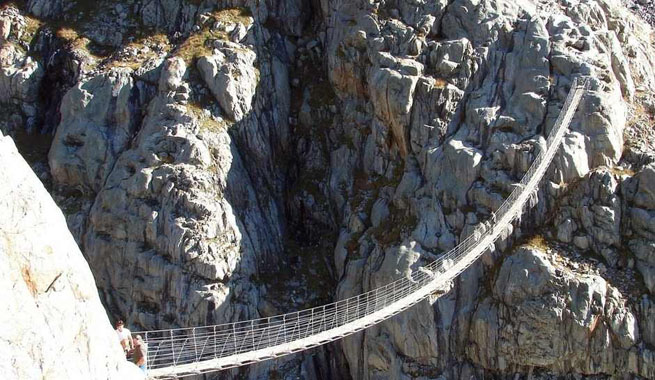 It is the turn of one of the most dangerous bridges in Asia: that of the Taman Negara National Park , in Malaysia. Unstable and dangerous, it measures about 500 meters in length, and is built with ropes and planks 50 meters above the ground.

📖  The strangest airports in the world

In Nepal, the long Ghasa suspension bridge is used daily by the inhabitants of that part of the world, even with animals that, however, do not seem to have vertigo. And, changing continents, in the Costa Rican jungle are the Arenal bridges , six in total. The longest measures about 100 meters and hangs 45 meters high.