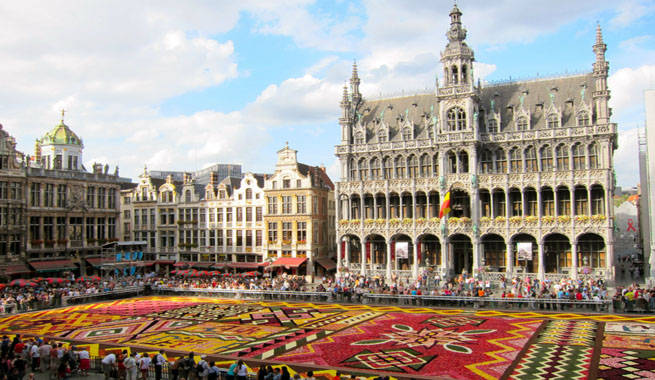 Stately, elegant, beautiful… This is the Plaza Mayor, or Grand Place , of the Belgian city of Brussels. One of the most outstanding architectural ensembles in the city, which was declared, for its beauty and historical value, a World Heritage Site in 1998.

Today we want to accompany you on a walk through this special square, in which most of its buildings date from the 17th century, a time when it was the cultural and commercial center of the city. 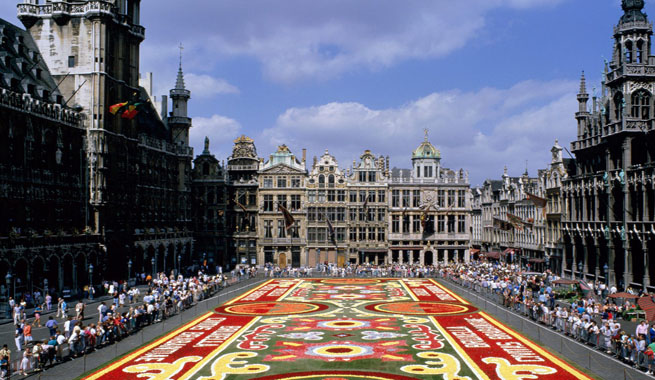 One of the things I like the most about this Plaza Mayor in Brussels is the way in which the different architectural and artistic styles of the area and of the time are mixed. A combination that reflects the history and prosperity that the city achieved.

📖  The most important cities in Belgium

The Plaza Mayor is located in the heart of the city and the first references to its existence date back to 1174. Before it was known as Nedermarckt (or Lower Market). It has a rectangular structure , the result of the many extensions it has undergone. In fact, it did not reach its final shape and size until 1695.

Among the most notable buildings found on the Grand Place are the guild houses, the Town Hall and the King’s House . Many of the buildings that surround the square were rebuilt in the 16th century and their facades were remodeled to adopt elements of the Baroque or Renaissance style.

The Town Hall is in the southern part of the square and consists of a set of buildings built in different stages. Those facing the square are from the 15th century, although the statues on the façade were placed in the 19th century. In front is the Casa del Rey, now converted into a city ​​museum . It was rebuilt around 1873, faithful to its original scheme, a three-story brick building with a porticoed façade and a tower.