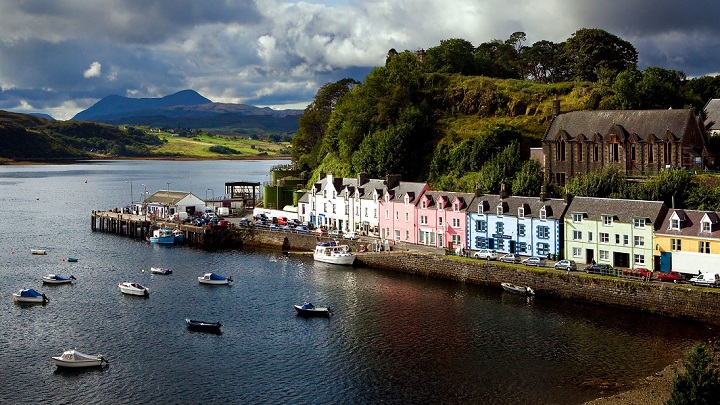 Those who have had the opportunity to travel to Scotland have seen with their own eyes that it is a wonderful region that, among other things, is home to an extraordinary variety of landscapes: gentle hills, wild and solitary archipelagos, rocky fjords, forests, lakes … Of this place in northern Europe we must also highlight its welcoming population, its good cuisine and its strong and deep-rooted cultural traditions.

This UK nation is ideal for country tourism. Indeed, Scotland is home to some beautiful towns. Today at Vuela Viajes we want to show you 10 of the most beautiful. Of course, we apologize in advance for all those we have left in the pipeline. Would you like to join us? 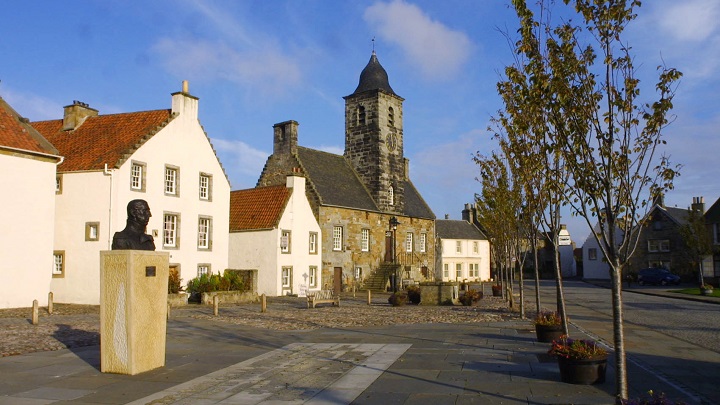 First of all, we want to talk about Culross, a picturesque village with few inhabitants that is located in Fife, very close to Edinburgh. Its history is still breathed in its cobbled streets and on the walls of its buildings. It is said that Saint Mungo, the patron saint of Glasgow, was born here. 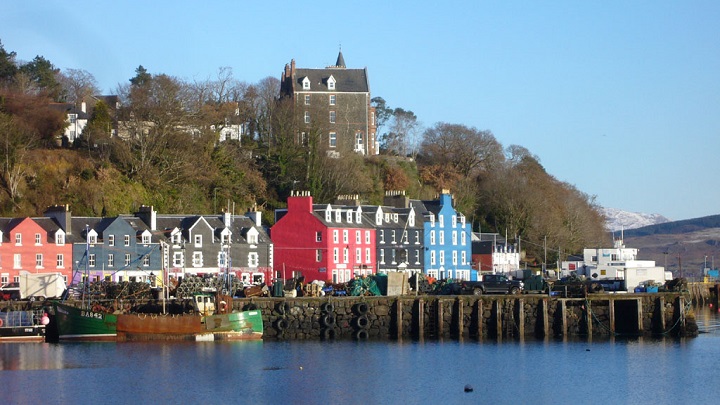 We also want to talk about Tobermory, the capital of the Isle of Mull. Of course, it only has about 700 inhabitants. This small town, which stands out for the row of colored houses along the shore, is very small, but it has a lot of life in summer. 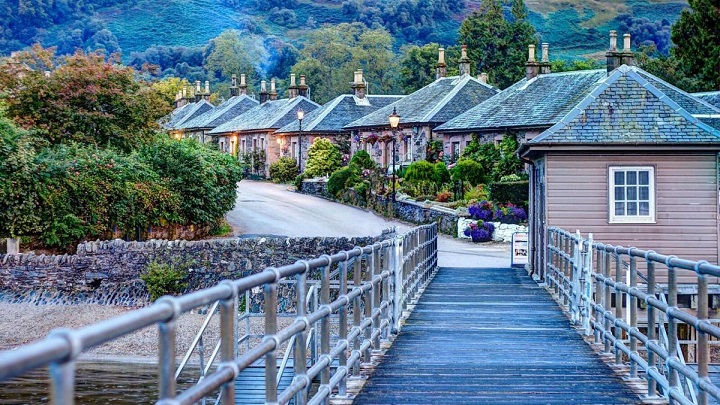 On the shores of Loch Lomond, in the Argyll and Bute region, we find Luss, a village surrounded by mountains that invites you to relax and enjoy Scottish nature. Almost everything you will see in this place is from the 18th or 19th century, despite the fact that there have been settlements in the area since ancient times. 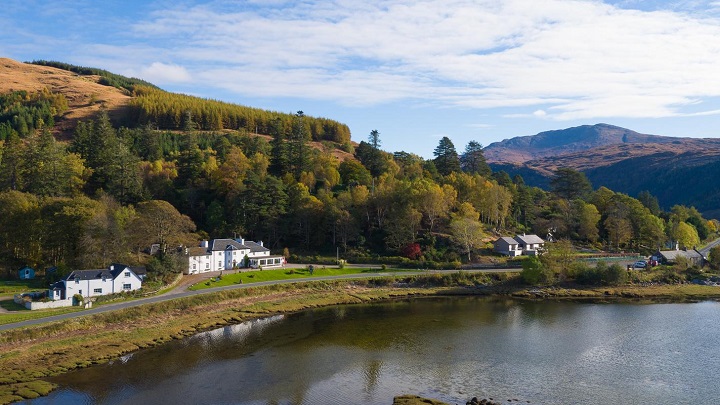 Fort William could not be missing from this list, a town in northwestern Scotland located next to Loch Linnhe, the longest loch in the country. Without a doubt, one of the best things about this place is its environment, made up of spectacular nature. 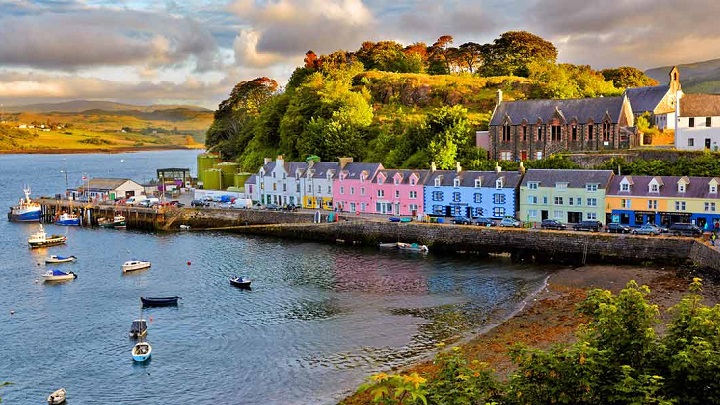 We also want to talk about Portree, which is located on Skye in the Inner Hebrides. Highlights its port , framed in cliffs, which has a pier designed by Thomas Teldford, and its row of colorful houses by the sea. 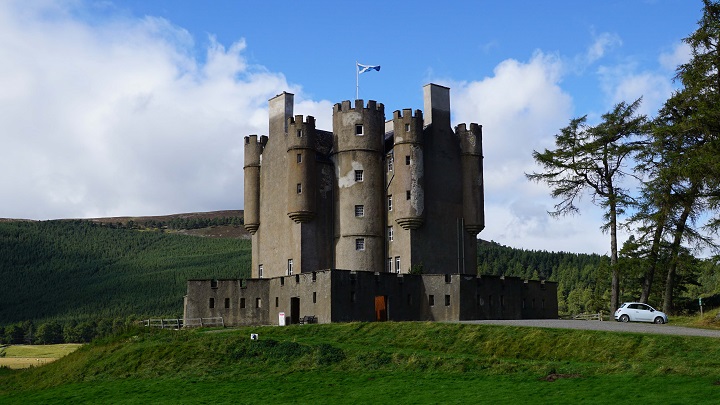 In Aberdeenshire we find Braemar, a town in the Scottish Highlands. It is surrounded by the spectacular Grampian Mountains and is home to a 17th century castle that looks like something out of a fairy tale. Without a doubt, it is an ideal place for lovers of hiking. 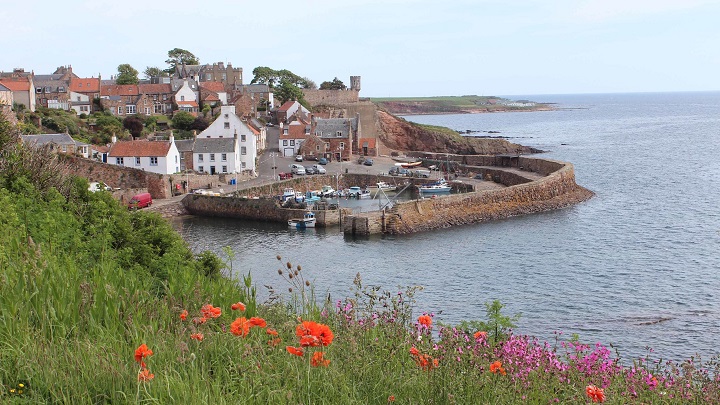 Many people say that Crail is the most beautiful town in Scotland. We are talking about a beautiful fishing port on the Fife coast. Among the many corners that are worth visiting in this place, we want to highlight its promenade . 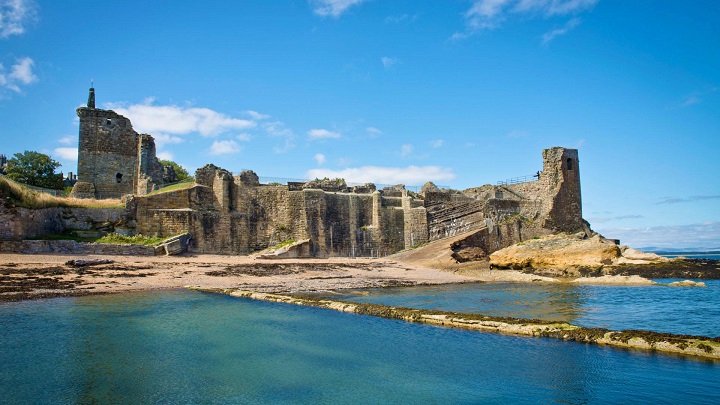 In the county of Fife we ​​also find Saint Adrews, one of the oldest cities in Scotland. Despite its small size, it is home to important monuments such as St. Andrews Cathedral and a castle, both demolished. Also, here is one of the oldest and most prestigious universities in the UK. 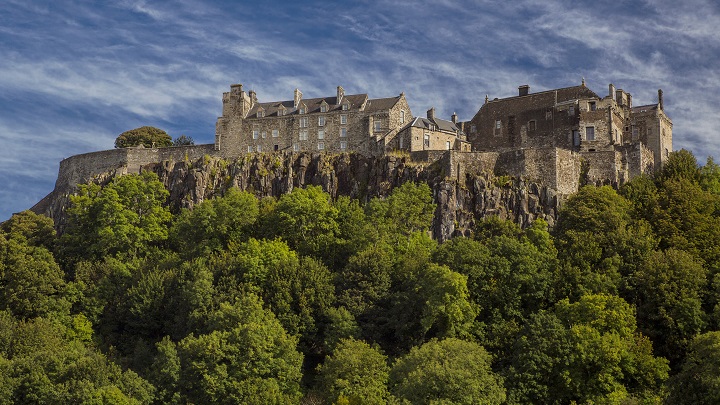 Very close to Culross we find Stirling, which is home to an imposing medieval castle. For many, it is one of the most beautiful castles in Scotland. In addition, it hides beautiful medieval buildings, a beautiful cemetery and a viewpoint that offers spectacular views. 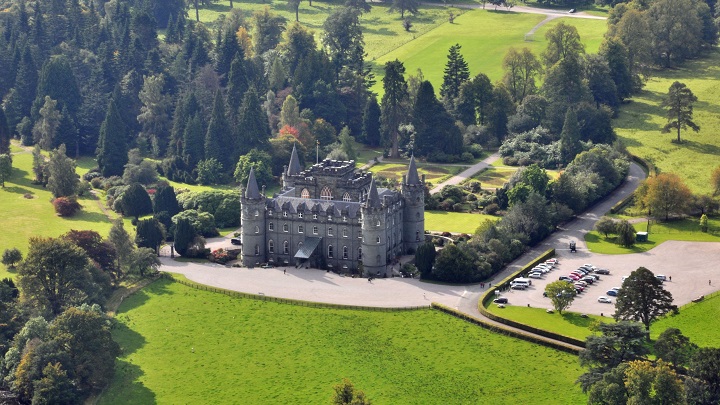 Finally, we want to talk about Inveraray, a royal borough of Argyll and Bute that was founded in 1745 by the Duke of Argyll. Its distinctive white buildings on the shore of the loch are surprising, as well as the castle, the old jail (today it is a museum) and the Argyll Folk Museum.