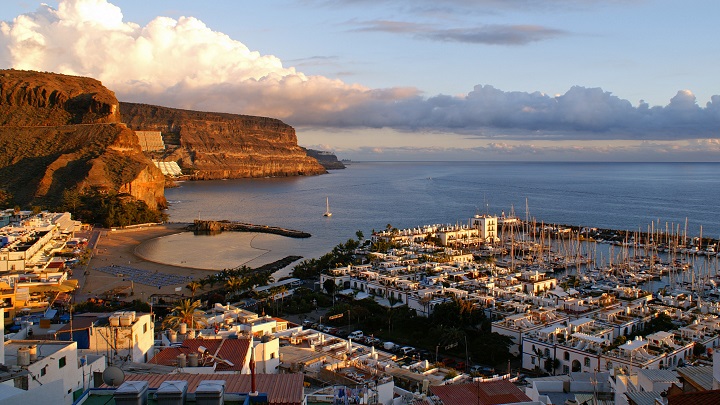 The Canary Islands are much more than luxury hotels. They are its beautiful beaches, its volcanoes, its spectacular natural landscapes, its gastronomy, its architecture, its people … However, when we think of this vacation paradise, we often forget that it also hides some wonderful towns.

Today at Vuela Viajes we want you to know some of the most beautiful towns in the Canary Islands. Would you like to join us? 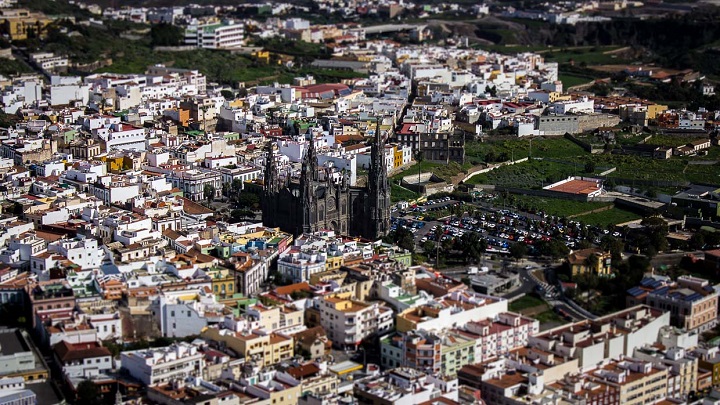 First of all, we are going to move to Gran Canaria to talk to you about Arucas, a municipality that stands out for its architectural and urban values. In fact, its urban area was declared Historic-Artistic Interest. In addition, it must be borne in mind that it is located in a privileged location: on the side of a volcanic mountain. 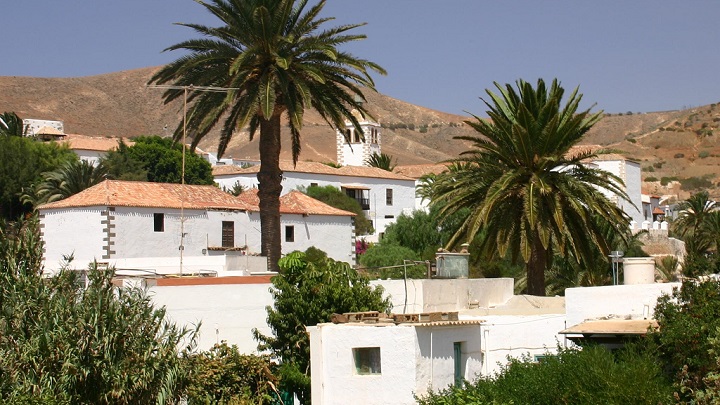 We continue our journey through the most beautiful villages of the Canary Islands in Fuerteventura, specifically in Betancuria. From its historic center, the church-cathedral of Santa María de Betancuria stands out, which was founded in the 15th century by Juan de Bethencourt ; hence its name. 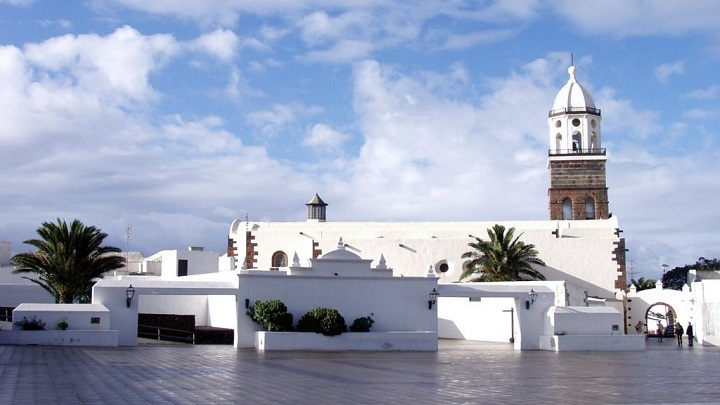 From Fuerteventura we moved to Lanzarote to get to know Teguise, the ancient capital of Lanzarote. Declared an Architectural-Historical-Artistic Complex, the town offers a unique heritage, highlighting its noble, aristocratic and stately homes. You should visit buildings such as the Spínola Palace, the San Rafael Hermitage or the San Francisco Convent, among other buildings of interest.

📖  Baños de la Encina: a town in southern Spain not to be missed 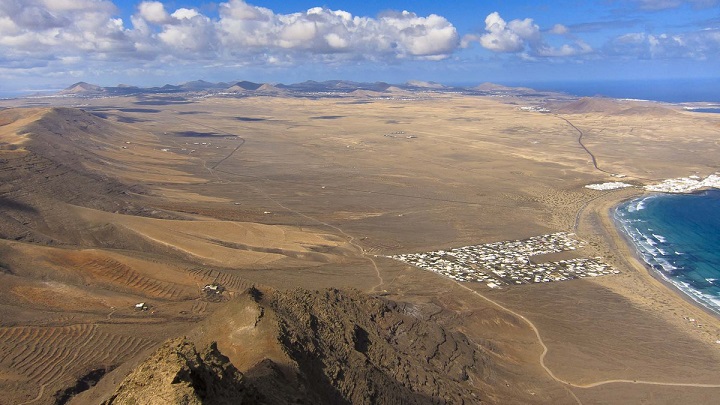 Within the municipality of Teguise we find Caleta de Famara, which is located in an enclave of enormous beauty. Its white houses with blue carpentry stand out and, of course, the spectacular Risco de Famara, from where you can see a fantastic sunset. 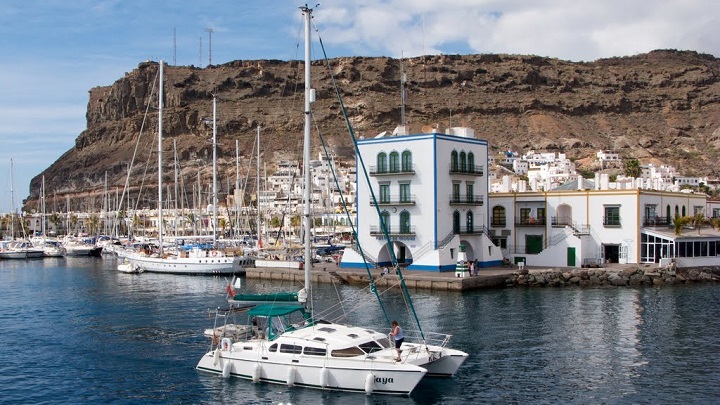 We return to Gran Canaria to tell you about Mogán. From its beautiful town center you can enjoy fantastic views of the peaks. You will also love its wonderful beaches, as well as the Barranco de Arguineguín . The Puerto de Mogán is actually an old fishing port full of houses that follow the canons of Canarian architecture. 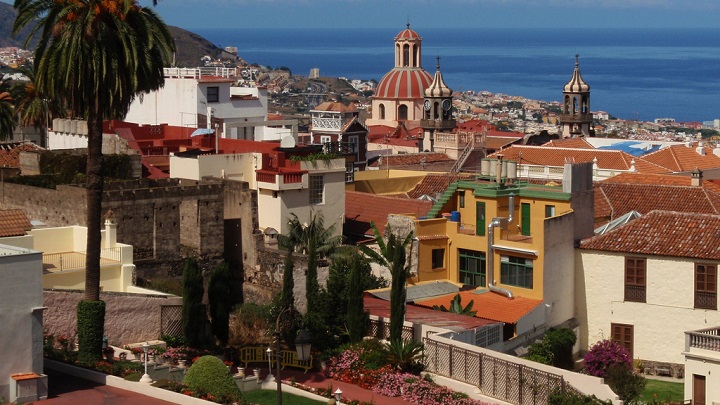 In Tenerife we ​​can also find towns of great beauty. One of the most beautiful is La Orotava, a historic town located in a valley of banana trees . Also here the historic center has been declared a monument of Historic-Artistic Interest. Among its most notable buildings are the parish of Nuestra Señora de la Concepción and the Casas de los Balcones. 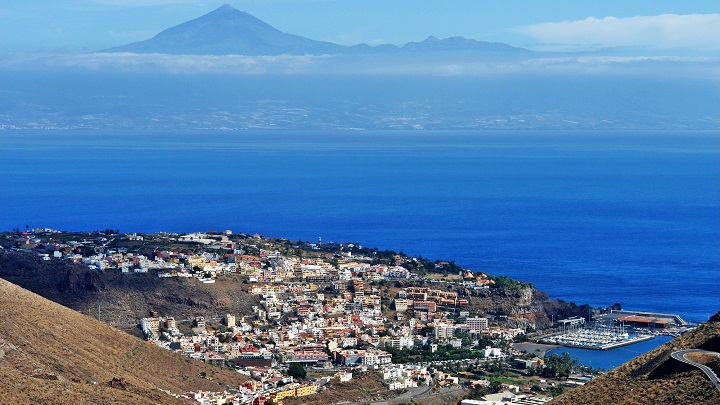 We also want to tell you about San Sebastián de la Gomera, a town that is, as you may have imagined from the name, on La Gomera. In fact, it is the capital of the island. This place preserves important monuments and places of interest, such as the Pozo de la Aguada, the Torre del Conde or the church of La Asunción.

📖  The route of the dinosaurs in La Rioja 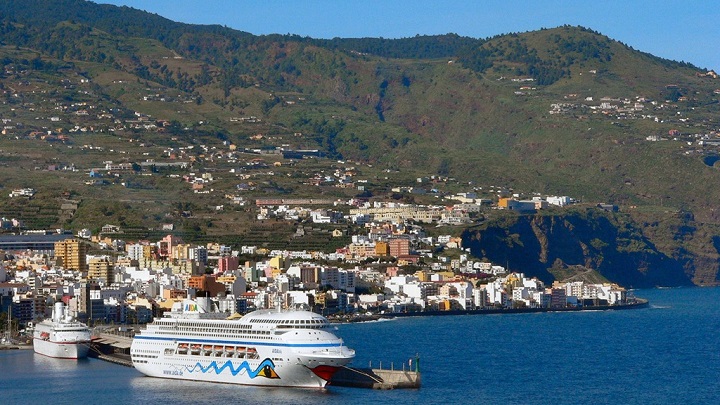 On the island of La Palma we find Santa Cruz de La Plama, a town with a colonial air whose historical case has been declared a Historic-Artistic Site. Here you will find palaces, houses of traditional Canarian architecture, colonial buildings … Also, we must not forget that it retains a unique maritime flavor. 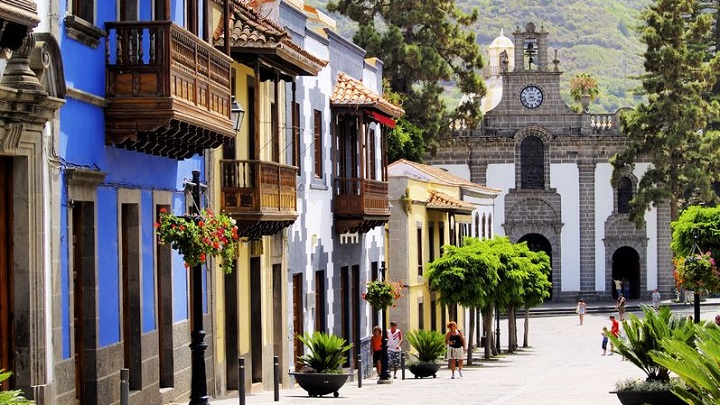 The municipality of Teror, in Gran Canaria, which stands out for being an important religious center, could not be missing from this list. And the fact is that there are many inhabitants of the islands who come to this place to worship the Virgen del Pino, who is the patron saint of the diocese of the Canary Islands. How could it be otherwise, in its historic center you can find religious buildings and stately homes of great value. 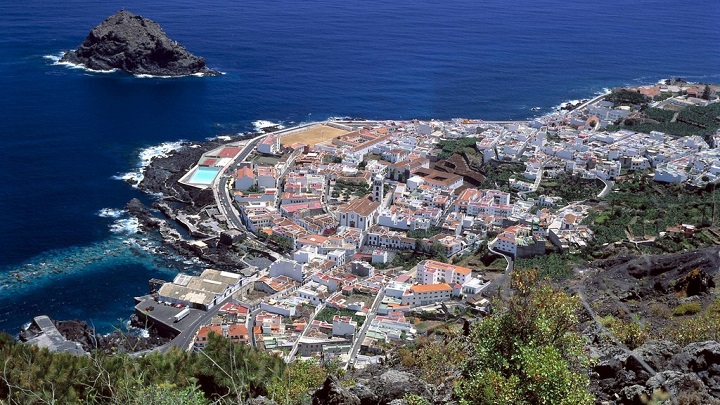 Finally, we are going to talk about Garachico, a historic town on the island of Tenerife. This beautiful place is full of buildings and monuments of artistic interest, such as the convents of San Francisco and Santo Domingo, the churches of Santa Ana and Nuestra Señora de los Ángeles or the Castillo de San Miguel.