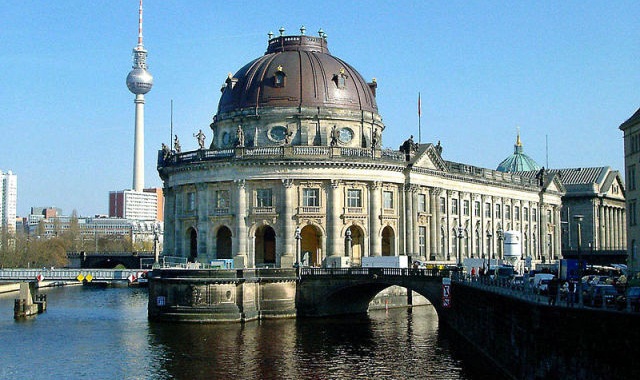 One of the European cities that receives the most tourism every year is Berlin , and the German capital is undoubtedly one of the most interesting cities in all of Europe. In Berlin you can find a great cultural life that is also very prestigious, with a lot of museums and art galleries of all kinds that reach almost 200. A very complete cultural offer among which you can find all kinds of genres and from oldest to most modern.

It is obvious that it will be impossible to visit all the museums since there are so many and you would need several months, but there is an area called the Museum Island that brings together several of them and it is highly recommended to visit it. It is at the end of the famous Paseo Bajo los Tilos and these are the museums you can find there:

– Old Museum : It was built between 1823 and 1830 and was designed by the architect Karl Friedrich Schinkel. It has been a World Heritage Site since 1999 and there you can find a lot of private collections of paintings that come from the castles of Charlottenburg and Potsdam, as well as a spectacular Prussian collection of Antikensammlung antiquities, an extensive collection of jewels and various objects from Ancient Greece. .

– Pergamon Museum : It has one of the best collections of Islamic and Eastern art in the world, as well as several archaeological treasures of incalculable value. It is one of the most visited museums in the city.

– New Museum : It is behind the Old Museum and it was opened in 1859 although it was almost completely destroyed during World War II, without being completely restored until a couple of years ago, although they preserved all the remains they could to be able to respect the structure and its style. Here you can find Egyptian and prehistoric collections and among its objects is the bust of Nefertiti.

– Bode Museum : It is in the extreme north of the island and it was inaugurated in 1904. It has several collections of sculptures and other works of Byzantine art. The building is very beautiful and has a beautiful copper brown dome.

– Antigua National Gallery : It began with a collection belonging to the banker Joachim Wagener that expanded over time and today is one of the largest collections of paintings and sculptures from the 19th century in the entire country. It covers various styles such as impressionism, realism and also romanticism, with works by artists such as Renoir, Manet, Cezanne, Monet, Menzel or Liebermann.