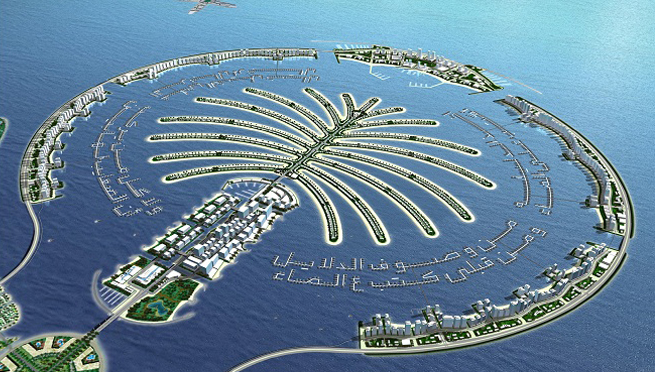 In recent years, Dubai has gained a lot of fame thanks to the numerous events of interest that are held there and the impressive constructions that are being carried out. One of the most spectacular constructions that have been carried out is known as Las Islas Palmeras , which are three islands built entirely by man and not by nature and which are the largest artificial islands in the world.

Although at first there were many people against its construction for fear of damaging the environment, now almost everyone is delighted. So much so, that they have been increased by 520 kilometers to be able to have bigger and more luxurious beaches in what is almost the most luxurious city in the world.

📖  Why not travel to Islamic countries during Ramadan

On the islands there are not only infinite beaches but there are also several commercial and residential complexes, built to have one of the best tourist offers in the world. Much entertainment and everything arranged so that you do not need to leave the islands at all but you can enjoy all the best by staying on them. Even so, it is very worth visiting the city since each day that passes is more spectacular.

The name of the islands is due to the fact that they are shaped like a palm tree , each of them with the three well differentiated parts and with everything very well distributed. In what would be the trunk is the main avenue and its accesses, in the branches are the residential complexes and the so-called Crescent Island is a breakwater and surrounds the main islands. Without a doubt, a pleasure for the eyes, not only there, but also seeing them from the heights.

The names of each island are Palm Jumeira , Palm Jebel Ali and Palm Deira, and on each of them there are about 2,500 apartments, so their size is quite important. Undoubtedly one of the most spectacular constructions in the world and one that will be part of engineering history. In them you can also find marinas , theme parks, restaurants, cinemas, spas, sports centers or racetracks.