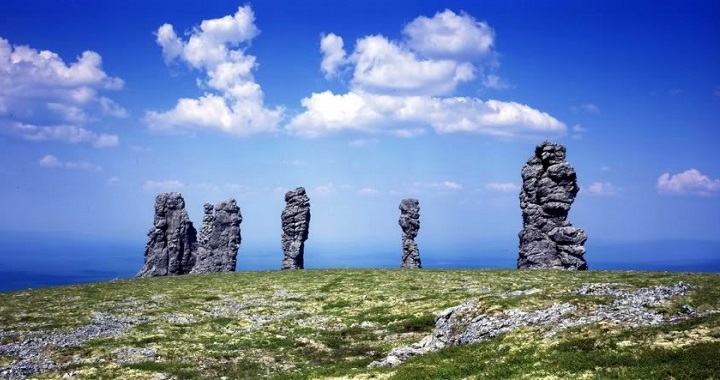 If you are a fan of Vuela Viajes you will have already realized that the world is full of amazing places. However, many of them are unknown to the vast majority of the population. For this reason, we like to get closer to those places that, made by the hand of man or by Mother Nature, are unique in the world.

Among these amazing corners we find The Seven Giants , impressive rock formations located in a remote part of the Komi Republic, in the northern plains of the Ural Mountains. Do you want to know this mysterious corner? Well, you just have to join us!

As you may have imagined from the name, The Seven Giants are seven large rock formations that stand out for their amazing shapes and for being located in an inhospitable landscape. And it is that these huge rocks, some narrower at the base than at the peak, are in the middle of the steppe, far from mountains. As you can see in the images, six of them are grouped together, but one is a little out of the way. Named by the local people as Man-Pupu-Nyor , which in mansi, the autochthonous language, means "little mountain of the gods", they measure between 30 and 42 meters.

📖  The best tourist attractions in the world in 2016 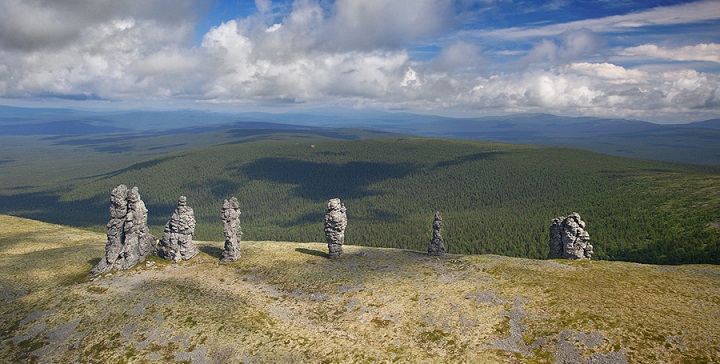 It seems that the origin of The Seven Giants dates back to 200 or 300 million ago, when there was a mountain in this steppe. Over the millennia the erosion caused by rainwater, wind, changing temperatures and other types of meteorological phenomena, caused the surface of this mountain to wear away until giving way to these seven rock formations.

As we have told you, The Seven Giants are located in a remote place, so to get to them it is necessary to go by helicopter or snowmobile. Of course, also expert hikers will be able to reach this place. And is that the closest town is located about 200 kilometers. Of course, because they are becoming more popular, access has been limited . Thus, it can only be accessed by obtaining a special permit and for a short period of time. It is a way of protecting the environment from tourism that, as you know, throughout history has wreaked havoc on specular places. As a curiosity, for a long time rocks were believed impossible to climb, but through the Red Bull 7 Giants project Stefan Glowacz managed to reach the top of one of them. 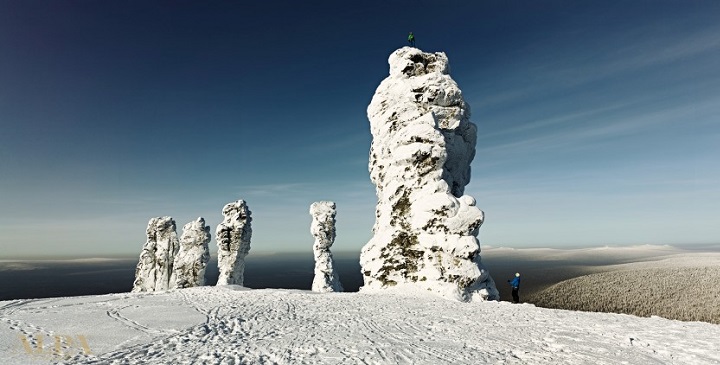 As you know, at Vuela Viajes we like to echo the legends that revolve around the corners that we show you. And considering how rare these formations are, it is not surprising that over the centuries all kinds of fables have arisen that explain their formation. One of the most widespread explains that a shaman cast a curse on six giants who tried to cross the mountain range, although unfortunately he too fell victim to the enchantment, which explains that one of the rocks is further apart from the others.

We want to end by telling you a little about the Ural Mountains, a mountain range considered to be the natural border between Asia and Europe, although there really is no real division in terms of language, ethnicity, climate or history. Spanning from Russia to Kazakhstan, it has more than 2,500 kilometers and a maximum height of 1,895 meters. Like, you see, it’s a pretty high mountain range. 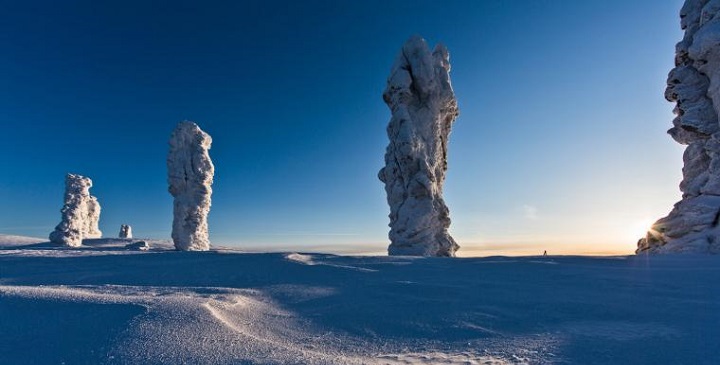 Then we leave you with our gallery , where we offer you more images of The Seven Giants. Do not miss it! 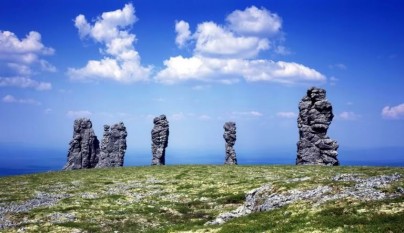 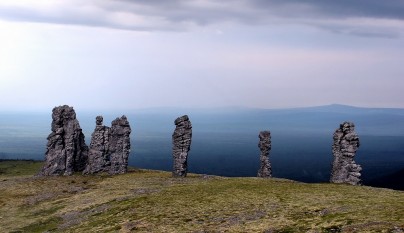 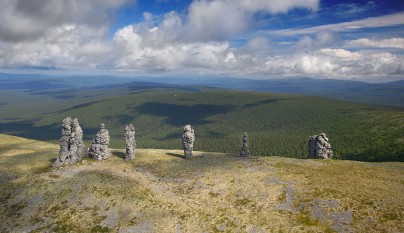 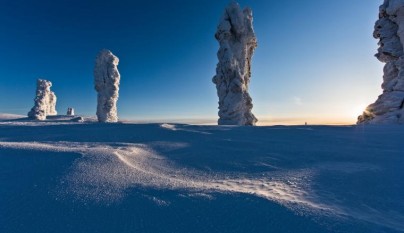 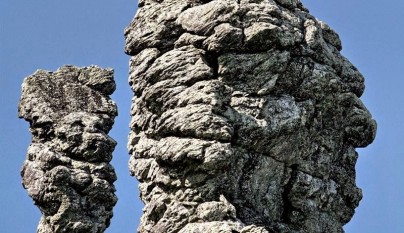 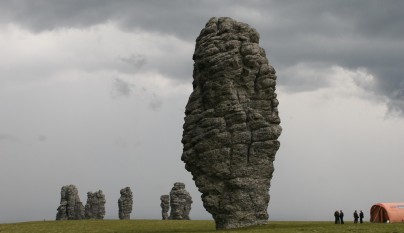 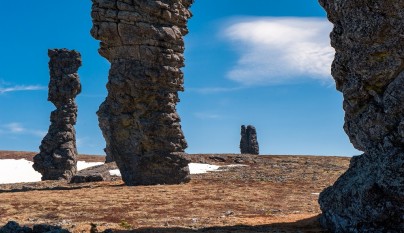 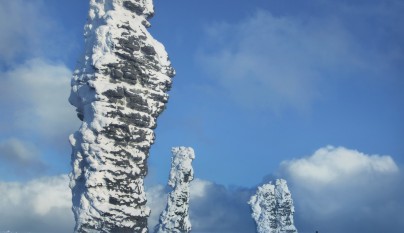 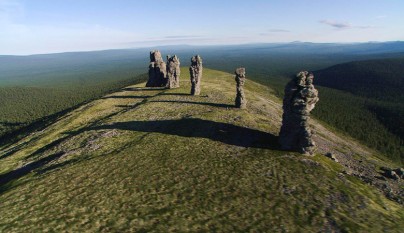 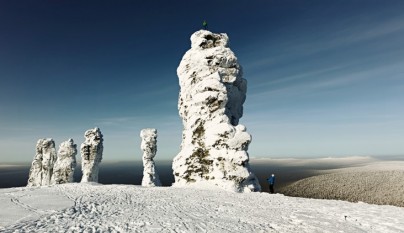 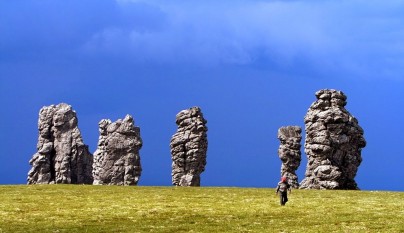 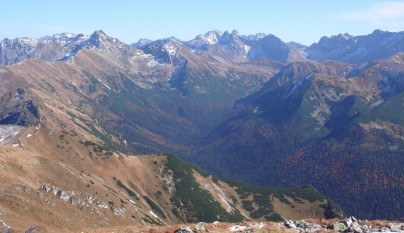