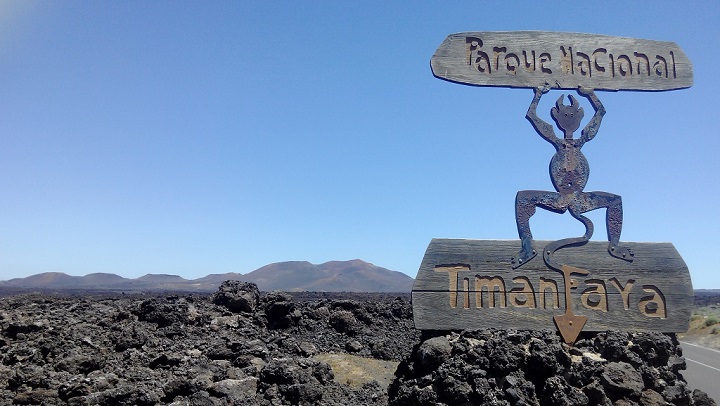 Do you have the possibility of escaping for a few days this Christmas? Are you already planning your Easter or summer vacation? Are you going to take advantage of a weekend or long weekend to visit some place? Well, today we are going to propose a destination that amazes everyone who visits it. We are referring to Lanzarote , which has many things to offer tourists: beautiful beaches, spectacular landscapes, interesting museums, great shows, exquisite cuisine …

Without a doubt, one of the great attractions of this Canarian island is the Timanfaya National Park , about which we want to speak extensively today. Would you like to join us? We assure you that you will not regret it!

Origins of the Timanfaya National Park

Located on the beautiful island of Lanzarote, the Timanfaya National Park can boast of being the only member of the predominantly geological Spanish Network of National Parks. In addition, it is a sample of the volcanism in the Macaronesian Region . Apparently, the origin of this natural area dates from the 18th century, and more specifically from the period between 1730 and 1736, since during those years, and also in 1824, different volcanic eruptions took place that gave rise to the geomorphological structures that today we can observe. In order to protect this area of ​​great value, it was named a National Park in 1974. In addition, the Timanfaya National Park is a UNESCO Biosphere Reserve (actually the entire island is) and a Special Protection Area for Birds . 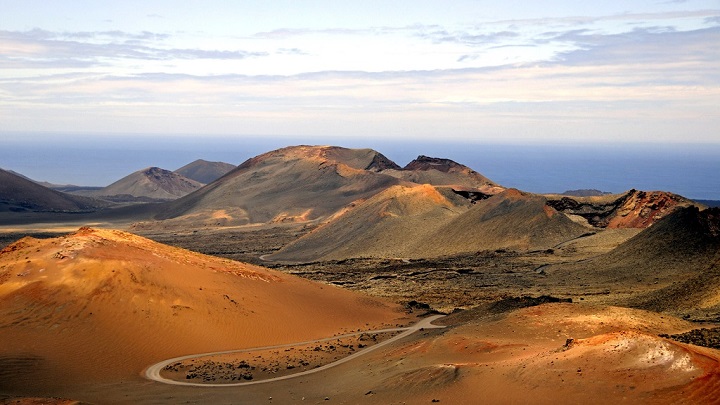 The largest volcanic region in the Canary Islands

Timanfaya National Park is the largest volcanic region in the Canary Islands. In fact, it occupies an area of ​​51.07 square kilometers, in which volcanoes can be found. Yes, of all of them the Fire Mountains, the Rajada Mountain and the Corazoncillo Caldera stand out. What is most impressive is that there is still volcanic activity here. Furthermore, in some points the surface reaches 120º C, while at a depth of 13 meters we can find temperatures of 600º C. 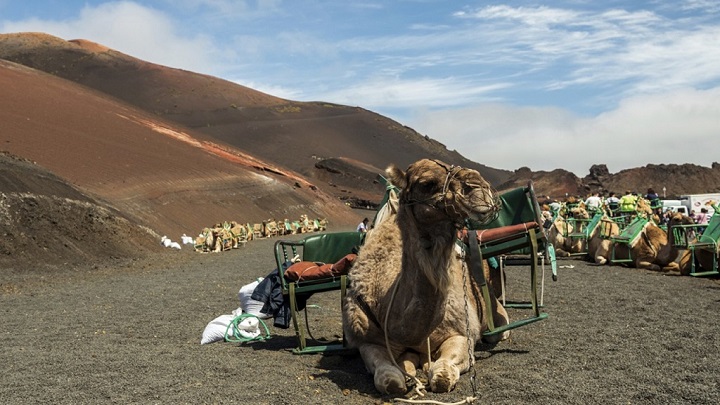 The wonders of Timanfaya National Park

As you can see for yourself in the images that we show you below, the landscape of this national park seems taken from another planet. And it is that you will be able to see from petrified lava, to volcanic ash deserts, through craters, crevices or soils that, as we have mentioned before, at shallow depths have a temperature typical of hell itself. It must also be taken into account that, as it is an area in which human presence has been practically non-existent , it is a perfect place to investigate biological colonization processes. In addition, we want to highlight that it is also a territory with a great biological variety, being able to find 180 species of plants. Of course, we cannot forget the chromatic diversity, which will amaze you.

📖  The most beautiful towns in Salamanca 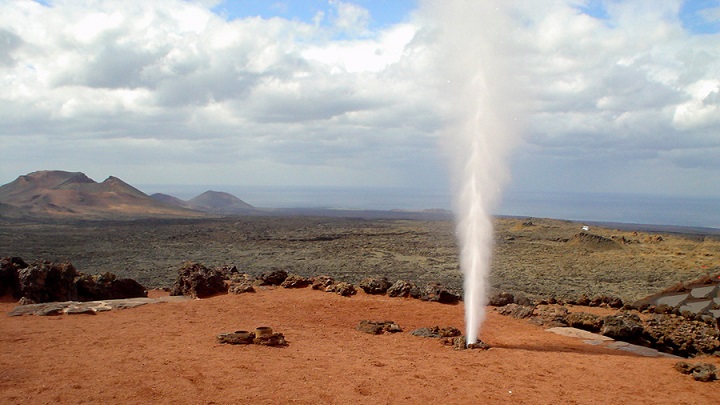 The Route of the Volcanoes

Within the Timanfaya National Park there is a section of about 14 kilometers that is conditioned. It is the Route of the Volcanoes, a route that is included in the ticket price. The route begins at the Islote de Hilario and discovers the main volcanic monuments formed in recent centuries, different types of lava, horns such as the Manto de la Virgen, volcanic tubes, the Valley of Tranquility and the impressive craters of Timanfaya. In addition, it is important that you bear in mind that in the El Diablo restaurant you can enjoy the most typical dishes of the island cooked with the same heat that emanates from the earth. Then we leave you with our gallery , where you can find more images of this beautiful national park located in Lanzarote. Do not miss it! 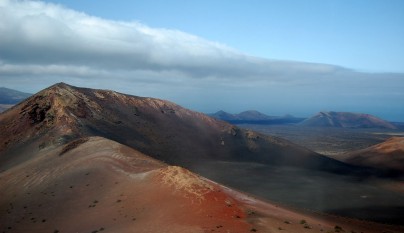 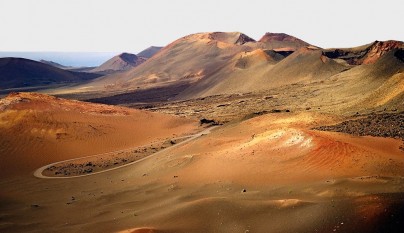 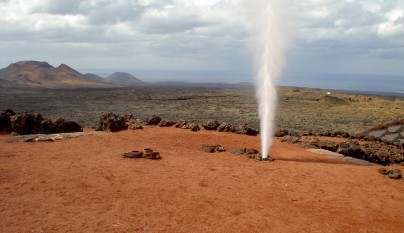 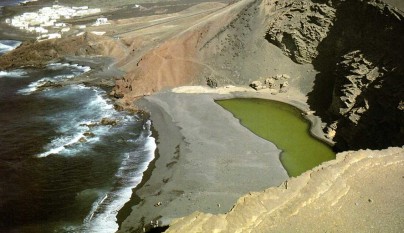 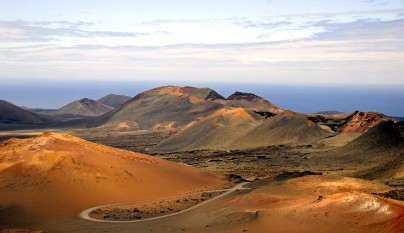 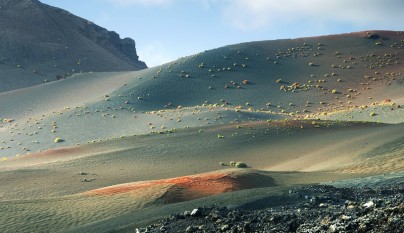 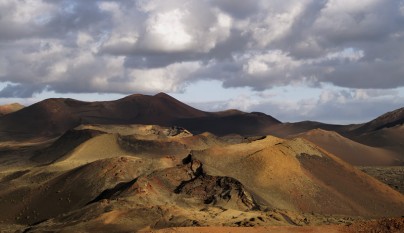 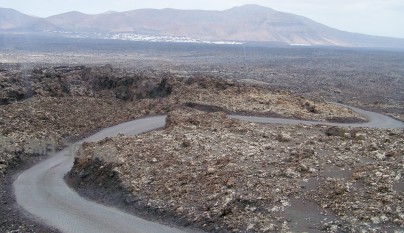 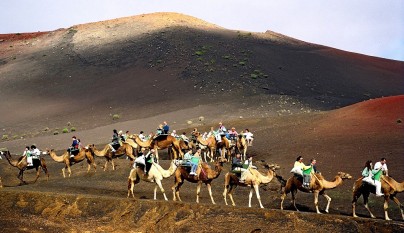 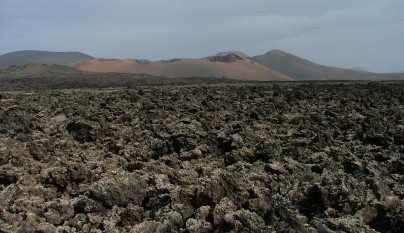 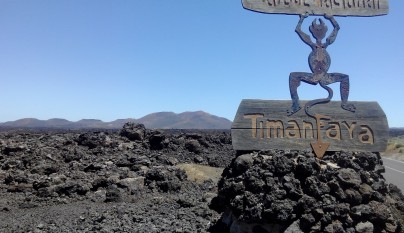 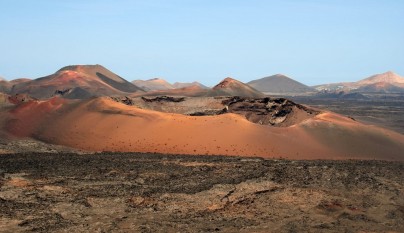 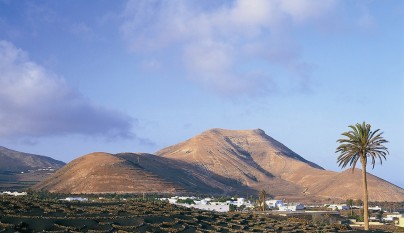 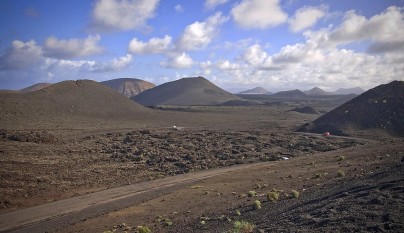 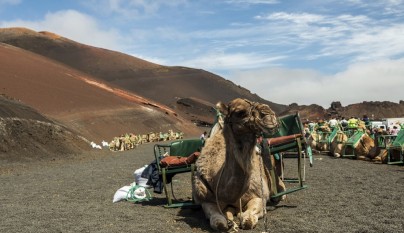 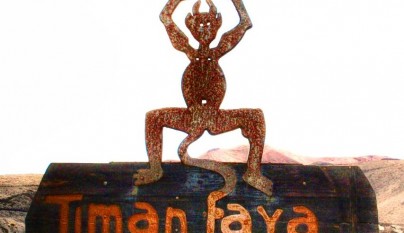