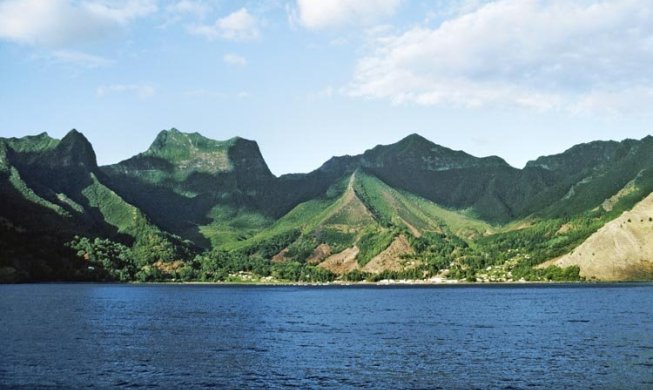 When I travel I love combining my passion for travel with other passions such as cinema, television, sports or reading, and visiting places where something important has happened that has to do with those sectors. The one I’m bringing you today is one of them, nothing less than the island of Robinson Crusoe , the one that Daniel Defoe knew so well how to explain to us in his wonderful book.

Robinson was a castaway who lived on an island for several years after his ship sank. That story will always remain in the memory of many and will continue to be important generation after generation, also helping those who read it to surpass themselves and fight to achieve their goals. It is a true story based on Alexander Selkirk , a Scottish sailor who lived on an island and which is what we now all know as the island of Robinson Crusoe.

This island is in the Juan Fernández archipelago , which was discovered in 1574 by the Spanish navigator of the same name and is in the territory of Chile . It is made up of three islets, one of them that of Crusoe and which is a paradise unknown to many, which makes it much more special. Currently it is visited to practice adventure tourism such as hiking or trekking, although it is also a place where you can see wonderful landscapes.

It was declared a Biosphere Reserve by UNESCO in 1977 thanks to the great quantity and variety of flora and fauna it has. There you can visit the Plazoleta del Yunque, a place from which to observe the entire island and see some amazing panoramic views, as well as being able to visit the cave in which the sailor lived for 5 years. To the south of the island there is a very famous viewpoint and that is from which Selkirk saw the ship that rescued him.