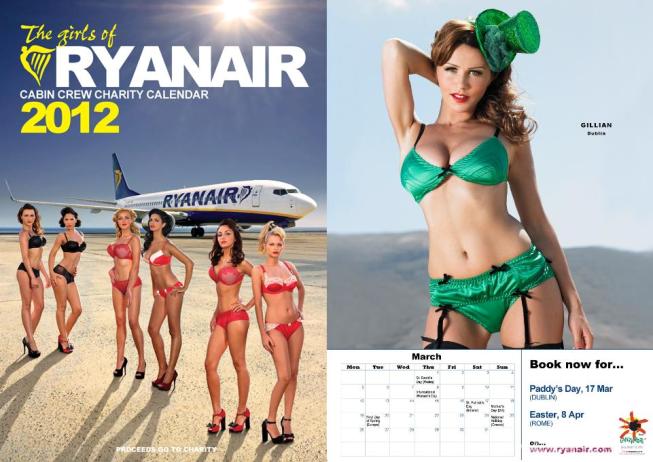 There is no doubt that the airline Ryanair likes to make people talk and generate controversy, either through accessories that it wants to incorporate into its flight rates or through other types of actions that are not well considered by some sectors. One of these things is the calendar that they put on sale every year and in which you can see several of their hostesses in sensual attitudes.

A couple of years ago they began to make the Ryanair calendar and all that is raised is for various solidarity projects, and although until now they were only sensual poses of their hostesses, this year they go further and show us some of their workers in lingerie. This original calendar can be purchased during any company flight and costs about € 10.

What is clear is that it is quite sexist because there are also male pilots and flight attendants, why do only girls go out? I’m sure they would sell many more if the boys also made one like those of the firefighters, whoever they are from the city, they always take their breath away with their calendars and, of course, with their great bodies. It is also true that even if you do not like girls, you can buy it anyway and give it to someone you know will like it, that the important thing is that the money is destined for a good cause.

📖  Tips for eating in the street stalls of the world

All that is collected with the 2012 Ryanair calendar will go to an organization called DEBRA and that with that money will provide a week of vacation to about 50 families who have children with a skin disease called epidermosis. Those vacations will be in Malaga since in the Andalusian city there is one of the most prestigious centers for the treatment of this disease.