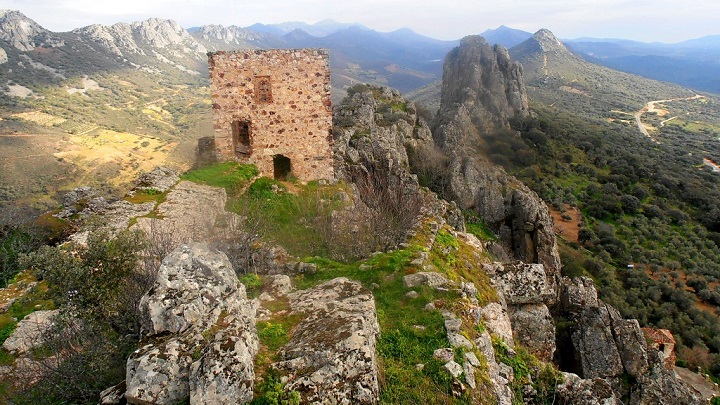 As we have told you on numerous occasions, our country hides really fantastic natural corners. In fact, many of them have achieved some type of designation by UNESCO. One of these places has been the Villuercas-Ibores-Jara Geopark, which from January 1 we will be able to call the Villuercas Ibores Jara UNESCO World Geopark .

Located southeast of the province of Cáceres , Extremadura, this natural park stands out for both its natural and heritage value. Do you want to discover it? Well, you know what you have to do! Do not miss anything that we tell you below!

As its name indicates, the geopark is located in the Villuercas-Ibores-Jara region, in the southeast of Cáceres. Also called the Extremadura Geological Park, it is the only Geopark in Extremadura (in Spain there are a total of 8). As indicated by the Extremadura Tourism website, it comprises 19 municipalities and, until now, it can boast of offering sustainable tourism in order to keep this area in good condition. 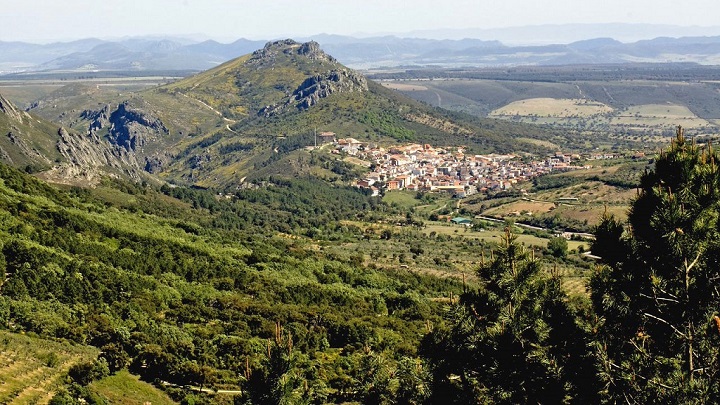 As we have told you before, this extreme corner has been designated a UNESCO World Geopark, so from now on there will be even greater efforts to increase awareness of geodiversity and promote the best practices in education, protection and tourism. Undoubtedly, this name will make it a more attractive destination, becoming an essential place to visit within geotourism worldwide.

📖  Rodén, a town in Zaragoza destroyed during the Civil War, declared a Site of Cultural Interest

On the other hand, it is important to bear in mind that, with this new UNESCO name , there are already five Extremadura places that have been designated by the organization: the Monumental City of Cáceres, the Royal Monastery of Santa María de Guadalupe, the Conjunto Archaeological of Mérida and the Monfragüe Biosphere Reserve. You will find more information about this last place in our article “The Monfragüe National Park, a paradise for bird lovers”. 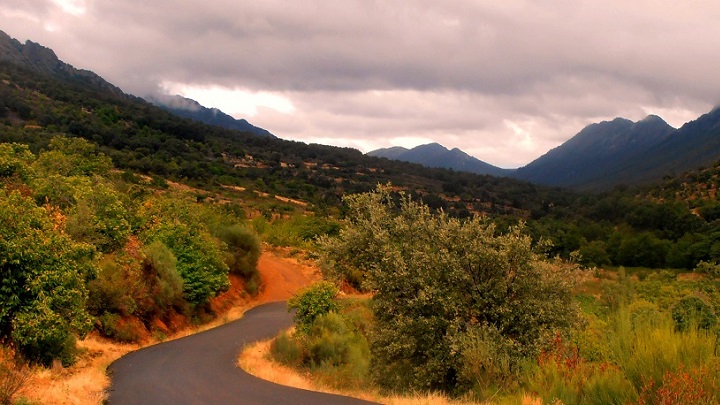 How could it be otherwise, one of the great attractions of this 2,544 square kilometer mountainous massif is nature, being able to find many points of interest such as, for example, the Risco de La Villuerca which, with its 1,601 meters, is the in charge of marking the division between the Extremadura basins of the Guadiana and the Tagus. As you can imagine, from this point, the highest in the Geopark, you will be able to contemplate fantastic views of the valleys and mountain ranges.

A Geopark with great historical importance

Beyond the natural spaces that can be seen here, this Extremadura area stands out for its historical heritage, and more especially for its paleontological wealth. Apparently, more than 540 million years ago this region was part of a primeval sea. Erosive and sedimentary forms, folds and faults have their origin in this stage. In addition, you can find rocks with cave paintings , dolmens, forts, castles and a sample of Mudejar architecture. The most remarkable building is the Royal Monastery of Guadalupe, which has been declared a World Heritage Site. It is also important to take into account the mining past of the region. Proof of this is the Constanza mine that can be visited, which is located in the municipality of Logrosán. 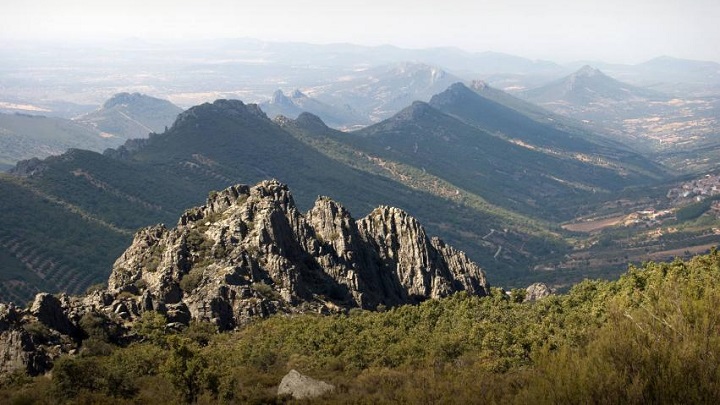 We do not want to say goodbye without first telling you about the gastronomy of this corner of Extremadura. And here you can enjoy some exquisite products from the area: honey, wines, goat cheese, chestnuts, traditional pastry … Then we leave you with our gallery , where you will find more images of the Villuercas-Ibores Geopark- Rockrose. Do not miss it! 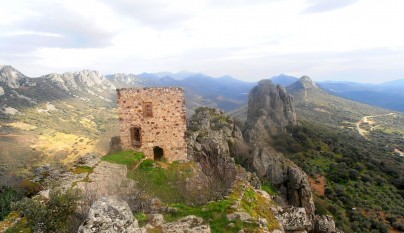 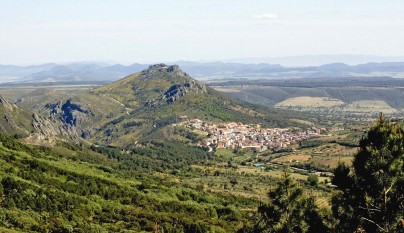 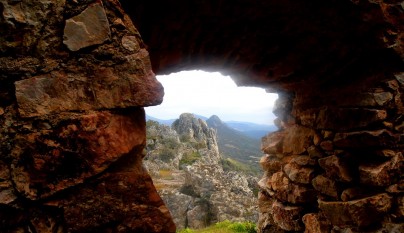 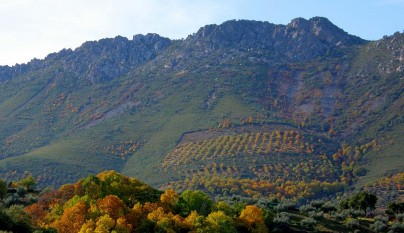 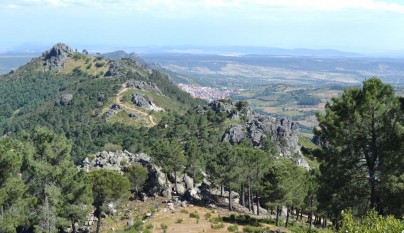 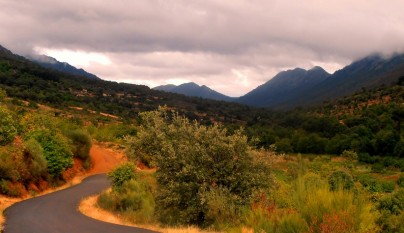 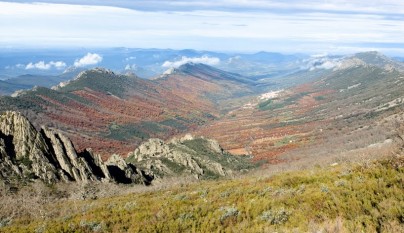 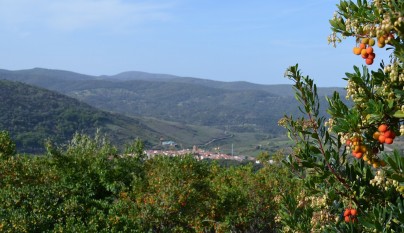 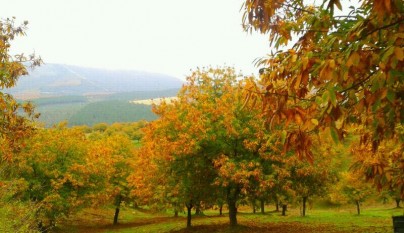 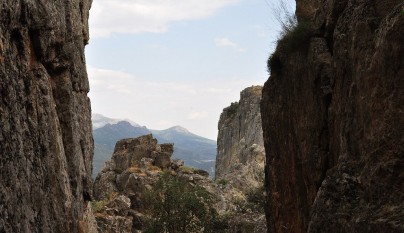 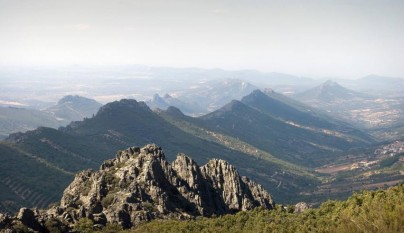 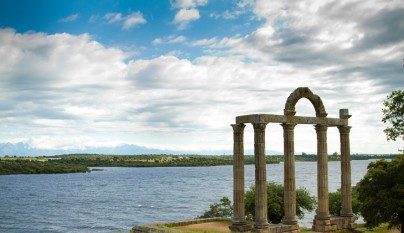 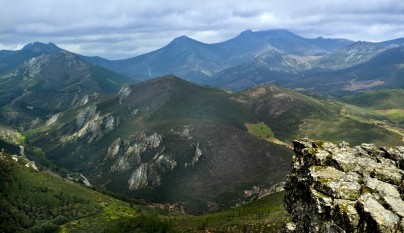 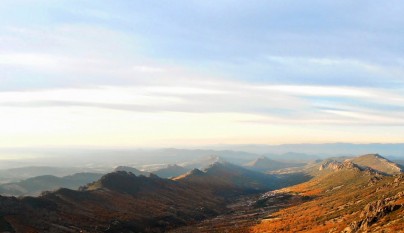 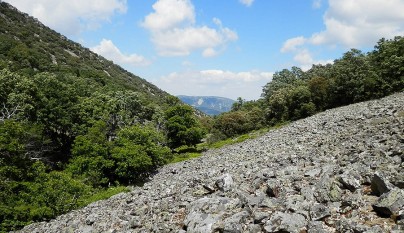 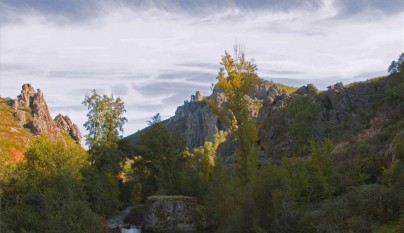 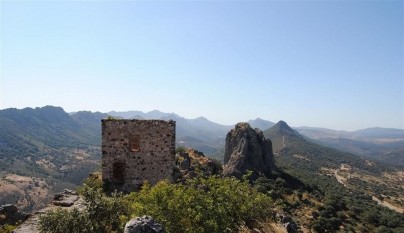 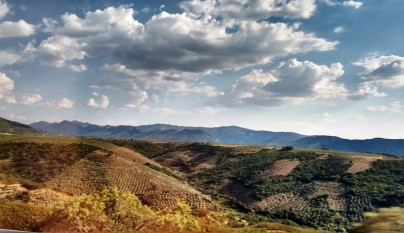 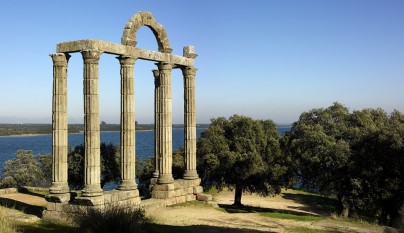 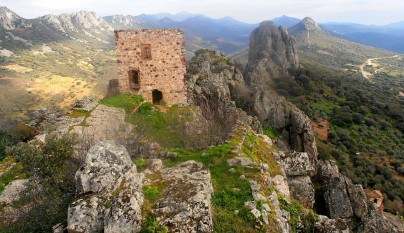