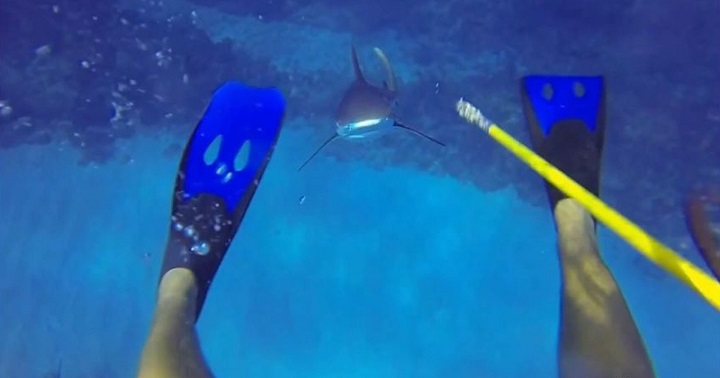 Are you passionate about the sea and diving ? Well, maybe you don’t want to go back to the depths of the ocean after watching the video we have prepared for today, because it makes your hair stand on end.

The protagonist of the images that you will see at the end is Jason Dimitri (at least that’s what he calls himself on his YouTube channel), a diver who was swimming next to a reef near the Cayman Islands, in the Caribbean, and that it had as objective to hunt a lionfish, a territorial and solitary species, whose venom is a serious enemy for some species. What was not expected is that he was going to have to deal with a shark.

Defending himself with a small harpoon

Dimitri, who was carrying a GoPro camera, recorded in first person the precise moment when a shark attacked him. The diver was able to defend himself with a small harpoon, although the persistent animal was about to capture it. Luckily, he was able to survive to tell the tale. 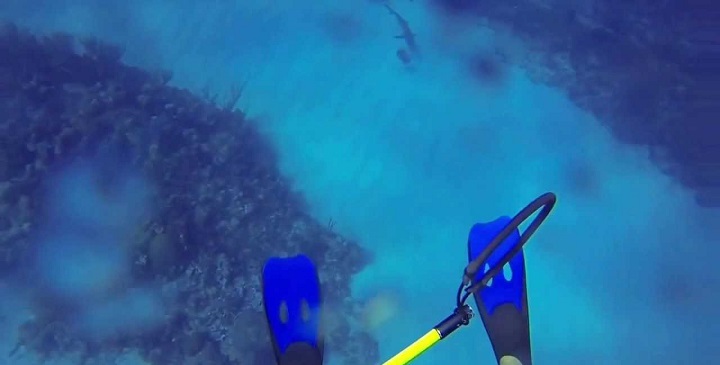 One million visits in three days

The video recorded by Dimitri surpassed one million views in three days. Of course, as in the video you can see how a fish hunts , he wanted to clarify why he does it:

I want to let you hunt lionfish to help protect the reef from the destruction they cause. The shark was acting in its natural environment. I have nothing against him, and I will return to the water to continue protecting the reef for future generations.

It is clear that the GoPro cameras, created in 2002 by Nick Woodman , have been very successful. Just a few months ago, its creator sold a small part of the company to the Chinese manufacturer Foxconn for 200 million dollars. In fact, his fortune is estimated at 1,500 million.

📖  The smallest countries in the world