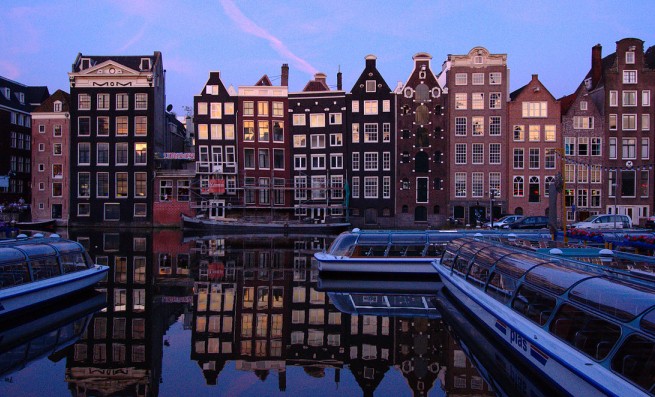 One of the most beautiful and well-kept cities in Europe is Amsterdam , the Dutch capital that to a certain extent reminds Venice for the large number of canals it has throughout the city and that give it a touch so spicy and magical that very few cities manage to have it. . Although we have already told you about this city on other occasions, today I would like to focus on the channels it has.

In Amsterdam there are about 160 canals that stretch for about 75 kilometers around the city and with 1,500 bridges that cross them, a whole landscape spectacle. The first canals were made for defense transport in the seventeenth century and several were created to surround the center of the city and ensure that it was well guarded.

📖  The most important cities in Holland

The Grachtengordel canal is one of the most traveled by all those who visit the city, something you can do by taking a boat ride to enjoy all the surroundings and the characteristic architecture of the city. This was also the first to exist and was only for 50 years, which was how long it took to start a second phase of channels with the Keisersgracht and the Prinsengracht. Little by little all the others were arriving to be able to connect the city with multiple channels everywhere.

A cruise through any canal will be a golden opportunity to discover the whole city from another perspective, in addition to the fact that in many of these cruises you can have lunch or dinner on board to make the experience complete. If you have the chance, I recommend that you choose a night cruise or simply a boat trip but at night to enjoy the entire city illuminated, a marvel of contrast with the water of the canals.