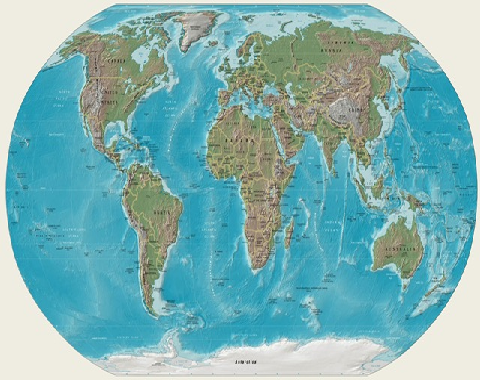 Even if you love to travel and want to know all the corners of the world, you should know that there are certain countries in the world to which it is not advisable to travel . They can be especially dangerous, in fact on more than one occasion there have been cases of terrorist attacks in one of these countries that have cost the lives of more than one tourist. Here we show you which are these countries.

Of all the countries to which travel is believed to be risky, seventeen of them are considered particularly dangerous . Visiting these countries is discouraged due to both their political instability and the ongoing warfare that takes place in them. This is the list of countries: Afghanistan, Papua New Guinea, Sudan, Chad, Haiti, Iraq, Sri Lanka, Uganda, Somalia, Oman, Yemen, Lebanon, Nigeria, Liberia, Timor, Democratic Republic of the Congo and lastly Uzbekistan.

📖  Okinawa Churaumi, one of the largest and most impressive aquariums in the world

Among the remaining countries that pose a risk to tourists, there are another twelve that are still considered very dangerous but to which you can travel taking the necessary precautions . These countries are: Lesotho, Bangladesh, Burundi, Pakistan, Rwanda, Gambia, Brunei, Iran, Indonesia, Kenya, Central African Republic and Sierra Leone.

Finally, there would be twenty-seven countries that would also be considered risk areas, either due to epidemic diseases and terrorist acts , or because they are close to war zones, among many other causes. These countries are: Burkina Faso, Ethiopia, Madagascar, Gabon, Ghana, Malawi, Tanzania, Ivory Coast, Kyrgyzstan, Mauritania, Republic of Guinea, Jamaica, Laos, Mozambique, Cambodia, Guinea Bissau, Kazakhstan, Mali, Zimbabwe, Malaysia, Nepal, DJibouti, Myanmar, Zambia, and the Solomon Islands.