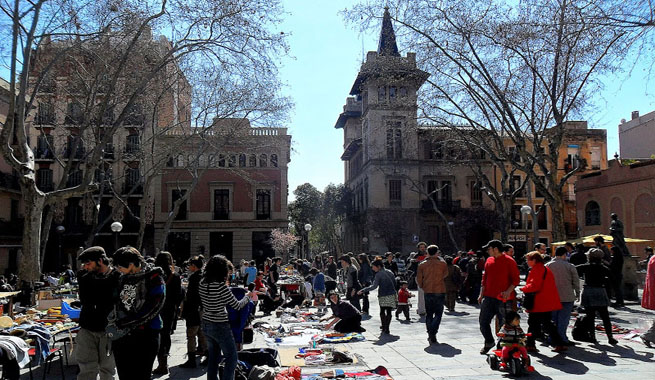 It is the most bohemian neighborhood in the city, especially since artists and writers settled in it. Today, despite the modernity that floods it and a certain gentrification, it continues to maintain its identity. In its narrow streets and squares full of life you can breathe a rural atmosphere that contrasts with the rest of Barcelona.

If you are going to travel to Barcelona soon, reserve some time to discover the Gracia neighborhood in the best possible way: walking through its streets, walking among its people and discovering its shops and markets. It will be worth it. 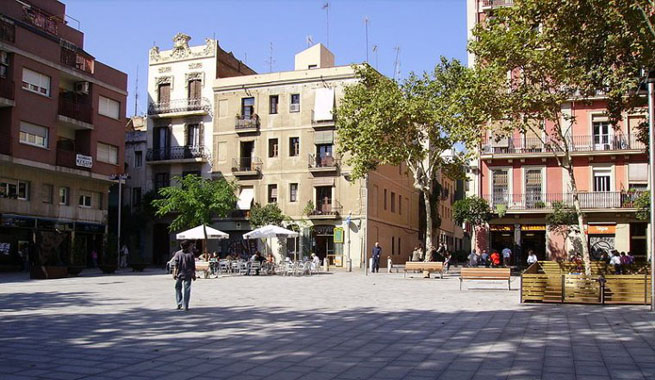 There are many things to see in Barcelona and the Gracia neighborhood is one of them. It begins in the northern part of Passeig de Gràcia, where the Casa Fuster is located , a modernist building with a white marble facade that was designed by the famous Lluís Domènech i Montaner. Stop to contemplate it and enjoy it. If you continue along Carrer Gran de Gràcia (it is the main artery of the neighborhood) you will discover other houses of modernist architecture that are an authentic beauty.

📖  The most beautiful towns in A Coruña

But the architectural jewel of the neighborhood is none other than Casa Vicens , one of Gaudí’s first works in Barcelona, ​​which was built between 1883 and 1888. The Moorish-style façade is lined with decorated tiles. It is also worth visiting the Mercat de la Llibertat , modernist and marvelous, which was designed by Francesc Berenguer, a disciple of Gaudí.

Plaça Rius i Taulet is the heart of the neighborhood, although if you are going to ask a passerby for its location, it would be better to ask for Plaça del Rellotge, because that is how it is known. This is because of its clock tower that was built there in the mid-nineteenth century and is no less than 30 meters high. Another interesting square is Plaça del Sol , very typical and lively.

📖  10 plans with children in Seville