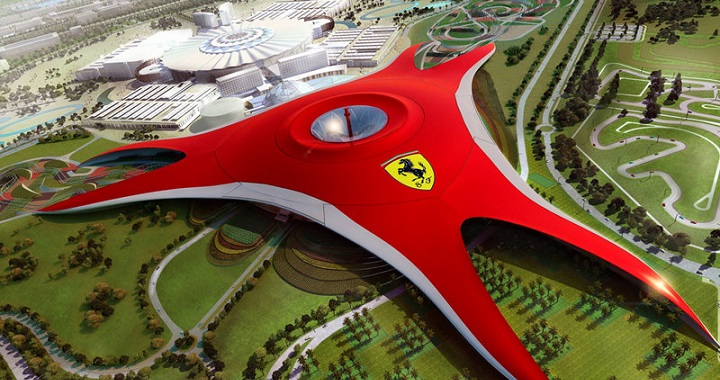 We have just learned of an alliance that will delight all fans of Formula 1 and the motor world, especially the Ferrari car brand. And the fact is that the Italian company has teamed up with Port Aventura to invest 100 million euros to build a space dedicated to automotive within the tourist resort.

The new “ Ferrari Land ”, scheduled to open in 2016, will occupy an area of ​​75,000 square meters and will include new attractions, such as the highest and fastest vertical accelerator in Europe, a new themed hotel, a 5-star luxury establishment with 250 rooms, in addition to restaurants, shops and a large areas of racing car simulators. Do you want to know more details about this alliance? Well, do not miss anything that we tell you below!

📖  The mountain of Taurus in Gran Canaria

A park with a separate entrance

Although it is still not entirely clear, it seems that the new park will have an independent entrance within Port Aventura, as is already the case with the aquatic area of ​​the Tarragona destination. In addition, a BCN World casino and leisure complex continues to be developed on land adjacent to the park.

Many Ferrari fans in Spain

According to reports from Ferrari, after the success of the Ferrari World in Abu Dhabi, many requests have been received to build new entertainment parks and they have decided to accept this proposal because it is a solid project “managed by a very professional team and it is the opportunity to bring the Ferrari spirit to Spain ”, where the firm has many fans and followers, including many tourists also attracted by the attractions of Port Aventura.

📖  Santiago de Compostela: the most emblematic places that you cannot miss

The best in their fields

From Port Aventura they recall that Ferrari has been classified for the second consecutive year as the most valuable brand in the world in the Global 500 Report ranking and that the theme park has been considered the «second largest destination resort in Europe and the first in the Mediterranean «. And it is that Port Aventura receives four million visitors every year, half foreign tourists.