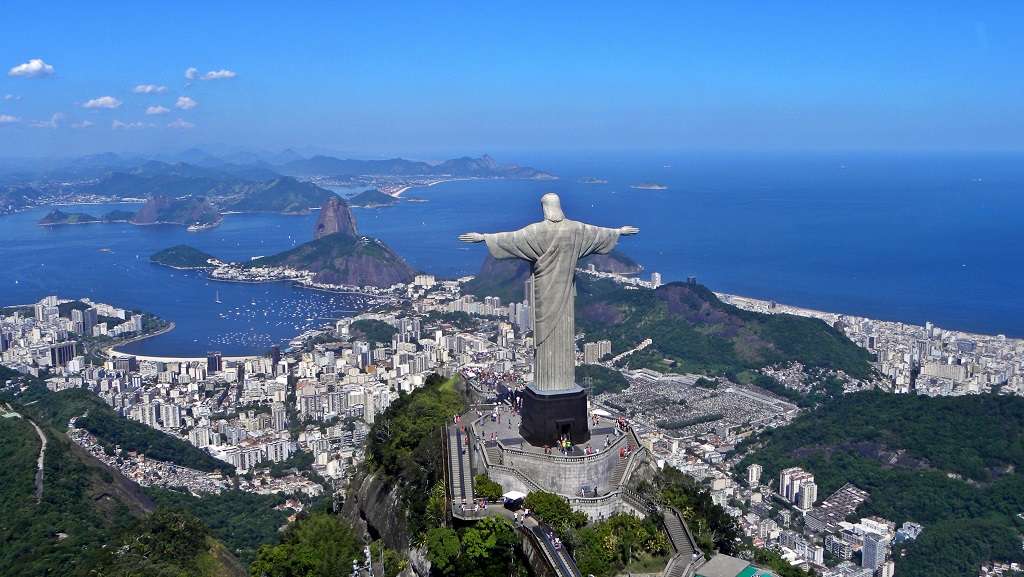 Brazil is the fifth largest country in the world. The total area it occupies is 8,514,877 square kilometers and it has an estimated population of 191,796,000. Brasilia is the capital city, while the ‘Real’ is the currency. The official name of Brazil is the Federative Republic of Brazil. The countries that share borders with Brazil are Suriname, Guyana and Venezuela in the north, Bolivia and Peru in the west, Colombia in the northwest, Uruguay, Paraguay in the south, and southwestern Argentina.

It was conquered by the Portuguese in 1500 and this huge landmass remained their colony until 1815. Previously, the southeastern region of Brazil had dense forest cover. Today, this region is the most populated in the country and is home to the main cities. The variety of animals found in Brazil is greater than in any other country in the world. The different climatic zones of Brazil are home to 600 species of mammals, 1,600 birds, 1,500 species of fish and 100,000 types of insects.

The largest wetland in the world, the Pantanal is located in western Brazil. This area is characterized by the presence of small islands and flooded lagoons. The first attempt to overthrow the Portuguese regime of the Brazilians was made in 1789. Although the rebellion was crushed, a movement towards the fight for freedom began. Finally, in 1822, Brazil achieved the status of a sovereign state. The king however, was expelled in 1888.

Dilma Rousseff was the first woman to become the president of Brazil, and took office on January 1, 2011. Brazil shares its borders with all the countries of South America except for Ecuador and Chile. The Atlantic Ocean is located to the east of Brazil. The extensive coastline of Brazil is dotted with numerous beaches that attract tourists from all over the world.