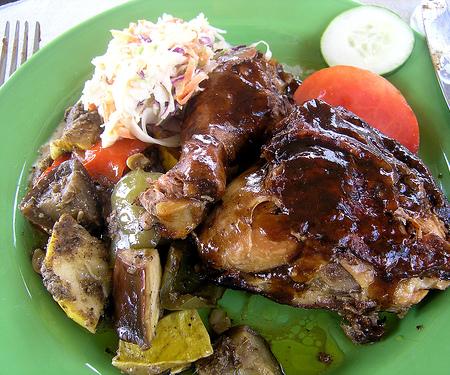 The gastronomy of Jamaica is recognized worldwide for its flavor and variety, since it is a mixture of African and English food in which a number of spices are added.

The basis of Jamaican cuisine is given by fish, poultry, rice, vegetables, fruits and spices. For all this, it forms a very healthy diet, since fresh food is used. But in Jamaica we can find indigenous ingredients:
– Quibombo : used to thicken, similar to chili.
– Ackee : fruit that is prepared cooked.
– Callaloo : vegetable similar to spinach that is used to make a soup that also contains different types of roast meats. 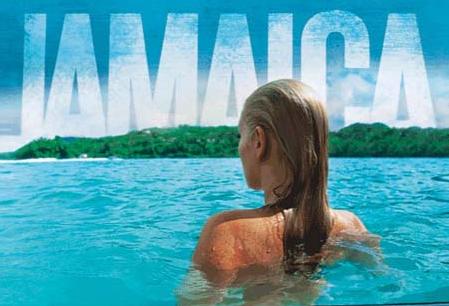 But what most characterizes its cuisine is the enormous variety of spices, ginger, curry and allspice, which is characterized by a spicy flavor and intense aroma. Among the most typical dishes of Jamaica we find:

– Jamaican Omelette : prepared with eggs, chard, carrots, celery, potatoes and fresh tomatoes.
– Summary : delicious dish prepared with different varieties of fish and vegetables cooked with coconut milk, peppers and somewhat spicy spices.
– Jerk Pork or chicken : specialty prepared with pork or chicken, marinated in a jerk sauce that is very strong and spicy.
– Charqui : sauce to taste meat, fish, vegetables. A marinated mixture is made with nutmeg, cinnamon, cloves, garlic, onion, vinegar, soy and rum.
– Pork with allspice : before cooking the pork, let it rest for a few hours in a mixture of pepper, ginger, cloves and nutmeg.
– Papaya chutney : pieces of green papaya, mango and ginger, bathed in tamarind juice formed by vinegar and hot pepper.
– Rabbit with Rum : before cooking the rabbit, let it rest for a couple of days in a mixture of rum with pepper.

📖  The cheapest exotic destinations in the world

The most typical drinks of the island have a strong flavor, we highlight the Jamaican rum and the coffee liqueur. In addition, all kinds of local fruit juices and smoothies are served.