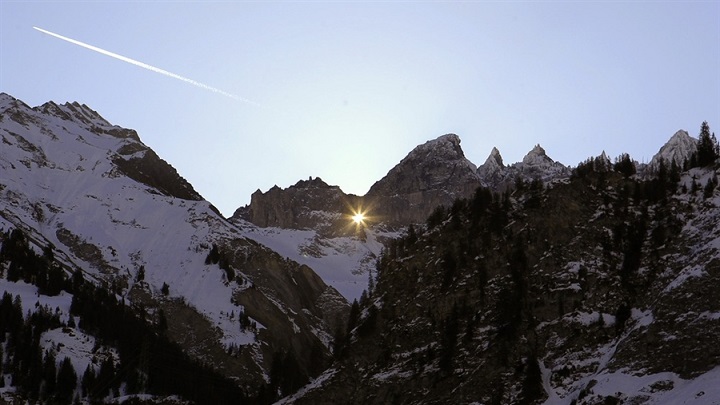 Snow, watches, cheeses, chocolate, spectacular natural landscapes, a wide range of cultural and leisure activities, history, adventure sports … Switzerland hides attractions on all four sides, yet it is not among the most visited destinations in the world. Of course, we recommend a visit to this country at any time of the year.

One of the great attractions of Switzerland that we have not mentioned before is a natural phenomenon that can only be seen twice a year and in a specific part of the country. We are referring to the so-called Window of the Sun , a natural hole located in a mountain in the canton of Glarus through which the sun passes twice a year. Do you want to discover more details about this impressive natural phenomenon? Well then you can’t miss anything that we tell you below!

Today we move to the small town of Elm, which is located in the Sernf Valley, in the Swiss canton of South Glarus, to talk to you about one of the most beautiful and surprising natural phenomena on the planet, among other things because it only happens twice a anus. We are referring to Martinsloch , also called Martin’s Hole or Window of the Sun, which is actually a hole located in the formation of the Tschingelhörner, in the Swiss Tectonic Arena Sardona, a mountainous area declared a World Heritage Site by UNESCO that It covers 32,850 hectares and is home to seven peaks over 3,000 meters high.

📖  Null Stern, a hotel without a roof or walls in the Swiss Alps 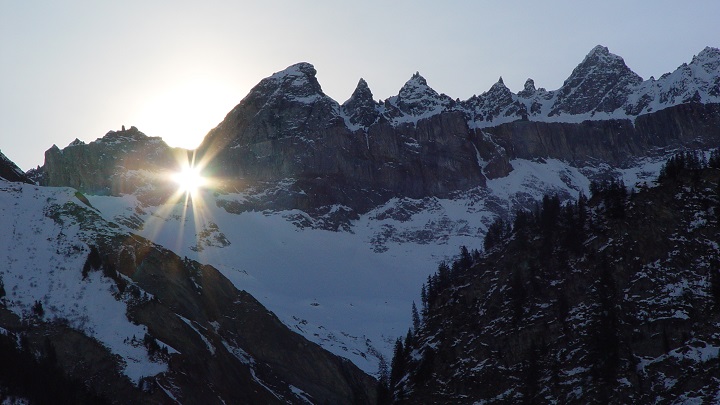 The hole itself, which measures 22 × 19 meters, would have no value if it were not for the fact that 4 days a year it lets the sun pass through, illuminating the church in a magical way and offering a unique image that some tourists come to contemplate. However, this phenomenon is still so little known that it can be observed without stress. Of course, it has fascinated men for several centuries. In fact, how could it be otherwise, there is a legend around the famous hole. According to account, the origin of Martinsloch is due to the hero Martin, who generated the hole after fighting an evil giant. 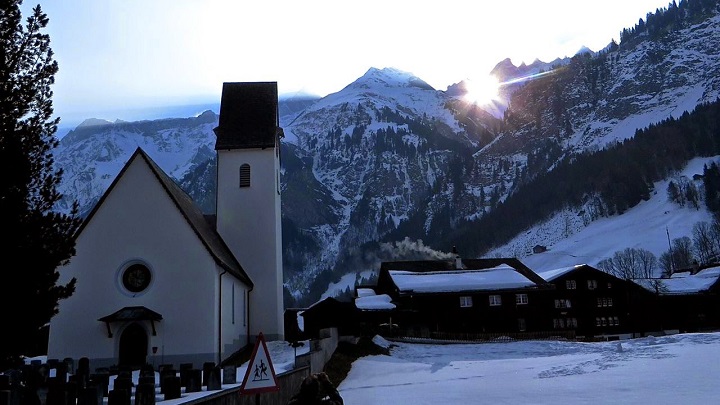 You can also see the moon

As we told you, this event occurs only 4 days a year, two at the beginning of spring and another two at the beginning of autumn. Although it only lasts a couple of minutes, during sunrise, it is tremendously surprising . For this reason, many astronomers make a pilgrimage to this place on September 30 and October 1; and on March 12 and 14, which is when this phenomenon takes place. In addition, it seems that on some occasions it is also possible to see the moon through the Window of the Sun.

📖  A walk through Zurich, the great Swiss metropolis 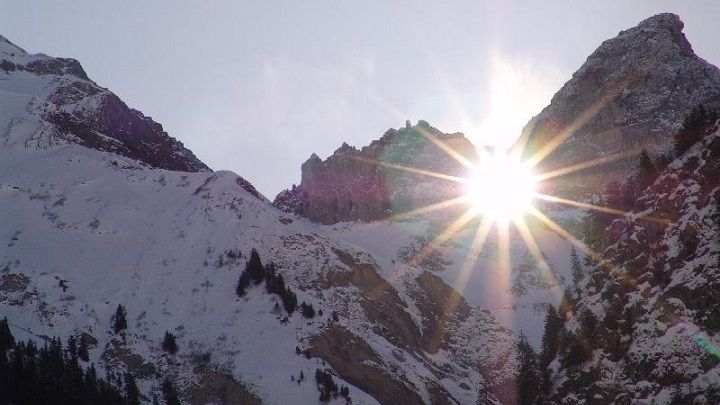 Beyond the Martinsloch, the town of Elm has much to offer the tourist. It is the last town in the Sernftal valley and hides a beautiful historic center that houses houses that are protected monuments. In fact, these wooden houses were distinguished by the Wakkerpreis award and an award from the European Council. Of course, if there is something that attracts the attention of this place, in addition to the hole, it is its alpine environment, which is super interesting from a geological point of view. In addition, it is important to note that the exploitation of the slate was very important in the development of Elm and other villages in the valley. Of course, we must not forget that from Elm you can quickly access ski slopes, being able to find options for both beginners and specialists. In summer, on the other hand, we recommend taking excursions to enjoy the fauna and flora of the place.