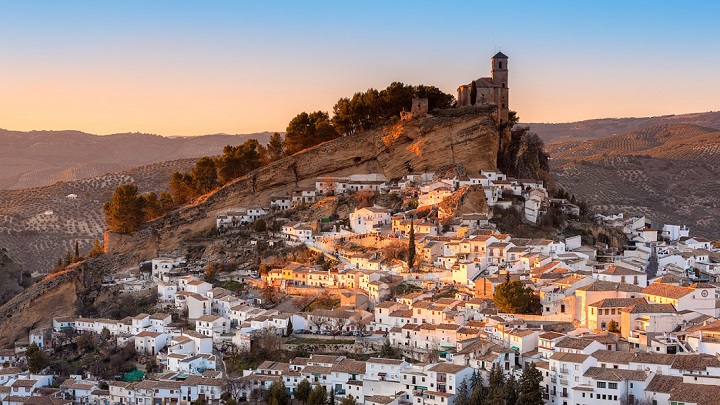 Many people believe that winter is a bad time to tour Spain, but at Vuela Viajes we totally disagree. Yes, we know that it is not the best time to discover some of the best beaches in our country, except for those hidden in the Canary Islands, but it is a perfect time to discover some of the towns that we can find along and width of the territory. Therefore, today we want to tell you about one of the most beautiful on the peninsula.

We are referring to Montefrío , a municipality located in Granada that has been designated by National Geographic as one of the towns with the best views in the world. Would you like to discover more details about this beautiful Andalusian corner? Well then you can’t miss anything that we tell you below!

Montefrío is a town that is located in Granada , specifically in the northwest of the province. It is part of the Western Mountains Region, bordering with Priego, Almedinilla, Alcalá La Real, Illora, Villanueva de Mesía, Loja and Algarinejo, and is framed within the Granada Depression. 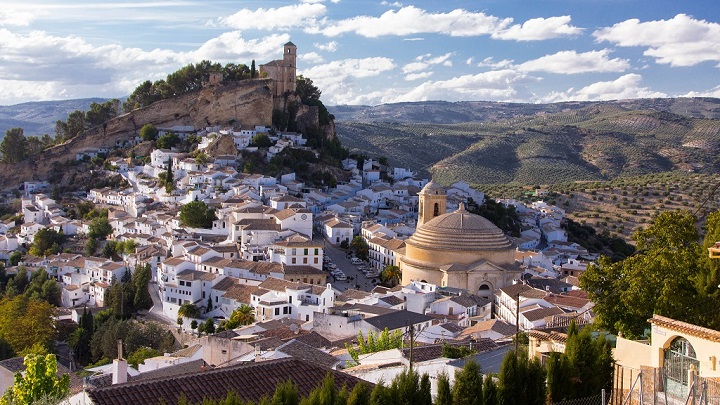 As we have mentioned before, it is considered one of the towns with the best views on the planet, something that is not surprising if we take into account that the landscape that surrounds Montefrío is spectacular, with protruding hills, abrupt vegetation , low areas planted of cereals and olive groves… In addition, it is important to bear in mind that the municipal term is bathed by four streams.

📖  Five romantic cities in Spain to get away on Valentine's Day

Another aspect to take into account is that in the vicinity of the town there are numerous prehistoric sites, such as the dolmens of the Peña de los Gitanos, which is the largest archaeological site in the entire province of Granada; an Iberian necropolis; and Roman and Visigoth tracks. In addition, we must not forget that the current Montefrío was the Roman Hipanova and the Arab Montefrid. 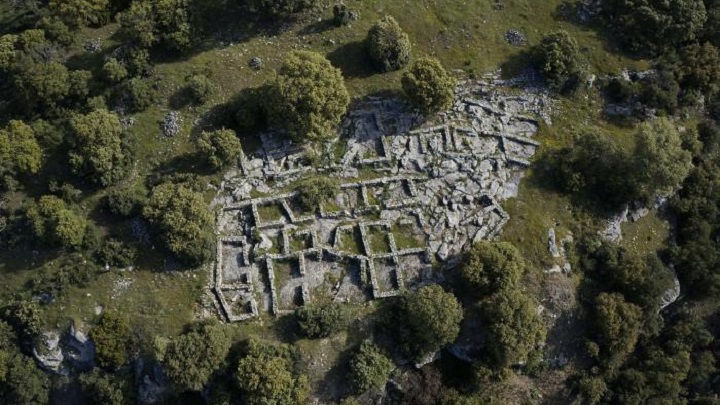 Among the most important monuments of the town we find the Arab fortress, which is located at the top, surrounded by olive groves. In this fortress was the court of King Aben Ismael III. In addition, it is important to bear in mind that it served as the axis in the defensive organization of the Genil valley. However, it was taken in 1486 by González Fernández de Córdoba on behalf of the Catholic Monarchs . Standing out from the fortress is the Church of Santa María, built between 1486 and 1507, which has been declared a National Monument. It is also important to highlight the Church of the Incarnation, with a circular plan, the Church of the Convent, the Hospital San Juan de los Reyes, the Granary of San Antonio, the Roman Bridge, the Christian Burials, the Town Hall, the House of Offices. and the Old Church of San Sebastián, among others.

📖  The most beautiful new towns in Spain

We cannot talk about Montefrío without mentioning its gastronomy and its festivals. Among the typical dishes of the town and the nearby towns we find the Remojón de San Marcos, the brains al mojeteo, the asparagus gazpacho, the cold soup of pickled anchovies, the Easter stew, the broth rice with tenderloin and chorizo, the almond curd or the chocolate croquettes. On the other hand, as they affirm from its City Council , at any time of the year you can find a party in this town that has been able to enrich the tradition with the new sap of youth. 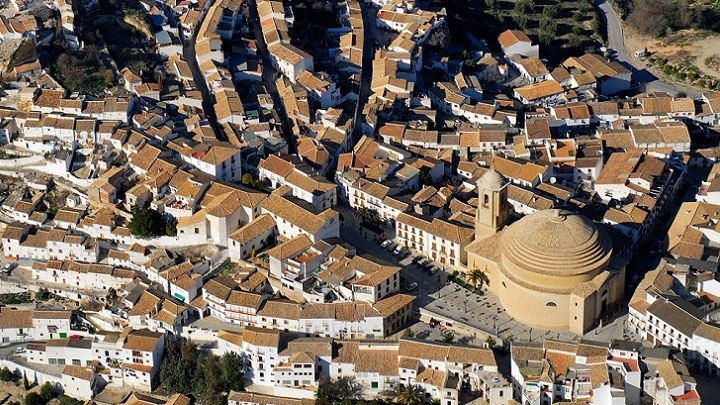 Then we leave you with our gallery , where you will find more images of this beautiful town located in Granada. Do not miss it! 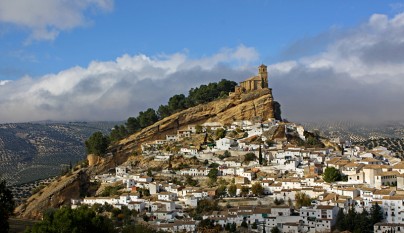 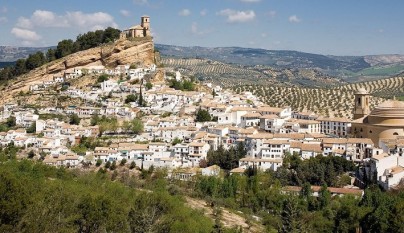 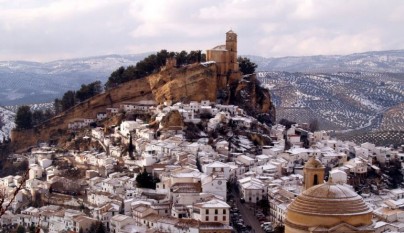 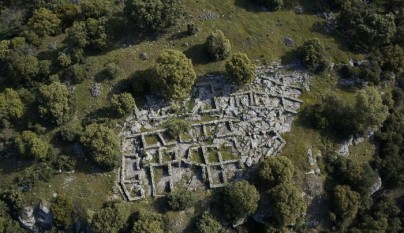 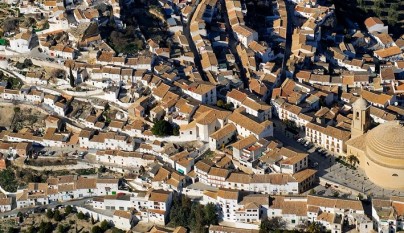 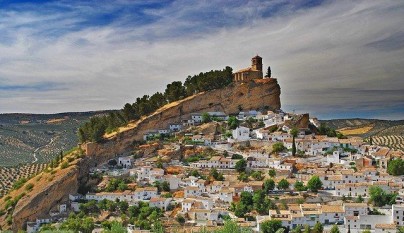 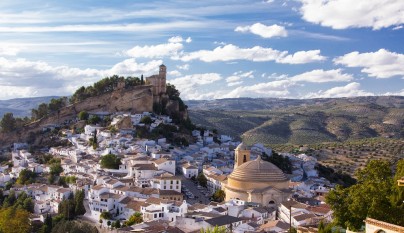 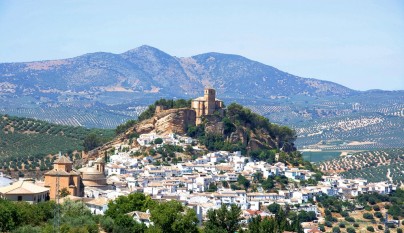 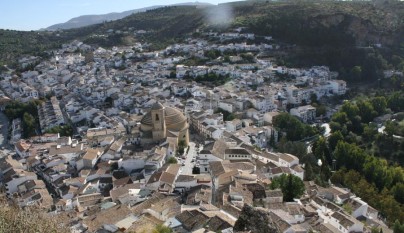 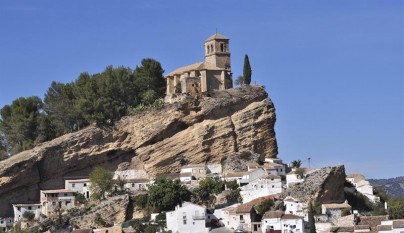 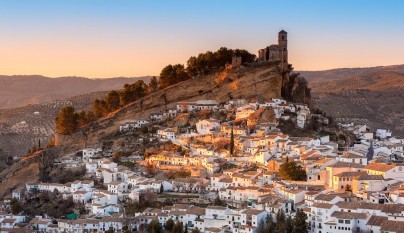 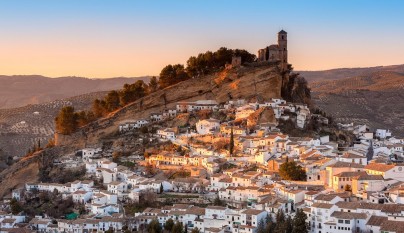