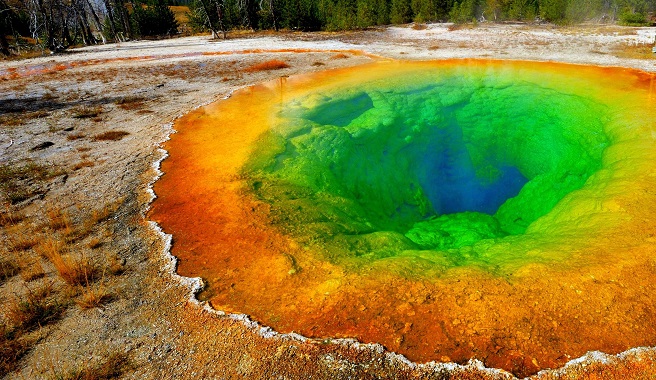 In the world there are endless beautiful places to discover, but few are as amazing as the Morning Glory Pool , located in Yellowstone National Park (Wyoming, United States). This natural hole was named for its resemblance to a brightly colored flower with the same name, although at first it was baptized as "Convolutus", which corresponds to the Latin name of said flower.

In reality, this hole is a geyser that has those curious colors as a result of the presence of bacteria that live in the water, which change color depending on the temperature. However, it has rarely manifested itself as such and the times that the burst of water has occurred has been as a result of an earthquake or seismic activity. 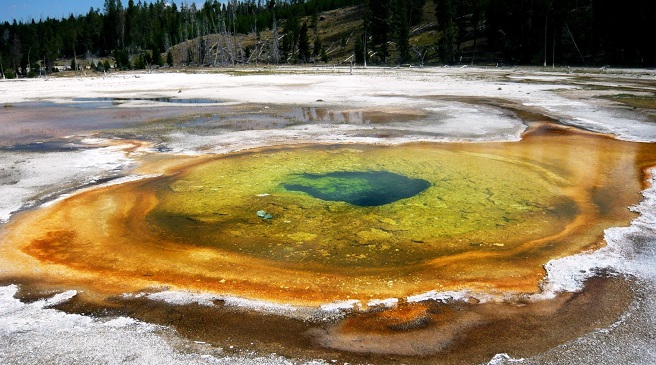 The magic of colors

As you can see in the photographs, the particularity of this natural pool is the range of colors of its waters: from the deep blue to the reddish shore, the entire spectrum of colors of the rainbow comes together . In the same park there are other chromatic pools, although they are not as visited as the Morning Glory Pool.

The vandalism of tourists

However, the Morning Glory Pool has been vandalized by thousands of visitors who have thrown stones, coins and other objects over the years, garbage that has affected the circulation of its water and has accelerated the loss of thermal energy. Therefore, her appearance has changed a lot in recent years and her temperature has dropped.

There are so many kilos of waste that the authorities remove from the interior every week that they have reached the point of rewarding those who denounce the unscrupulous.