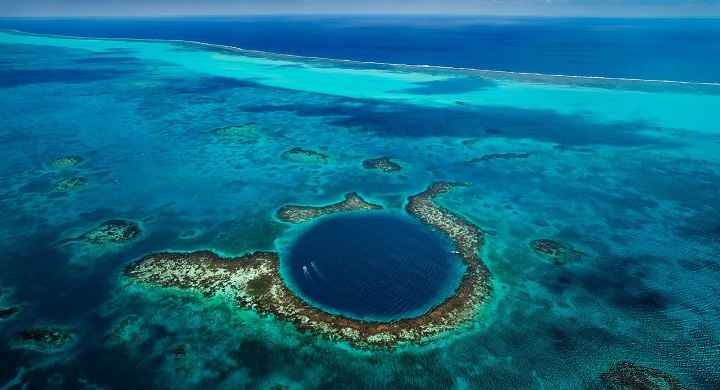 Surely you’ve heard of it on occasion, but since you most likely know little else apart from its location, today we want to give you all the details. We are referring to the Great Blue Hole of Belize , a hole that is more than 300 meters wide and 123 meters deep.

This phenomenon of nature is near the center of the Lighthouse Reef, an atoll located 100 kilometers from the continental coast, in the Caribbean. Do you want to know more about this impressive hole in the middle of the ocean?

Formed after the glaciation

Apparently, during the last ice age , when sea levels were much lower, the hole was a limestone cave system found on the surface of the earth. However, about 12,000 years ago, when the glaciation ended, the caves were flooded and the roof eventually collapsed. Today it is the largest phenomenon of its kind in the world and, therefore, it has been considered a UNESCO World Heritage Site.

📖  The airports with the best WiFi in the world 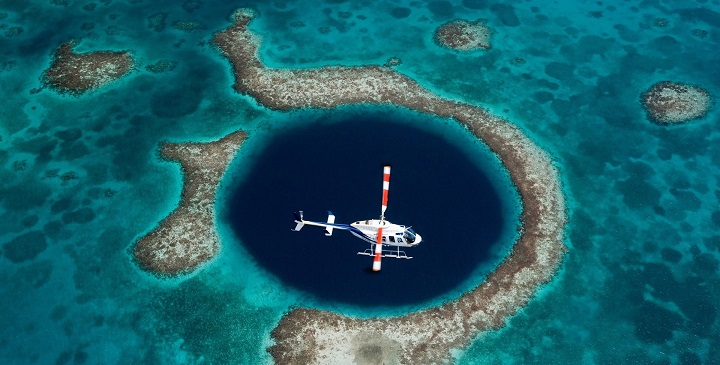 A paradise for diving enthusiasts

As you can imagine, the Great Blue Hole of Belize is a paradise for divers, both for the environment and for the species, sponges and corals that are inside. Among some of the most outstanding species are the giant groupers, nurse sharks, the Caribbean reef shark, the bull shark or the hammerhead shark. 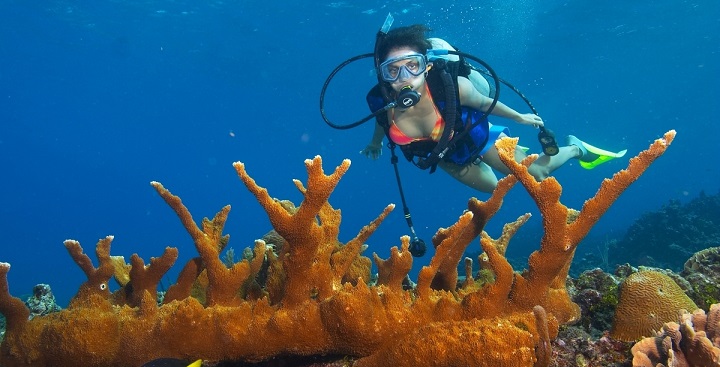 It is not necessary to dive to see that there is a huge hole in this place. And it is that if you look from the air, its dense blue color denotes the presence of great depth , especially if it is contrasted with the turquoise blue water around it.

📖  Hat Island: The most expensive island in the world