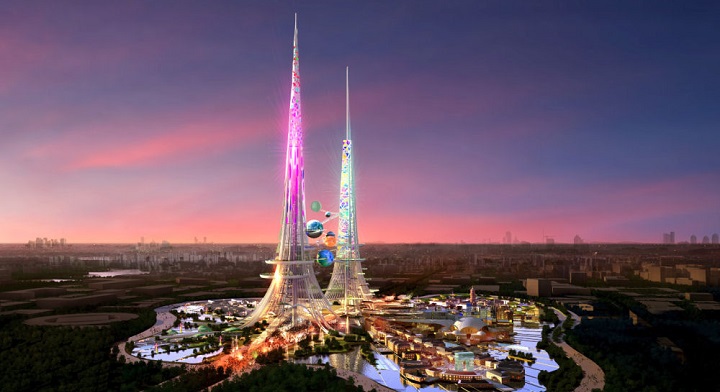 A few months ago we told you about what was going to become the tallest building in the world, measuring about a kilometer: the Kingdom Tower, in Jeddah (Saudi Arabia). However, this impressive tower has come up with a competitor in China.

And it is that in the Asian country a project carried out by the British architects Chetwoods has been launched that aims to build a building one kilometer high in Wuhan, a city located on the Yangtze River. Do you want to know more details about the Phoenix Towers calls? Well, be very attentive!

170 meters higher than the current tallest building in the world

In reality, it is about two twin towers, Feng’s and Huang’s, which aim to surpass what is still the tallest building in the world today: the Burj Khalifa in Dubai. In fact, the towers would be 170 meters taller than the famous skyscraper.

📖  Eating on the street in Beijing 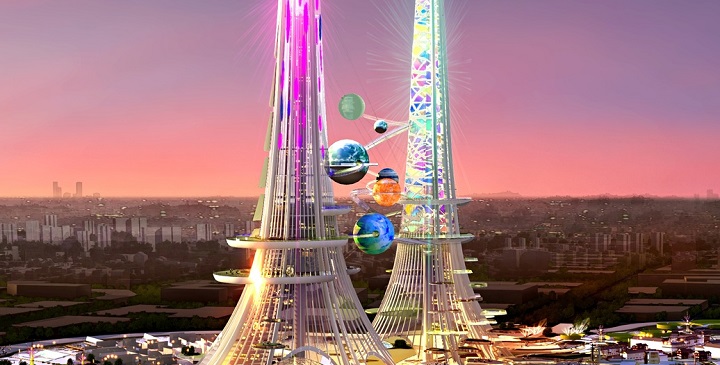 A vertical garden, a giant kaleidoscope and two balls of the world

According to the project architects, the buildings will occupy an area of ​​47 hectares and will have a vertical garden in one of the towers and the highest kaleidoscope on the planet . In addition, the building will house two giant world balls connected by flyovers between the two towers, where restaurants and shops will be housed.

Of course, the best thing is that in order to support the environment (we remember that China is one of the most polluted countries in the world), smart buildings will be chosen, such as light photovoltaic cladding, thermal chimneys, wind turbines, collectors and recycling. The construction of these towers has a budget of 1.2 million pounds, although the development is awaiting final approval. If the go-ahead is finally given, construction will begin next year.